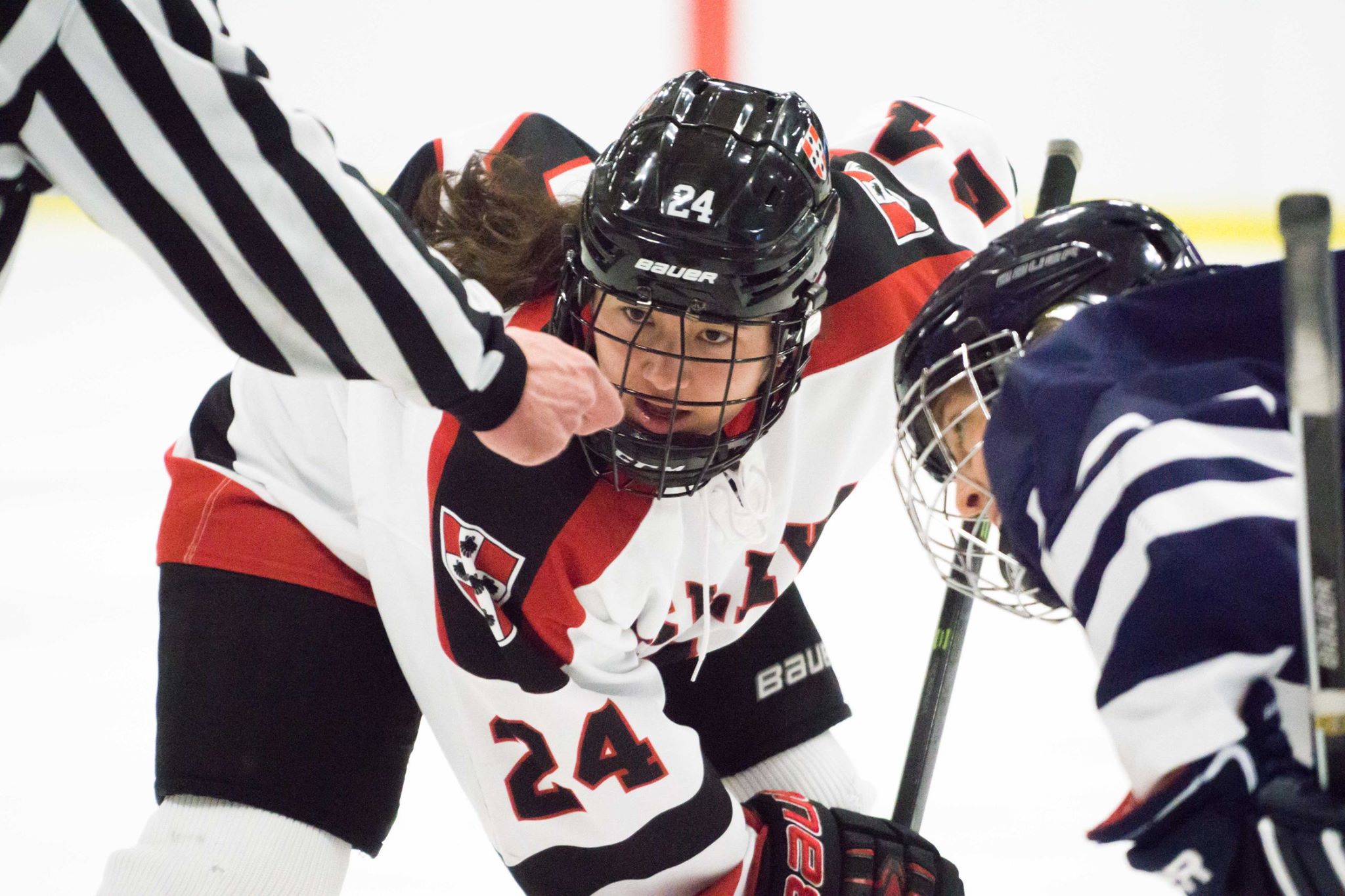 The women’s ice hockey team fell to Middlebury in two tough losses on Friday night and Saturday afternoon. Friday’s contest featured Middlebury coming on strong with a quick goal at 9:47 in the first period. After this initial score, however, the Cards held out strong and kept their defensive edge, resulting in a scoreless remainder of the game. Particularly memorable was Sam Smith ’20’s performance in net, making 36 saves in Friday’s game alone. Saturday brought a 4-2 loss for the Cards, though this contest also contained silver linings. Cici Frattasio ’18 and Alicia Nickolenko ’20 assisted Ellery Sarosi ’17 for the first goal. This assist makes Frattasio the team leader in points for the season, with a total of ten, split evenly between goals and assists. Smith also made another valiant effort in goal, this time making 27 saves.

Despite these recent losses, the team has improved markedly this season, especially within the NESCAC. With three weeks left in the season, the Cards have won nearly double the number of games as the 2015-16 season and four times the number of games in the conference. In fact, the team hasn’t done this well in the conference since 2013-14, and before that, the 2003-04 season.

One reason for this year’s success has been contributions from the younger members of the team, specifically first-year students. The rookies make up almost a fourth of the team. This season, they’ve been responsible for two goals, eight assists, and 462 saves. Goalie Allegra Grant ’20 has made 292 saves this season, and earned NESCAC Player of the Week during the week of Jan. 23. She was praised for her .986 save percentage in a weekend series against Hamilton, saving 75 of the 76 shots she faced during both of the games. Her total save percentage at the time, .955, ranked her third in the NESCAC.

Another important rookie, Alexis Banquer ’20, has helped the team on the offensive end of the ice. This season, she’s scored two goals and made one assist. The Argus sat down with Banquer to discuss her experiences on the ice thus far, as well as her thoughts on why the team has had so much success this season. 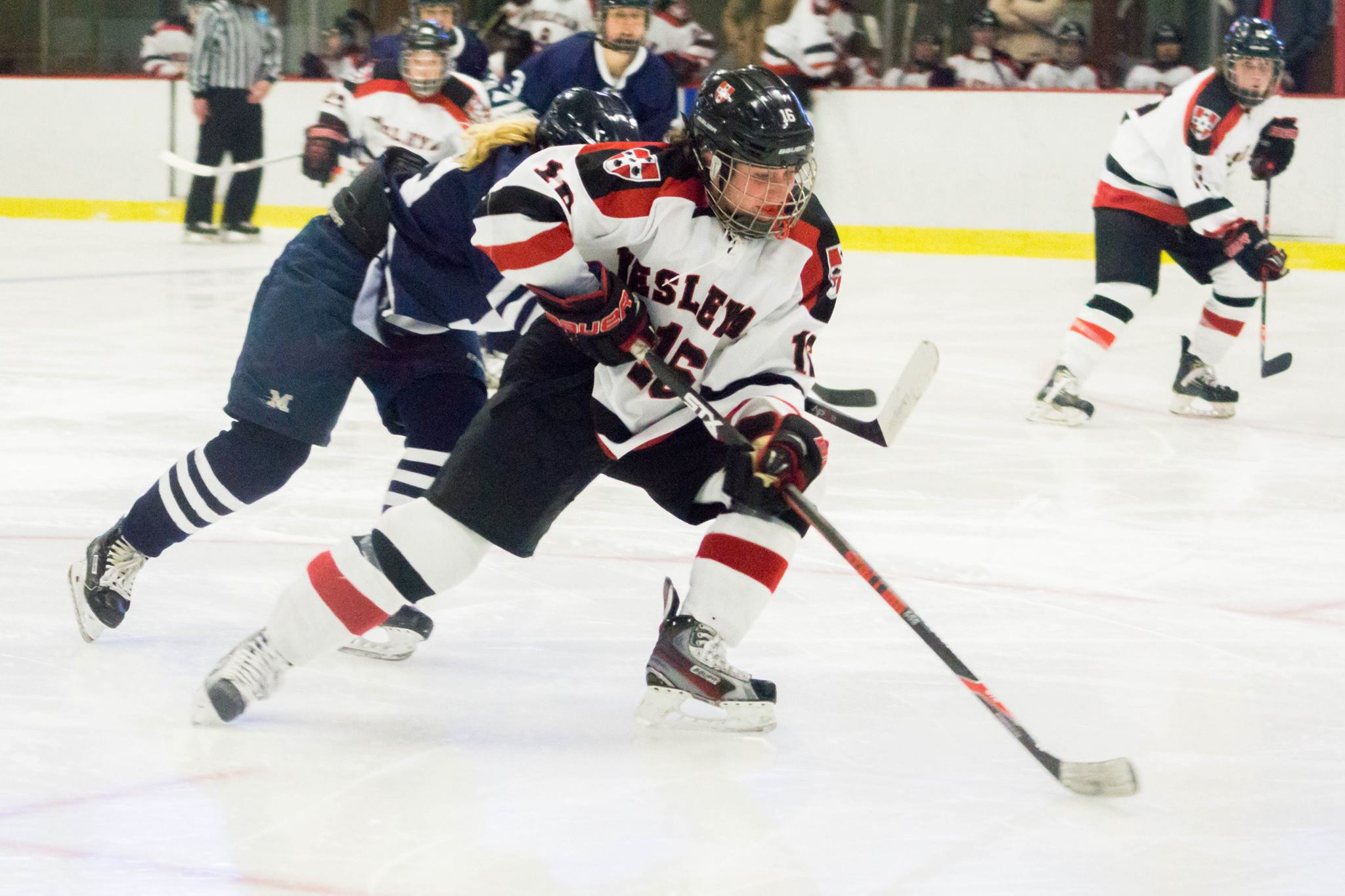 The Wesleyan Argus: What’s it like being a first-year on the team?

Alexis Banquer: As soon as I got to campus the upperclassmen were extremely welcoming. We are an extremely tight-knit group of girls who support each other endlessly. While it’s a big transition making the jump from high school to college, the transition was not nearly as difficult as I thought it would be. That’s thanks to the overwhelming support from the rest of the team and the coaching stuff.

WA: What’s your favorite thing about the team?

AB: I love the team dynamic, because both on and off the ice, it’s amazing. While there are a lot of first-year students on the team, the older girls were and continue to be extremely welcoming. They are so supportive and really make all of us first-years feel right at home. I also have to admit the playoff push is another one of my favorite things about this team because that’s when we really begin to play our best hockey and compete at our highest level.

WA: How has the team changed since the beginning of the winter season?

AB: As a team we have made huge strides since we first began captains’ practice. Everybody works extremely hard and pushes each other to be the best they can be on and off the ice. As a team we have grown immensely during competition and have beaten some of the top teams in the NESCAC. The teams we play and the league we play in is extremely competitive; everybody seems to beats everybody, which is nerve-racking but exciting at the same time. My team and coaches encourage me to be a better athlete, student, and all-around person, which I am extremely grateful for. After not making playoffs for the past few seasons it’s really great to come in as a first-year and help make an impact and build the program.

WA: After playing all winter break, what’s it like balancing school and the team?

AB: Balancing academics and hockey after winter break is somewhat challenging. That being said, our group is so close that it makes everything more feasible. It’s so reassuring to have constant support and encouragement from all the girls. What we have this season in our locker room is something special and I am so blessed to be apart of it. I can’t wait to see what the future has in store.