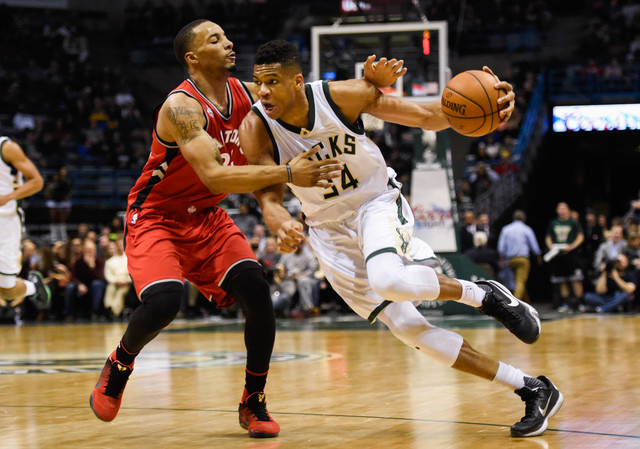 After Super Bowl LI takes place this coming Sunday, basketball will officially be the epicenter of the American sports universe. With the NBA All-Star break rapidly approaching, many organizations in the Association are sparring for playoff positions. If the season were to end today, the following recipients would be deserving of the notable awards for the 2016-17 season.

This award is a no-brainer. Embiid has been thoroughly dominant up to this point and has a legitimate gripe that he was not named an All-Star. Embiid is putting up tantalizing numbers – 20.2 points and 7.8 rebounds per game – considering the 76ers are limiting him to just 25 minutes per contest. Embiid has demonstrated that he can step out and be a three-point threat, as he is connecting at a 37% clip from long-distance, which is remarkable for a seven-footer. The 22-year-old native of Cameroon can also be a force on the block. Embiid’s post moves and diligent footwork are reminiscent of Hall-of-Famer Hakeem Olajuwon. Like Olajuwon, Embiid is a defensive menace as well, averaging 2.5 blocks per game. 76ers fans have been told many times over to “trust the process,” and now with the emergence of Embiid and a recent wave of team success – the 76ers are 10-5 in their last 15 games – the City of Brotherly Love has good reason to be optimistic about their basketball team’s future.

Randolph has really embraced his role of being the first man off of the Grizzlies bench. Randolph has been a starter in this league since 2003-04, so transitioning to a bench role would seem to be a major adjustment, but he has acclimated seamlessly. Averaging 14.1 points per game to go along with 8.4 rebounds, Randolph is excelling under first year head coach David Fizdale. Despite Memphis’ Chandler Parsons, the team’s major offseason acquisition, playing in just 20 of the Grizzlies 49 games due to a knee injury and their floor-general Mike Conley missing 12 contests with a lower back injury, the Grizzlies find themselves in the midst of the Western Conference playoff picture. At 35 years old Randolph, in the tail-end of a very underrated career, should claim the Sixth Man of the Year Award for his play so far this season.

The Greek Freak has an NBA body that general managers dream about. He stands 6’11” with a 7’3” wingspan and has become a point forward. After experimenting with it last season, the Bucks’ head coach Jason Kidd, decided it was time to give Antetokounmpo the keys to the car, making him the teams primary ball-handler. The Greek Freak has delivered, posting averages of 23.4 points, 8.7 rebounds, and 5.5 assists per game. Having just recently turned 22 years old, it is scary to think how good he could be. The leap from fringe All-Star to unquestioned franchise player, and arguably a top-five player in the league, makes Antetokounmpo worthy of the NBA’s Most Improved Player.

There may not be a player who wants an award more than Green craves the Defensive Player of the Year Award. After finishing second to Kawhi Leonard in each of the past two seasons, Green has really played this season with a chip on his shoulder. He felt he should have won the award last season, and he might have an argument, considering that he did compile more first place votes than Leonard. Regardless, Green is the defensive anchor of the best team in the NBA, which absolutely counts for something. He has the rare ability to guard both the quickest and strongest players on the opposition. His defensive versatility may be his greatest skill, and that ability to guard the perimeter as well as the post at such a high level warrants Green as Defensive Player of the Year.

The Rockets were abysmal last season considering the collection of talent that they possessed. After barely making the playoffs and then getting ousted by the Warriors in the first round in the embarrassing fashion that they did, it was no surprise that they made some radical changes this past off-season. Shedding the newly well-traveled Dwight Howard got much of the attention, but bringing in D’Antoni to be their head coach might prove to be the ultimate difference-maker. He has them playing at a rapid pace, as they are averaging 114.5 points per game, second only to Golden State. James Harden is also thriving under D’Antoni’s tutelage. Harden is averaging 29.1 points per game to go along with career-highs in rebounds per game and assists per game, with 8.2 and 11.6, respectively. The Rockets are currently positioned third in the Western Conference with a record of 35-16, and much of the credit should rest on the shoulders of D’Antoni.

There are so many viable candidates for this award; Kevin Durant, Harden, LeBron James, and Isaiah Thomas all have legitimate cases. But at this point in the season, Most Valuable Player is Westbrook’s award. The man is averaging a triple-double, with an otherworldly 31 points, 10.6 rebounds, and 10.2 assists per game. That has not been done since Oscar Robertson did so way back in 1961. With the departure of Durant, no one was quite sure what to expect from this Thunder team. There was some talk in the preseason that Westbrook would go bonkers to prove that he could be “the man” in Oklahoma City, but to predict he would be averaging a triple-double heading into February would have been considered asinine. The anti-Westbrook argument is that his team is not that great, so the award should go Harden, Durant, or another a player on an elite team. Yes, it is true that since 1988 only one time has the NBA MVP come from a team that was not a top-two seed in either conference. While it appears as though a top-two seed in the West is out of reach for the Thunder, the MVP should not be out of touch for Westbrook. Let me repeat: in 2017, a point guard is averaging a triple-double. In the NBA. While others are having terrific seasons of their own, Westbrook is on another planet and has turned Oklahoma City basketball into must-watch television.