Keep Your Cool: Lamar Jackson is Still the Heisman 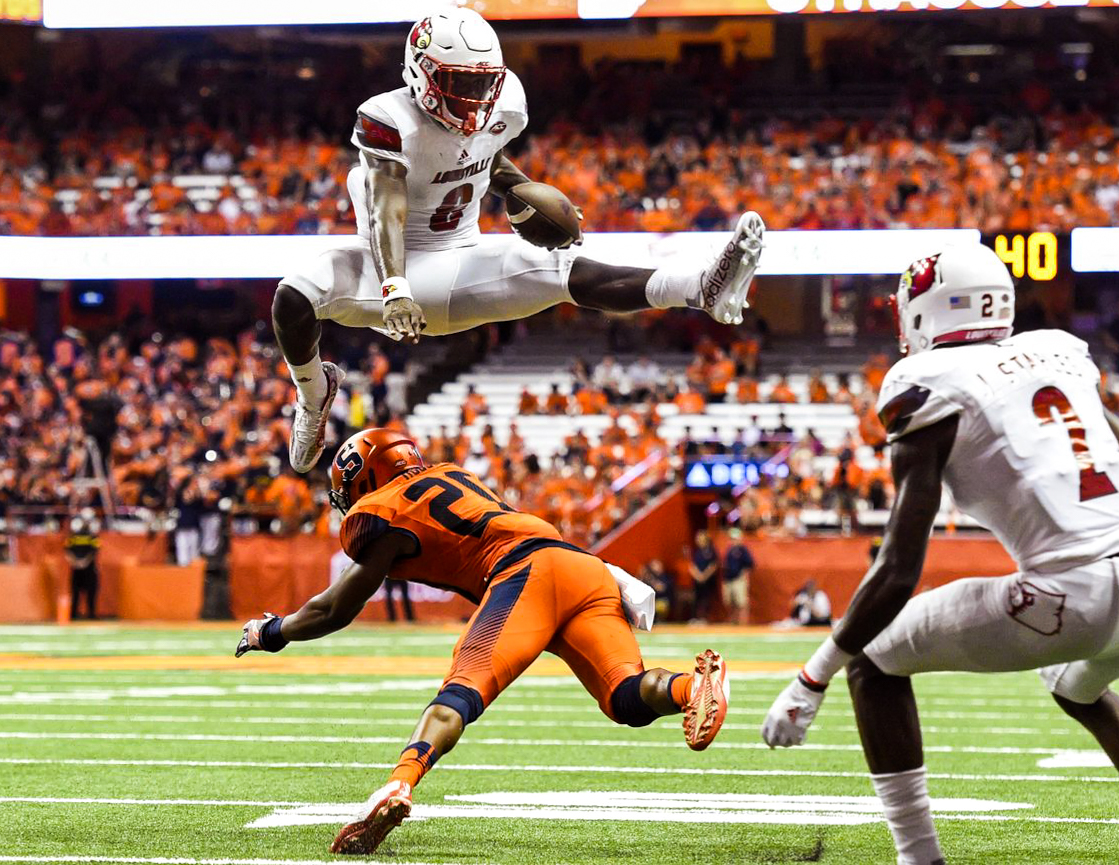 The Heisman Trophy is arguably the most coveted individual award in all of sports. On Saturday, Dec. 10, the Heisman fraternity will welcome a new member in its 81st annual year. While there are several Heisman hopefuls, only one player can take home the esteemed Heisman Trophy.

Below, in no particular order, are the top five student-athletes in contention for the prestigious award.

Jackson might be the most electric player college football has seen in a long time, perhaps since Michael Vick took Virginia Tech by storm back in the early 2000s. Even Vick has given Jackson his due credit, tweeting earlier this year, “Jackson [is] 5x better than I was at Virginia Tech.” While Vick might be exaggerating a tad, Jackson has dazzled the nation all season while leading Louisville to national prominence. In his first game of the year, Jackson accounted for eight total touchdowns in the first half alone! That performance was microcosmic of Jackson’s 2016 campaign. The Miami native and Louisville quarterback has as strong a case as any player in recent memory for winning the Heisman Trophy.

Washington is the surprise team of the year in college football. As they began the year as the 14th-ranked team in the country, no one could have foreseen the Huskies nearly running the table, winning the Pac-12, and winding up in the College Football Playoff. Sophomore quarterback Browning has been sensational for Head Coach Chris Petersen and company. Browning has thrown for 3,280 yards and 42 touchdowns, while running for an additional four scores. While Browning likely will not win the award this year, he certainly belongs in the conversation. Being just a sophomore, he might be the odds-on favorite to win it in 2017 as the leader of a Husky team that brings back nearly every player of significance next season.

Peppers is the anchor of the Wolverines’ dominant defense and indisputably the best player on one of the top teams in the nation. While defensive players often get overlooked when it comes to the Heisman Trophy, Peppers should not be. He is a bona fide playmaker. It is as simple as that. There is nothing that Peppers cannot do. He is as lethal as any player in the country whenever the football is in his hands. It is not unprecedented that a Wolverine playmaker, who (primarily) plays on the defensive side of the ball, claims the Heisman Trophy; in 1997, Charles Woodson brought the Trophy back to Ann Arbor. Peppers hopes he can do the same.

Despite being on a mediocre Texas team that just fired its head coach, Foreman deserves to be in the Heisman discussion. In November alone, the Longhorns’ running back ran for nearly 1,000 yards in just four games. For the season, Foreman eclipsed 2,000 rushing yards, and only had one game in which he failed to rush for at least 130 yards. Averaging upwards of six yards per carry, Foreman was the lone bright spot for Texas this season and should be rewarded with a trip to New York City for the Heisman ceremony.

Often, it is the running backs at Alabama who garner the national attention. In recent memory, Mark Ingram, Trent Richardson, Eddie Lacy, Derrick Henry, and others have contended for a Heisman. This year it’s their dual-threat, true-freshman quarterback Jalen Hurts who is leading the number one-ranked team in the country. Hurts’ elusiveness at the quarterback position has added an element to the Crimson Tide offense that has been missing for quite some time. He has 33 total touchdowns as he has thoroughly dominated the fierce SEC competition. Alabama is college football’s best team, and Hurts is its most valuable player.

While all of the players listed are worthy candidates, ultimately this award is a no-brainer. Even with a couple of underwhelming performances to end the season, Lamar Jackson will win the 2016 award in one of the largest landslides in recent memory. Jackson has been otherworldly all season, putting up video game-like statistics. He has done his best LeBron James impersonation, putting Louisville on his shoulders, accumulating 4,928 total yards and 51 total touchdowns. Lamar Jackson will win the 2016 Heisman Trophy, and quite frankly, it should be unanimous.

Editor’s note: This article was written before the Heisman finalists were announced as Jackson, Peppers, Baker Mayfield, Dede Westbrook, and Deshaun Watson.