In Light of Election Results, Trinity and Brown Professors Talk About The American Policing Crisis 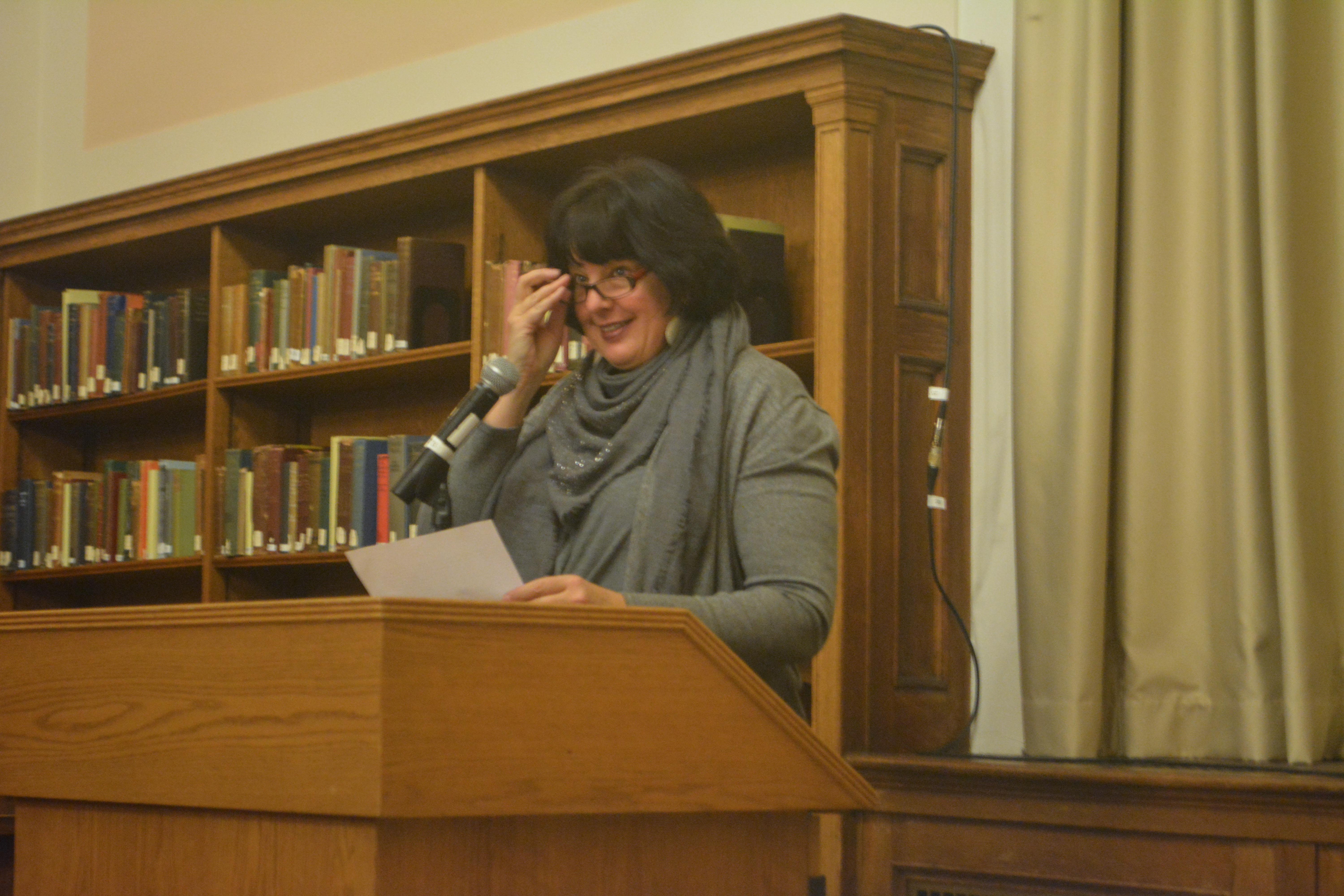 The talk began with Heatherton reading Gwendolyn Brooks’ “My Dreams, My Works, Must Wait Till After Hell.” Then, before talking about her book or the issue of policing, she addressed the “big orange elephant in the room” by giving comfort to the audience midst election results.

“We must be gentle with each other so that we can fight like hell together,” she said. “Our survival and the survival of other people is going to depend on it….I want to say on the outset that we are also trying to make sense of this new moment, and we hope that by thinking through questions of racism, of systemic violence, and consent to authoritarianism, that we will have the opportunity to do that together.”

Heatherton continued by diving into an overview of her and Camp’s book. People all over the country are organizing against police killings, and the intention of their book is to amplify those voices and bring them to the forefront. It is a collection of essays and interviews from organizers, scholars, journalists, scholar activists, and artists. They have also gathered images from anti-racism social movements, anti-policing movements, and pro-social justice movements such as the Black Lives Matter movement.

“This book is not just interested in how people have died as a result of policing,” she said. “We are trying to make sense of how people are being forced to live under it.”

She discussed the story of Eric Garner and the relationship between his “crime” of selling loose cigarettes to the trend of broken window policing. As she explained, broken windows policing is the policing of small crimes in an effort to prevent larger ones. It is this type of policing that is condemned by many for publicly discriminating and scrutinizing against minorities, specifically African-American males.

“Under broken windows, police regulate what are known as ‘quality of life’ violations,’” she said. “These are, in essence, crimes of poverty, things that poor, working class people aren’t uniquely engaged in but are disproportionally targeted for. It’s like having a broken taillight, selling loose cigarettes, or playing loud music.”

Heatherton continued by exploring the idea that the police have become the catch to all social problems. She questions why the policing in states are funded so heavily in comparison to other forms of combating social inequality. The militarization of the police teaches them to approach problems uniformly, which is problematic when they must perform an array of roles.

“When your only tool is a hammer, it looks like every problem is a nail,” Heatherton stated.

Camp spoke next, saying that we live in the deepest crisis in United States policing since the urban uprisings and the freedom movements in the 1960s. He says that while we aren’t sure what the outcome will be under a Trump administration, he anticipates a much more authoritarian police force to come. He then went on to discuss the subtitle of their book, “Why the Policing Crisis Led to Black Lives Matter,” and former New York police commissioner Bill Bratton, whose broken windows model of policing became the model of neo-racial capitalism in urban areas. He argues it became the dominant strategy of social control as the United States became the nation with the highest rate of incarceration.

“The success of this model of broken windows has functioned on one hand as an urban strategy for the gentrification of the city, meaning capitalism,” Camp said. “But on the other, it functions as a revenue generator.”

He also highlighted how this new urban security regime has given rise to dramatic social movements in Ferguson, New York City, Baltimore, and Chicago. He also discussed his vision for abolishing broken windows policing.

After both professors spoke, the talk opened up to a Q&A session. Students asked about social implications of policing tactics in a larger context; tracing private prisons within the neoliberal engine; intersections of disability in police violence (whether mental or physical); and what sort of research has been done for nations looking for a way out with the setbacks of neocolonialism.

Camp and Heatherton responded to these questions by addressing specific incidents of police brutality, such as the over-policing of Skid Row and Eleanor Bumpers. They spoke on how places such as New York City, where working class people of color live, have been transformed into quasi rehabilitation neighborhoods and are put under constant surveillance and make young generations criminalized.

“This talk was really powerful,” Katie Frizzell ’20 said, an attendee of the event. “During a time of such political turmoil, I’m glad to know such smart, inspiring people walk among us. It was moving.”