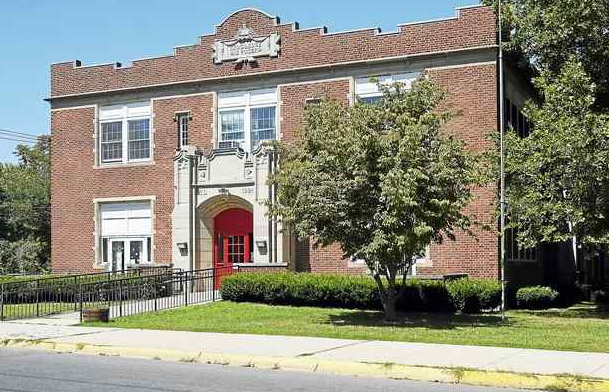 The Middletown Board of Education is expected to decide whether or not to close one of the district’s eight elementary schools at their meeting next month. This move would be made in order to free up space for the budget and would save $750,000, according to Middletown Superintendent Patricia Charles.

Over the past few months, the Ad Hoc School Closure Committee, a sub-committee of the Board of Education, performed a study and discussed many options for the elementary schools. A recommendation was given to the Board of Education that none of the schools should be shut down, but certain members voiced that if one school absolutely had to be closed, it should be Macdonough Elementary School in the North End of town.

The decision is imminent, as Charles is expected to propose the budget for the following academic year sometime in December.

Anna Lu ’17 explained that the North End of town, where Macdonough is situated, houses some of the most economically disadvantaged residents of Middletown.

“Macdonough is central to the location specifically for the reason that parents and residents can walk their children to school,” Lu said. “There are over 240 students that attend this school that would get dispersed to other locations around Middletown. There is a petition on Change.org titled ‘Save Macdonough Elementary School!’”

The petition, which currently has just over 750 signatures, was created to raise awareness on the importance of keeping the Macdonough School in operation.

“Macdonough has unique needs, so it is a very difficult decision because it is the hub of that community,” Charles said.

Many University students have dedicated time to the students at Macdonough and formed relationships with them through tutoring and other community engagement programs.

“Macdonough is in the North End of Middletown, which, unfortunately, is an area many Wesleyan students avoid,” Jess Wolinsky ’17 said, a participant in one such program. “This I think is because of a lack of understanding of Middletown in general. Because of this, Macdonough feels like a liaison between Wesleyan students and the North End. The privilege of going to Wes can often deter students from doing anything in Middletown except eating at their restaurants, and having a relationship with Macdonough absolutely changes that.”

The tutoring program between the school and the University has helped to provide these children with a foundation for their education.

“Macdonough has been a central partner with multiple Wesleyan educational programs,” Lu said. “This elementary school has not only provided these children with an education, but I have had the personal opportunity to work with these students. ASCEND, this bi-weekly tutoring program, offers homework help and interactive activities such as scientific experiments that question the difference of dry and normal ice. Children are the future, and with the destruction of one of these great programs, it will only create a greater economic disparity between the Middletown and Wesleyan communities.”

The Bread Salvage program is another way that Macdonough works in conjunction with the University.

“My program, Bread Salvage, brings bread from Freihofer’s Warehouse in Cromwell, Conn. to three schools in Middletown, but Macdonough is the only school that allows us as volunteers to pass out the bread directly to families,” Wolinsky said. “I have met several families this way, and though they do not necessarily rely on the bread for their families’ meals, Bread Salvage is a very important way to recycle bread that otherwise will be thrown out. Having an extra loaf a week is important to many of the people I have created relationships with at Macdonough.”

James Wilson ’17 has seen firsthand the effect that the University partnering with McDonough has had on many children who are students there.

“Each kid comes from a unique background and has a different outlook on the world around them, but at that school every kid can be at the same level regardless of social status,” Wilson said. “The kids love to learn and really love their teachers, although some might not want to first admit it.”

Wilson spoke to the implications of closing down the school.

“I might not get to see all of the same kids with some going to different schools, but that is much worse for the children as many would lose friends to close schools,” Wilson said. “Furthermore, the parents of many of the kids would no longer be able to walk their kids to and from school, and would therefore be required to spend more time away from work in order to transport the kids a further distance, as well as create the need for a car or bus.”

Wolinsky commented on the symbiotic relationship between the University and Macdonough.

“The parents with children at Macdonough are very open to allowing their children to interact with Wesleyan students,” Wolinsky said. “Because of their openness, Wesleyan students who are excited about elementary school education have been able to tutor Macdonough’s students in math and reading, as well as establish after-school activities for enrichment like Middletown Urban Garden Club.”

Wolinsky mentioned the unique qualities that characterize the University’s relationship with Macdonough.

“No other Middletown school really opens its doors for Wesleyan to do extracurricular activities with their students, which is what makes Wesleyan’s relationship with them so special,” she said. “I feel like Macdonough is more of a community than any other school I have seen in Middletown, and if it closes down, both Wesleyan students and Macdonough families alike will be devastated.”