State of the School Preview: What to Expect from Roth

Been living under a rock? Jake Lahut '17 catches you up on some of the biggest issues on campus to look out for in Roth's speech. 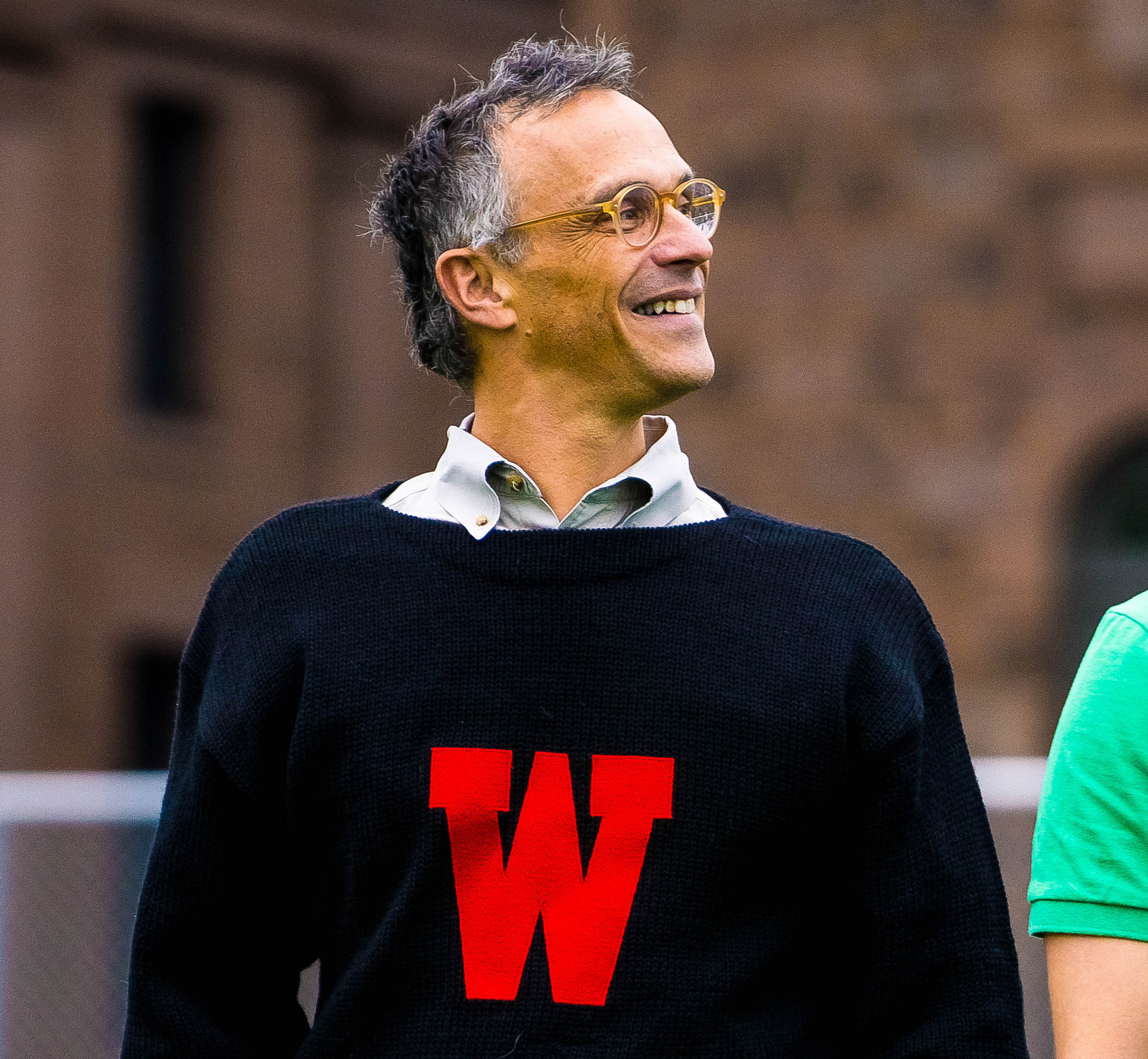 University President Michael Roth’s second annual State of the School address will take place this Wednesday, Sept. 21 at 8 p.m. in the Memorial Chapel. At a school with a campus culture rich in critical inquiry and protest, there are many issues that students will be looking for the president to address. The Argus compiled a list of issues that are important to students which is by no means comprehensive, but rather a survey of the student body based on our reporting and the campus climate at large.

Post-This Is Why: As of this academic year, the University has completed its most successful fundraising campaign in history with the This Is Why campaign, which raised almost half a billion dollars. Roth told The Argus in an interview on Monday that he plans to discuss University finances during his address on Wednesday, and that there are several core ways in which services such as financial aid and student groups can benefit from targeted investment in the University’s future now that the University has more money in its coffers.

Campus Discourse: In an op-ed published in The Washington Post and The Huffington Post, Roth defended students’ rights to maintain safe spaces on college campus, arguing that University of Chicago Dean Jay Ellison was seeking publicity by flogging the “bogeyman” of political correctness. Last fall, Roth defended freedom of the press while accommodating needs for inclusion and sensitivity in a blog post regarding The Argus’ publication of a controversial opinion piece that criticized and raised questions about the Black Lives Matter movement, citing an increase in violence against police officers that was empirically false at the time.

Black Lives Matter: On Dec. 8, 2014, Wesleyan students and faculty marched through campus and down to the intersection of Main and Washington Streets to call attention to systemic racism and police brutality. Students performed a “die-in,” blocking traffic in the area for some 30 minutes. Wesleyan was later billed for $7,500 by the City of Middletown for the police overtime required at the die-in. Wesleyan later paid the fine despite fervent protest from student activists. Roth marched with the Black Lives Matter protesters for a portion of the march.

Since then, the movement rallied around a call for increased inclusivity among some of the University’s oldest institutions, notably publications such as The Argus. Though no protest on campus has matched the scale of the 2014 march, many meetings of solidarity surrounding issues like police brutality and mass incarceration have taken place within the student of color community and beyond on campus.

Whether or not Roth addresses the movement by name in his discussion of equity and inclusion will be something to watch for. The University has also been rolling out a new task force that has proposed creating a resource center specifically for equity and inclusion. Students’ satisfaction with this task force has varied, and many will look to Roth for the overall strategy of efforts to make the University a more inclusive place.

Changes in Sexual Assault Policy: Sexual assault remains one of the most pressing problems on any college campus, and the University is no exception. With several recent documentaries on cover-ups of sexual assault on college campuses across the country, as well as notable incidents of lenient punishment for rapists such as Brock Turner of Stanford, the dialogue surrounding sexual assault has changed drastically in the past few years.

In light of the Sexual Violence Elimination (SaVE) Act, Wesleyan has made several changes to its sexual misconduct policy, as well as to how sexual assault is reported here. Which of these changes Roth mentions and highlights will set the institutional tone concerning sexual assault. More broadly, Roth’s willingness or unwillingness to dedicate a significant portion of time to this issue will be crucial to his trustworthiness among students, especially survivors of sexual assault.

Ethnic Studies: One of the major academic and cultural issues at Wesleyan is the treatment of its ethnic studies programs. The African American Studies (AFAM) Program has been understaffed in the past and arguably the present, resulting in the #AFAMiswhy campaign that became visible to social media users when many students changed their profile pictures to the de facto logo of the movement two years ago. The issue hasn’t exactly been resolved, and Roth’s tone and substance on this issue will be closely monitored.

Greek Life and Vacant Houses: After last year’s unprecedented vacancy of Wesleyan’s three major residential fraternities—DKE, Beta, and Psi U—Wesleyan is still negotiating its nightlife in what some are calling the “post-frat era.” Psi U is open again this year as a co-educated fraternity.

Some have accused Roth and the administration of being unfair and opaque in their treatment of Greek organizations, as was evident at the forum on Greek life that took place in Usdan before last year’s address and in subsequent discussions. Roth is a member and former president of Alpha Delta Phi, so it will be interesting to see if he cites his own Greek experience to support or distance himself from his decisions on Greek life. Additionally, many students will be interested in what he says about the social void left by the vacant houses, which were some of the most central spaces on campus for concerts and other events.

The University’s Financial State: Once in possession of the largest endowment of any university in the country—mostly due to our shares of Xerox stock—Wesleyan has long been panned by our rivals for having too small of an endowment for a school of our pedigree. This is starting to change with the profound success of the This is Why campaign, which raised $482 million from over 36,000 donors.

Although there will most likely not be anyone affiliated with Williams or Amherst in the audience, much of what motivates Wesleyan’s seemingly constant fundraising effort is its rivalry with members of the so called “Little Ivies” and the Ivy League, specifically our endowment per student, which is a key metric in the most influential college ranking systems. Wesleyan has climbed to the top 10 in Forbes’ rankings, and the class of 2020 has an all-time low acceptance rate of 17 percent. While some attribute this boost to the so-called “Lin-Manuel Bump,” Wesleyan’s increase in prestige could prove fortuitous for current and future students.

First-Generation and Low-Income Students: Wesleyan has made great strides in improving the experience of first-generation and low-income students. Many of these strides were due to the grassroots efforts of students who have formed supportive communities.

The culmination of much of this work—though by no means the last step—was the First Things First orientation program this year, where 30 first-generation students arrived on campus early at the same time as International Student Orientation for events specifically geared toward the challenges of first-gen students.

Many first-gen, low-income students believe, however, that there is much more that the administration could be doing to make Wesleyan a more equitable and inclusive institution. How trustworthy and relatable Roth presents himself to first-generation and low-income students will be crucial in progressing the dialogue that takes place between the administration and these students this year.

New Projects: Wesleyan completed several capital projects over the summer, so look for a humble-brag by Roth over the material improvement, and for a possible announcement of future projects.

Progress Toward Need-Blind Admissions: It is unclear whether or not Roth will even mention need-blind admissions, or an intent to return to a need-blind admissions policy in the near future, in his speech. This is an issue that galvanized many students when the policy change was made two years ago. Concern over need-aware admissions has not faded from student activism.