Peatix Platform Takes Hold at University and Beyond 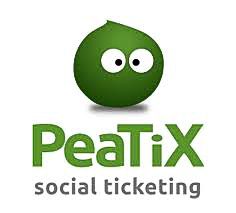 For those in the University community looking for a better way to showcase or organize events, Peatix might be the answer. Daniel De Rienzo ’11 is the Community Manager in the U.S. for Peatix, a global event registration platform that allows users to sell tickets, collect RSVPs, and promote events. Last year, Peatix launched its campus program with the University as its first partnership.

De Rienzo began his post-grad career in finance, but later sought a more exciting career. He was particularly interested in how start-ups were beginning to look into new markets to expand their businesses.

“What I was doing was what we call resale finance…[which is] financial advising which has evolved from the old stock brokers you probably see in movies,” De Rienzo said. “I really enjoyed studying economics, but I thought that in start-ups, it was much more of a creative role…working on products that I really use every day, compared to focusing on putting people’s money in different financial instruments that I haven’t built. I just enjoy start-ups much more; it’s exciting, it’s cool.”

When De Rienzo was a student at the University, he attended the Japan America Student Conference and met a number of people with whom he is still in contact. Later in life, he went on a business development trip to Tokyo, where he began working with a venture capital firm, SunBridge Global Ventures, that introduced him to the founders of Peatix.

Peatix was started five years ago by former Amazon Japan employees in Tokyo. It began with an initiative to support local music artists in Japan through a ticket-selling and marketing platform. However, it evolved into something much more comprehensive.

“When they founded the company, [it was around when] the earthquake happened in Japan in 2011,” De Rienzo said. “They found very quickly after they launched that the platform was being used by communities to meet for recovery efforts [and] relief efforts, and they saw that Peatix the platform could be a great way for groups and organizers of events to build a community and basically process transactions for people who wanted to come together and meet.”

Peatix initially expanded into Southeast Asia, followed by the United States, two years ago. De Rienzo joined the company a year and a half ago as Community Manager.

“What [being the community manager in the U.S.] means is [that I] find new partnerships, new initiatives such as university [partnerships], and focus the U.S. growth on different verticals that we want to enter,” De Rienzo said. “Another thing is to work with organizers of events, so I go to a lot of events in the New York area that use Peatix….I also go to great TedX events and really cool events in New York.”

At the moment, Peatix is what De Rienzo calls a “community-building tool.” What distinguishes Peatix from other online event platforms is the use of groups. Organizers can create groups within the Peatix platform and share their events directly with the members they invite. The public can also browse Peatix to discover different groups and join them.

De Rienzo believes the group structure and event marketing that Peatix offers can help connect the University community. Most campus events are currently publicized through Facebook, making it difficult for students to reach audiences outside their friend groups.

“We think it’s really great for students because, when I was at Wesleyan, there were so many little groups and so many different events here on campus,” De Rienzo said. “People would find out about [the events] through Facebook or by word of mouth. The event organizer would oftentimes not be sure of how many people were coming, or how to get in contact with people that wanted to come, or simply inform people that were interested in what they’re doing….So we just think that it would be a really great way for these groups on campus to publicize their events and also manage the people that are interested in coming in a very easy way online.”

Peatix is already being employed for a variety of events throughout the world. In Southeast Asia, the platform enables the public to purchase tickets to major concerts such as those of Bruno Mars or Weezer. In Japan, the platform is used for smaller, more eclectic musicians as well as fashion and technology meet-ups.

“In Japan, for example, we [have] one party called Udon Disco, where people go to a club and dance on udon noodles and then they eat them,” De Rienzo recalled.

In the United States, Peatix is primarily used to organize and publicize tech events. The company’s biggest partner is PechaKucha, a speaking event where people present ideas without showing 20 images.

Wesleyan was chosen for Peatix’s campus pilot program in the States because of De Rienzo’s connections.

“I really loved Wesleyan when I was there and still love coming back to Wesleyan as an alum,” De Rienzo said. “So we naturally thought that since I was an alum here and I still have relationships with some of the staff and some students that were still going to the University, it would be a really great school to launch our campus ambassador program.”

The company’s initial plan was to put all types of University events, from culture shows to Economics Department meetings, on its website, but this proved to be ineffective.

“We shifted it to starting to sponsor or to work with events on campus that needed to collect RSVPs, that had strict headcount limits, and so we worked with those organizers to basically use Peatix as a way to collect RSVPs and communicate with the people that were coming,” De Rienzo said.

The company wound up co-hosting a large DJ event last year in Beckham Hall in addition to serving as the ticketing management platform for ESQUE. De Rienzo estimated that through the different initiatives last year, about 20 percent of University students signed up with a Peatix account.

The relative success of Peatix’s entrance into the University last year can be attributed to the initiative of three University students who were involved—Yohei Okada ’16, Zhi Ming Gan ’18, and Shota Nakamura ’19—especially in utilizing Peatix in creative ways.

“We then worked with a couple of students on campus that really did most of the groundwork to find new organizers, find events, recruit the organizers,” De Rienzo said. “We really let them run with it and be super creative. That’s what we’re really interested to do this year as well, let the students be really creative and find new ways to integrate Peatix into the campus.”

De Rienzo hopes that the platform will be used to streamline University events and provide an easy-to-use platform for the community.

“[Peatix can] really helps students in their day-to-day lives because if they do become a member of a group, they will eventually hear about more events on campus and be able to interact with the people who are organizing the event through Peatix,” De Rienzo said. “They can use it to casually hear about the events they are interested in, other than Facebook, which gets cluttered.”

De Rienzo is now working with students at New York University to implement Peatix into their event management systems as well. He envisions Peatix as a reliable event management source for everyone to use, rather than face the clutter of events on Facebook.

“You can go on Facebook to do almost everything, [but] if you go on Peatix, you know exactly what to expect, and all the events you want to go to,” De Rienzo said. “It’s really great [because] you’ll find all the information that you’ll want to find.”