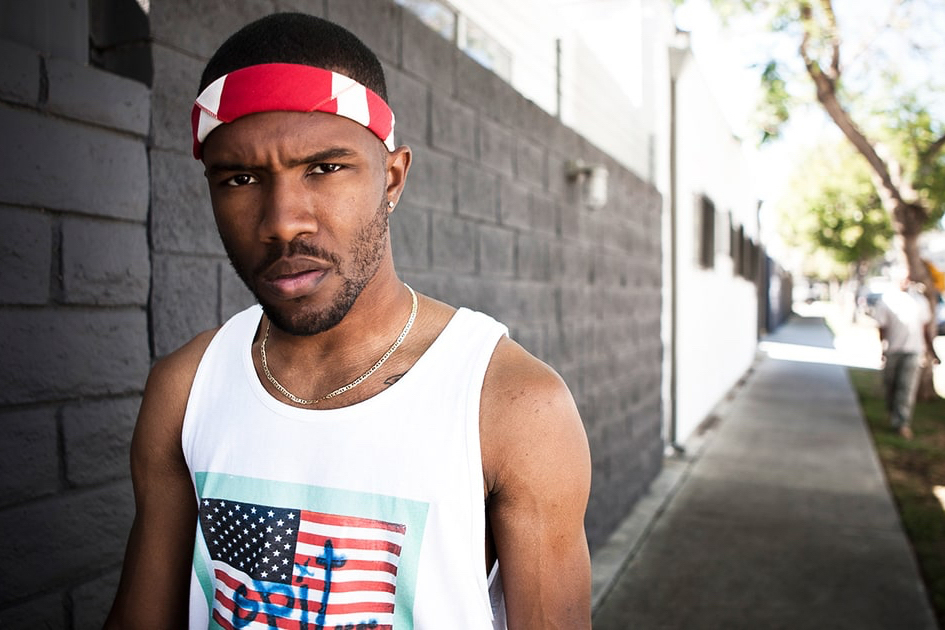 The music of Frank Ocean’s Blonde is subtle and poignant. The album adopts a multilayered approach and it takes several listens to fully unpack its meaning. Lost in his own world, Ocean is suspended in isolation. Ideas are entertained acutely for a moment and quickly abandoned. Even as Ocean loses a truly compelling strain of thought, you can’t help but anticipate whatever comes next. Blonde’s stylistic minimalism and the depth of its content have been thoroughly praised by the critical press. But the business strategy and rollout of Blonde? Well, there’s nothing subtle about it.

Much has been written about how Frank Ocean has dealt with his public celebrity. In the age of social media, Ocean went the Andre 3000 route, disappearing for long stretches of time from the public eye and refusing to conform to external pressures from anybody, especially his fans. When Ocean does reveal bits and pieces of himself for public consumption, the effect is often illuminating. Posts on his Tumblr have addressed topics from his sexuality to his thoughts on the Orlando shootings.

Unsurprisingly, Ocean decided to forgo conventional methods of promotion for Blonde. Over the years, enigmatic clues leaked out here and there, often confusing matters more than clarifying them (there was even a rumor, sparked by Ocean himself, that he might not ever make another album). There was a live performance of new music in Munich, Germany and a picture of Ocean in the studio with the video director Nabil. Finally, in April 2015, Ocean posted a picture on his Tumblr with the cryptic message “I got two versions.” The album was supposedly titled Boys Don’t Cry and was set to be released in July. That date came and went. In July 2016, Ocean updated his website to include a library due-date slip with various dates etched out. Ocean had ventured long past the point of stoking the anticipation of his audience. Instead, he dared them to be alienated by his approach. Many on Twitter were. As any critic of Kanye West’s last album will tell you, art that is rushed is messy, and often not in a good way. Fans couldn’t actually cast Ocean, the reclusive genius, aside because he was chasing the one thing they wanted desperately: a worthy follow up to Channel Orange.

So when Ocean finally revealed Blonde, the deliberate choices he made in its unveiling spoke volumes. After a false report that the album would be released on Aug. 5, Ocean released two albums in the span of three days, the first a streaming-only video album titled Endless on Aug. 18. The project was available exclusively on Apple Music, but it was not the album itself that Ocean fans expected. Instead, Endless is a meandering 45-minute visual art piece. Ocean builds a wood staircase as instrumentals play disparately. Even right after it dropped, few were under the illusion that Endless was the real Frank Ocean album we had all come to expect.

Through this ploy, Ocean was able to legally fulfill his contract with Def Jam, a label he has previously criticized, and become effectively independent when the time came to release Blonde. After arranging a contract buyout, he surprised his former label by releasing Blonde autonomously two days later through Apple Music. The move allowed Ocean to retain 70 percent of Blonde’s revenue under copyright law; he would have only earned 14 percent if the album had been released in tandem with Def Jam. As a result, the label has lost untold millions in sales. Shortly after Blonde’s release, Universal Music Group (Def Jam’s parent organization) and its chairman Lucian Grainge banned company artists from signing streaming-exclusive deals.

“Our view is that giving exclusives to individual streaming platforms for long periods of time is not good for the artist, it’s not good for the fans, and it limits the commercial opportunity for everybody involved,” Universal sources told Buzzfeed.

It’s not hard to believe this switch in institutional practice is at least partially related to Ocean and his team’s savvy maneuver.

Blonde debuted at #1 on the Billboard charts, and it’s possible Def Jam may sue for the $2 million they paid Ocean to help fund the album and not the sideshow Endless that he released through the label. The legal implications of Ocean’s move could become prohibitive especially now that Ocean is no longer a Def Jam employee. A potential contract dispute also raises fundamental questions about what the term “studio album” really means. How will recording contracts be formulated in the future to incorporate more specific criteria that restrain strategic plays like Ocean’s? Even when Drake released a “mixtape,” “If Youre Reading This Its Too Late,” to fulfill his contract with Cash Money Records instead of the studio album that would eventually become Views, it was an essentially commercial product, unlike Endless.

How successfully Ocean navigates this contract dispute may set a precedent for future imitators who may try and implement his successful business strategy. After all, if artists can independently cut exclusive deals with streaming services like Apple Music or Spotify, they can potentially command both the high revenue fees Ocean secured as well as payouts from these exclusive deals to fund album production. Major labels would traditionally provide capital and negotiate terms in these instances. Exclusive deals that limit the availability of an album for several weeks can be frustrating for consumers who do not have a membership to a particular streaming platform. But increased competition for content between Tidal, Spotify, and Apple Music can lead to better profits and more creative control for artists.

“There needs to be some radical change [in the business],” famed record executive and manager Steve Stoute told Billboard. “Artists believe they’re making hits and they’re not getting paid; record companies are trying to figure out how streaming services can get deeper penetration so they can get revenues back they’ve lost; and the artists are looking at the labels who own the services and saying, ‘What’s my cut of that?’ There’s an overall level of distrust and financial strain. What you’re seeing right now is a period of time where the business is going to undergo radical change.”

In the early 2000s, music piracy undercut the profitability of the major label distribution model. The Internet and social media also acted as a democratizing force for up-and-coming artists, allowing them to build their own following and test out potential artistic styles cheaply without the help of A&R Departments. In the age of the streaming wars, Ocean’s ability to independently monetize content may be one of the final pillars to fall for the “big four” recording labels that control 88 percent of the market.

Granted, major labels will still continue to be a dominant force in the music industry for the foreseeable future. The connections they have in the greater media landscape, as well as the substantial capital they can provide to support artists, are compelling advantages for their competitive model. One only needs to look as far as Adele, who employed a conventional promotional campaign for her latest album 25, which sold an incredible 3.38 million records in its first week (the highest first-week sales in Nielsen SoundScan history). However, the chaotic brilliance of Ocean’s Blonde release has undoubtedly shaken up the recording industry for good. At the very least, it introduces a new bargaining chip for artists that may further complicate the intrigue of label politics. While Frank Ocean may not be the loudest artist in music, if you look closely, his actions speak for themselves.