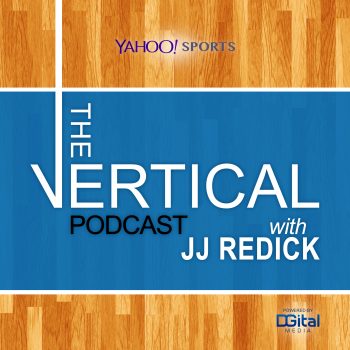 Podcasts are an easy way to keep up on sports news on the go. Sportscenter is great, but college students (and many others) simply aren’t home enough or don’t have access to television. The Argus suggests the following talk shows as great alternatives to normal broadcasts for fans of major American sports, as well as those interested in the off-field activity of the sports world.

The Vertical Podcast is one of a kind. It is a show centered around a variety of professional basketball topics with three separate hosts. The hosts are NBA player JJ Redick, NBA reporter Chris Mannix, and NBA insider Adrian Wojnarowski. Each of them host their podcasts separate from one another, but all form a part of The Vertical. In each episode, they provide intriguing insights and make their listeners privy to enlightening information from around the league. Redick provides the listener with the perspective of a current player and someone who is actively part of the game. He invites a plethora of former and current NBA players onto his podcast, and their discussions go into vivid detail on topics ranging from the difficulty of managing money as a professional athlete to their favorite pregame meals. Mannix and Wojnarowksi typically discuss the landscape of the NBA. They break down the games and discuss rumors that are circulating around the league. The Vertical brings on a variety of interesting guests from within the basketball community to enrich the conversation.

2. The Bill Simmons Podcast
Bill Simmons is a very polarizing sports personality, and it came as no surprise that he and ESPN cut ties last year. He now hosts his own podcast, and it is nothing short of riveting. He is a prototypical sports junkie and covers a vast array of topics on the sports spectrum. Simmons provides bold opinions and floors the listener with his brilliant sports mind. Yes, his podcast is a “sports podcast,” and he has hosted it with the likes of Draymond Green, Al Michaels, and Abby Wambach, but it is also full of a wide array of brilliant minds from outside the world of sports. He has also been joined by world renowned chef David Chang, Silicon Valley savant Chris Sacca, and best-selling author Malcolm Gladwell. Simmons’ hot takes, as well as his ability to have his guests truly open up and give honest answers, makes his podcast a must-listen.

3. The Lowe Post
This is another NBA centered podcast hosted by ESPN’s Zach Lowe. Lowe breaks down the NBA unlike anyone else in the business. He is blunt, matter-of-fact, and to the point. He pulls no punches in his analysis and is more often than not spot on in doing so. He talks in very technical terms, making this more of a podcast for a hardcore basketball fan, but nonetheless it is very enjoyable. He is very well versed in discussing each team from around the league and tries to make a point to watch each team 15-20 times throughout the year. The Lowe Post is as insightful as any basketball podcast on the market.

4. SI Media Podcast
Hosted by Richard Deitsch of Sports Illustrated, The SI Media Podcast is fascinating. In each episode, Deitsch interviews a different member of the sports media. He has spoken with an abundance of guests from a variety of media platforms such as ESPN, Fox Sports, Sports Illustrated, MLB/NFL Network, and TNT. Deitsch’s most notable guests have included Scott Van Pelt, Jemele Hill, Jay Bilas, Adam Schefter and Katie Nolan. With each guest, Deitsch asks them about their routines on a weekly basis, encouraging them to go into as much detail as possible to explain to the audience what they do to prepare for their respective shows. Deitsch also gets them to talk about how they got their foot in the door in the competitive industry of sports media. This sports podcast is different from most because it doesn’t directly deal with sports, but rather those who cover sports. It is especially interesting because oftentimes, we watch these personalities on television or listen to them on the radio and do not think of the time and effort they put in to make these productions possible. This podcast gives the listener an idea of what goes on behind the scenes of the shows that they so often consume.

5. College Hoops Today
The College Hoops Today Podcast is hosted by college basketball insider Jon Rothstein. As Rothstein states, his podcast covers all of college basketball from “soup to nuts.” In each episode, Rothstein tends to have a college coach on to discuss the week’s trending topics. The episodes are only about 25 minutes, but are filled with hot takes from around the college basketball landscape. Rothstein discusses the pressures of coaching at certain universities and the various expectations that accompany such coveted positions, as well as the difficulty of recruiting premier talent. This podcast should be required for anyone who considers themselves a college basketball fan, and even for those who aren’t diehard college fans, listening to this podcast once a week wouldn’t hurt when the time comes to fill out your brackets in March.