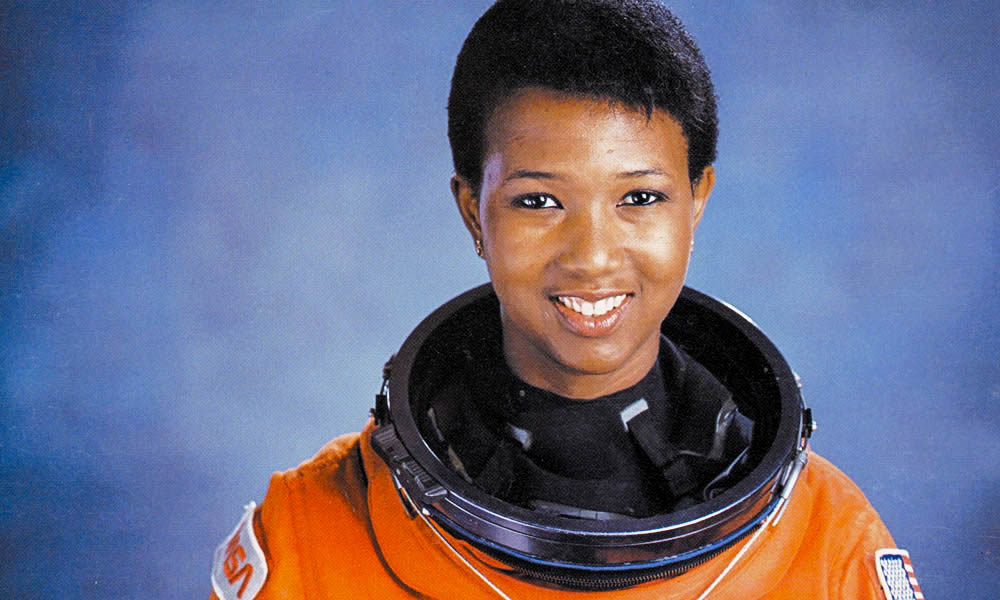 Dr. Mae Jemison, an American astronaut and physician, gave the University’s annual Sturm Memorial Lecture on Tuesday, April 19 in the Ring Family Performing Arts Hall, followed by a reception and observing session at Van Vleck Observatory. Her talk, “Exploring the Frontiers of Science and Human Potential,” focused on her devotion to her 100 Year Starship Project, of which she is the principal, aiming to make human travel to another star within the next century. Jemison is the first African American woman to have ventured into space aboard the Space Shuttle Endeavour and is a dogged promoter of STEM education.

“Her leadership and vision provides guidance and direction for the foundation and in fulfilling its goal of ensuring all the capabilities for a successful human journey to another star will exist by 2112,” reads Jemison’s biography on the 100 Year Starship website.

Throughout her talk, Jemison emphasized the the significance of interstellar travel, arguing that such expeditions are worthy endeavors to undertake. One of the main obstacles to space voyages, she explained, involves preparing for the uncertainties that exist with respect to interstellar travel.

“The interesting thing is, as we travel into space, it becomes black,” Jemison said. “Space is black, and in order to prepare for ‘going into the black,’ we really need to prepare to travel successfully in the unknown….There are all these issues that are associated with going into something where you don’t know all the answers, and that to me is what’s so compelling and powerful about it.”

Jemison addressed her concern that while astronomers are in tune with the need for space exploration, it is often more difficult for the public to see the importance of venturing into space since it appears to be far removed from their daily lives.

To change this perception, Jemison explained the need to involve a large and diverse population of individuals to assist in the effort of traveling into the unknown. Countries with robust space programs incorporate inclusive and transdisciplinary philosophies to achieve their goals, which helps make their research relatable to a larger audience.

“I really posit that if we expand our geographic scope of ourselves, then we’ll also better appreciate our home,” Jemison said. “That’s what 100 Year Starship is about…the purpose of process and impact.”

Abby Shneyder ’17, who is currently working on the Under Connecticut Skies project creating a museum exhibit to honor the last 100 years in astronomy, particularly enjoyed the way Jemison interacted with the audience during her lecture. Simulating the kinds of decisions and planning that go into a long-term space mission, she polled audience members, asking them to make seemingly mundane choices to demonstrate the depth of detail involved in such an endeavor.

“All of these questions, while ultimately fun to think about, underlined the connections between imminent space travel and current technological innovations and development,” Shneyder wrote in an email to The Argus.

At a more emotional level, Shneyder was excited to be learning about astronomy from someone who has actually been to space.

“What stood out to me about this year’s lecture was the nature of the speaker herself,” she said. “Every couple of minutes, suddenly I would be struck by this sort of rather obvious epiphany: this incredible woman has actually traveled to outer space!”

Drawing on her experience working with the Under Connecticut Skies project, Shneyder shared her excitement about being able to simultaneously look into the past and peer into the future of astronomy.

“Throughout the talk, I felt like I had rather luckily found myself at a particular pivot point in history, able to see both 100 years back into the past and 100 years forward into the future,” she wrote.

“I attended the Sturm lecture last year, and while the speaker last year was really inspiring, what was great about Dr. Jemison’s talk was that it really seemed geared towards those who may not know a lot about astronomy, or space, or physics,” Joskow wrote in an email to The Argus. “That doesn’t mean that the content was any lesser, but she was addressing many important questions that anybody could think about, regardless of their major or interests.”

Each spring, the Sturm Lecture features a speech by a distinguished astronomer with the goal of stimulating public interest in the sciences. Free of charge, it is sponsored by the Astronomy Department, the Allbritton Center for the Study of Public Life, the Baldwin Lecture Fund, and the Connecticut Space Grant Consortium. This year’s Sturm Lecture is also part of the Astronomy Department’s ongoing celebration of the Van Vleck Centennial.