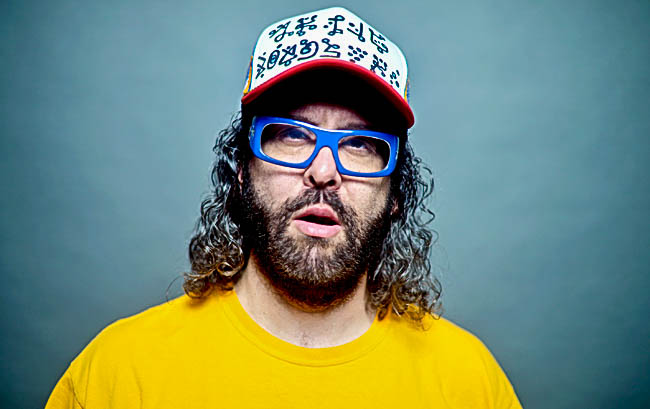 The Wesleyan Comedy Committee announced last week that comedian Judah Friedlander will be performing at the University on Wednesday, May 4 as part of the inaugural Sprung Flung set.

The goal of Sprung Flung is to create the equivalent of a Spring Fling for comedy, hence the Committee’s choice of the satirical title for their event. The Committee, broadly, hopes to serve a pivotal role in the way comedy functions on campus.

“We aim to serve as Wesleyan University’s primary programming board for outside comedic talent,” reads the group’s mission statement. “Our goal is to find comedians who will appeal to the student body and book them for shows on campus.”

The Comedy Committee is led by comedy-veteran Willie Zabar ’16, who hopes that this year will mark the start of a new tradition, rather than serve as a single event.

“Hopefully, we can work with the WSA [Wesleyan Student Assembly] and any other institutions in order to cement Sprung Flung in the Wesleyan calendar in much the same way that Spring Fling is a guaranteed event,” he said.

Sprung Flung’s strong start may aid in the Committee’s goal of raising enthusiasm for and continuing the annual event. Sprung Flung’s headlining comedian will have a face you’ve most likely seen under an epically-sloganed trucker hat on NBC’s “30 Rock,” where he plays the repulsive yet somehow lovable writer Frank Rossitano.

“We wanted to bring someone for Sprung Flung that would appeal to a majority of the campus’ sense of humor, who the members on Comedy Committee respected and knew would give a great performance, and who was excited about performing at Wes,” wrote Committee member Hannah Levin ’19 in an email to The Argus.

Zabar concurred, further speaking to the importance of bringing in such a performer.

“For me personally, and a few other people on Comedy Committee…[Friedlander] is a one of a kind performer; no two of his acts are the same,” Zabar said. “I think a lot of people will know him best from his work on ‘30 Rock,’ but he is first and foremost a stand-up comedian.”

In fact, Friedlander continued performing stand-up in New York throughout his time at “30 Rock,” maintaining his signature humor that involves deadpan tones and looks paired with outrageously pompous speech.

During the spring semester of his sophomore year, Zabar established the Comedy Committee with the express intent of inviting more professional comedians to campus.

“When I came here as a freshmen, there was a lot of money going towards outside musicians, but not a lot of outside comedians,” Zabar said.

Over the past two years, the group has hosted a variety of comedy acts. Performances have been primarily stand-up, including Adam Conover of TruTV’s “Adam Ruins Everything” and Aparna Nancherla, one of Time Out’s “Top 10 Funniest Women in NYC,” among others. The Committee has also welcomed improv from the Upright Citizens Brigade TourCo and, most recently, a web series screening hosted by DJ Douggpound and Brent Weinbach. The group has also embraced the idea of increasing education and awareness about comedy, with several of its events involving Q&A sessions or writing workshops with the performers.

While the recent focus has primarily been on Sprung Flung, members of the committee have additional goals moving forward.

“We also hope to bring a couple comedians to perform in the fall semester [and] make Comedy Committee produced stand-up shows more consistent,” Levin wrote. “Additionally, we are [adamant] about bringing underrepresented voices to campus. We want to bring comedians from diverse backgrounds to share their material and perspectives.”

Zabar agreed that he looks forward to seeing the Committee’s roster of events expand again following his graduation.

“Hopefully, [in the future] we’ll be able to do a large event with some smaller acts over the school year,” he said.

Judah Friedlander will be bringing his notable style to the Wesleyan stage at Crowell Hall, where he will perform after two student comedian openers. The Comedy Committee has partnered with the Center for Arts (CFA) and the Student Budgetary Committee (SBC) to ensure that the cost of the performance is low enough that all tickets can be free for students and their guests. For more information, contact Zabar at wzabar@wesleyan.edu.

UPDATE: Tickets will be available at the box office to Wesleyan students beginning April 26, with a limit of two tickets per student.