Vigil for Victims of Pakistan Suicide Bombing Held in Exley 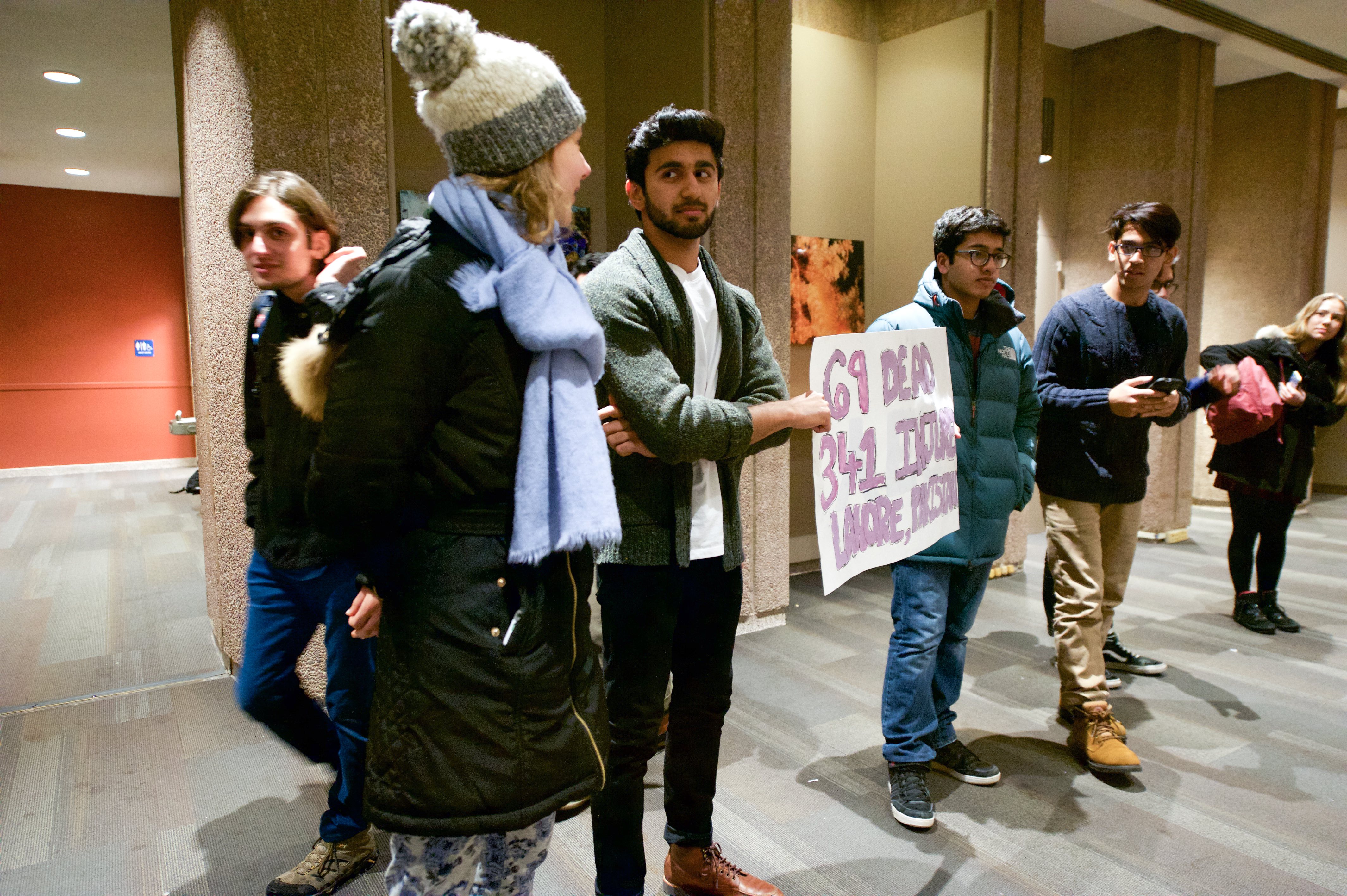 On Monday, April 4, a vigil was held in Exley Science Center for the victims of a Taliban bombing in Lahore, Pakistan on March 27. The suicide blast happened on Easter Sunday this year, killing 69 people and wounding more than 400. Since the bombing took place in a park, most of those affected were women and children.

News sources have said that the perpetrators intentionally targeted Christians. Christians make up two percent of the Pakistani population, and there are growing tensions between the Christian population and the “hardline” Muslim population that wants to see a strict interpretation of Islamic law. The Taliban has taken responsibility for the bombing, following another suicide bombing on a Christian community in Lahore in March of last year.

The vigil took place on Monday and began with a few words from Azher Jaweed ’19, the organizer of the event. There was then a moment of silence, followed by an open space for anyone who wanted to share thoughts and feelings about the event that transpired.

Jaweed planned the event as he thought there was not much exposure to terrorist attacks happening in the non-Western world.

“I guess the reason why we don’t talk about deaths in the non-Western world, particularly in countries like Pakistan, Iraq, Iran, is because it’s partly seen as ‘natural’ and seen as part of the ‘war turmoil’ that happens in the environment,” Jaweed said. “Quite frankly, by putting it distant from us, we accept these as attacks as a world that we will never come across and never care about.

Jaweed also aimed to use the event to create a connection with the victims of the bombing, even though they are on the other side of the world.

“Part of the vigil was trying to put faces behind those numbers and trying to show that even though these people are on the other side of the planet, their lives are remembered and should not be forgotten,” Jaweed said. “Steps should be taken to prevent further deaths, and I think awareness is just the beginning of that.”

Those in attendance believed that this was relatively successful. Justin Campos ’19 thought it was a powerful event.

“I think it was really impactful, especially as someone who is not of Muslim descent or who has relatives in Pakistan,” Campos said.

Campos also talked about the necessity of people staying together in times of terror, no matter where they come from.

“It was really powerful and really sent a message of sticking together and—even though we usually try to make bonds with other Western countries—reach out to non-Western countries during times of terror,” Campos said. “I think it’s also very important because we don’t do that very often.”

Robin Waterman ’19, believed the vigil was important and helped increase awareness about the student group Shakti on campus.

“I thought the vigil was extremely important and I think it really made a name for Shakti because a lot of people on campus know them as celebrating Southeastern culture, which of course has a really important role,” Waterman said. “But I hadn’t really seen them before as an activist and social issue group, so I thought it was really cool to see that side of the student group and I hope to see events like that in the future.”

Waterman echoed the sentiment of the necessity of standing together in times of terror.

“The vigil itself was really powerful,” Waterman said. “I loved that we were all standing in a circle and got to hear a personal story from one of the Shakti members, which connected it really well to everyone instead of just saying ‘here is a number.’”

The event, according to attendees, was very meaningful, and there was a general sentiment that people need to know more about attacks that happen on the other side of the world.

“I think a lot of people would not have heard of this tragedy without the vigil, and I only wish [the vigil] could have been bigger, because this is the kind of thing everyone should know about,” Waterman said.