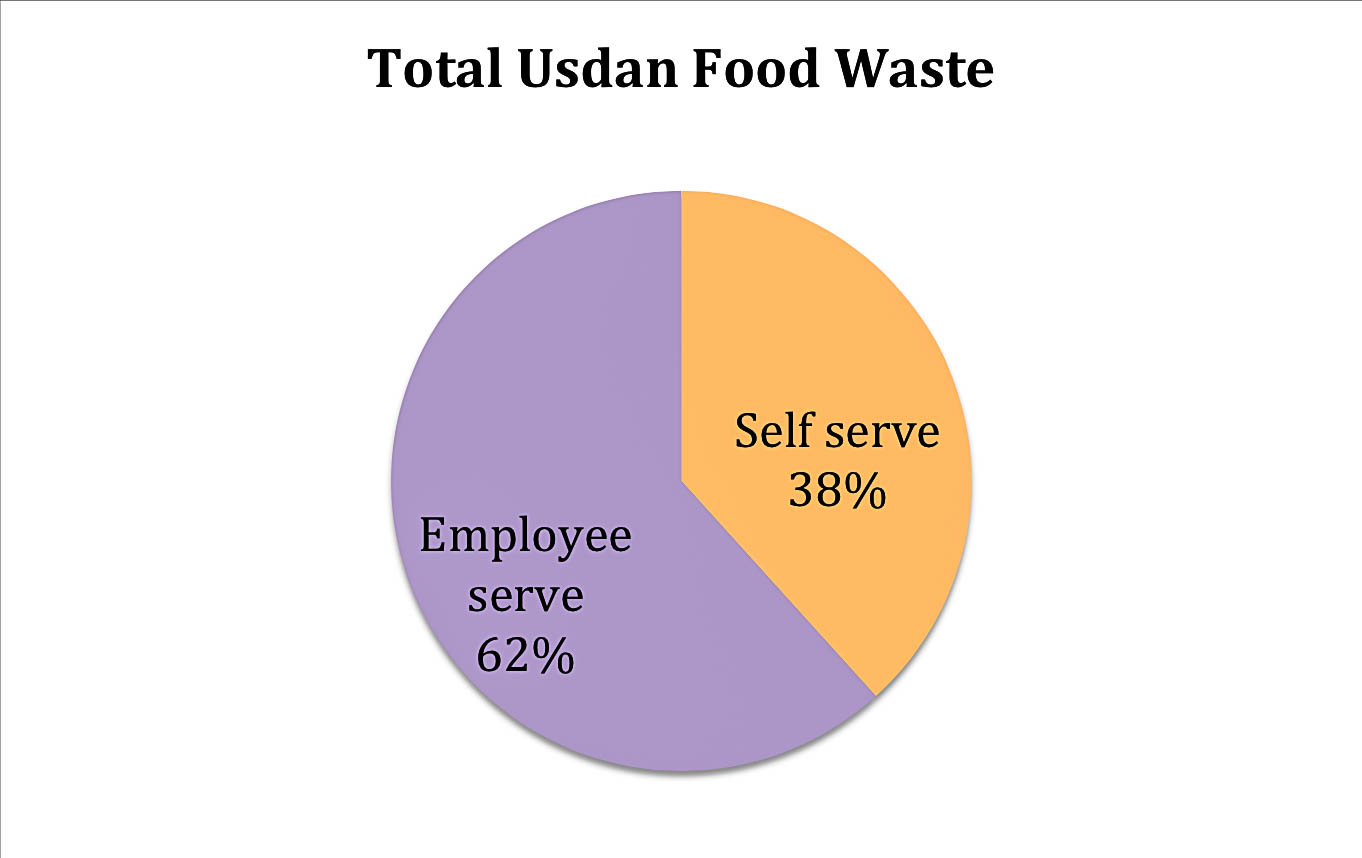 The Real Food Challenge (RFC) student group, in partnership with the compost dining interns at the University’s Office of Sustainability, have released their results from a waste audit that took place last December in an effort to discover the main sources of food waste at the University’s dining services.

The idea for the audit came out of the fact that the compost dining interns, who work under the University’s Office of Sustainability, have been auditing food waste every semester. The RFC wanted to take this one step further.

“The composting interns have been running food waste audits in Usdan in previous years, but we wanted to get involved and scrounge more information out of the leftover food on the plates,” Alex Fireman ’16, who is involved in the RFC, wrote in an email to The Argus.

The RFC is a national organization that is committed to empowering students nationwide to create positive change in the food system. The University’s RFC student organization aims to increase the amount of fair, just, and sustainable food on this campus through working with Bon Appétit.

“We run a calculator that computes the amount of ‘real’ food (categorized as fair, humane, local, or sustainable) that is purchased for our dining hall,” Fireman wrote. “We then use that information to work with Bon Appétit to find areas in our food purchasing where we could be making better decisions.”

The RFC hoped that the information gathered from the audit could be used to determine how to reduce food waste.

“We hoped that with this information we would be able to make tangible changes in Usdan and inform students regarding post-consumer food waste,” Fireman wrote.

The RFC then decided to analyze how much food was wasted from each dining station at the Usdan Marketplace.

“The general idea was to get a sense for how much waste is produced by employee-served stations as compared with self-served stations to see if there are any patterns that might guide management strategies,” Cassia Patel ’17 wrote in an email to The Argus. “For example, would it be more helpful to have signs reminding students to only take what they will eat, or would it be helpful to additionally provide more options for students to ask employees for smaller servings?”

Specific observations were also made regarding the amount of food waste.

“Most of the self-serve waste came from the vegan station and the burger station,” the report reads. “The vast majority of the Employee-serve food came from the Mongolian Grill line. There were many full plates of rice that were tossed.”

The second part of the audit was conducted during dinner time, between 5 p.m. and 8:15 p.m. The results yielded 73.5 lbs., or 28 percent of food waste from self-serve stations, and 186.5 lbs., or 72 percent from employee-serve stations.

“Based on our relatively split results, we decided to pursue both strategies and have created signs for each station and been in touch with the Bon Appétit Resident District Manager Michael Strumpf, about implementing a system for students to specify portion size,” Patel wrote.

Fireman elaborated on this collaboration with Strumpf, who she said was receptive to these ideas and that there might be more small changes in the Marketplace soon, including posters and options for smaller portion sizes.

The report suggests potential solutions. Most of these solutions included creating an option for smaller portion sizes, but some also targeted individuals’ behavior.

The group will be conducting another comprehensive food waste audit this semester and hopes that there will be positive improvements in the amount of food waste created.

“It remains really important to us and Michael that students retain their deciding power when eating, but that they are provided with more choices to make smarter, healthier, and more sustainable decisions,” Fireman wrote. “All in all, we really just want to see less food ending up in composting bins at the end of the day. It’s money down the drain that we could be using to buy more real food.”