Panel Lectures on Epidemiology and Politics of Zika Virus 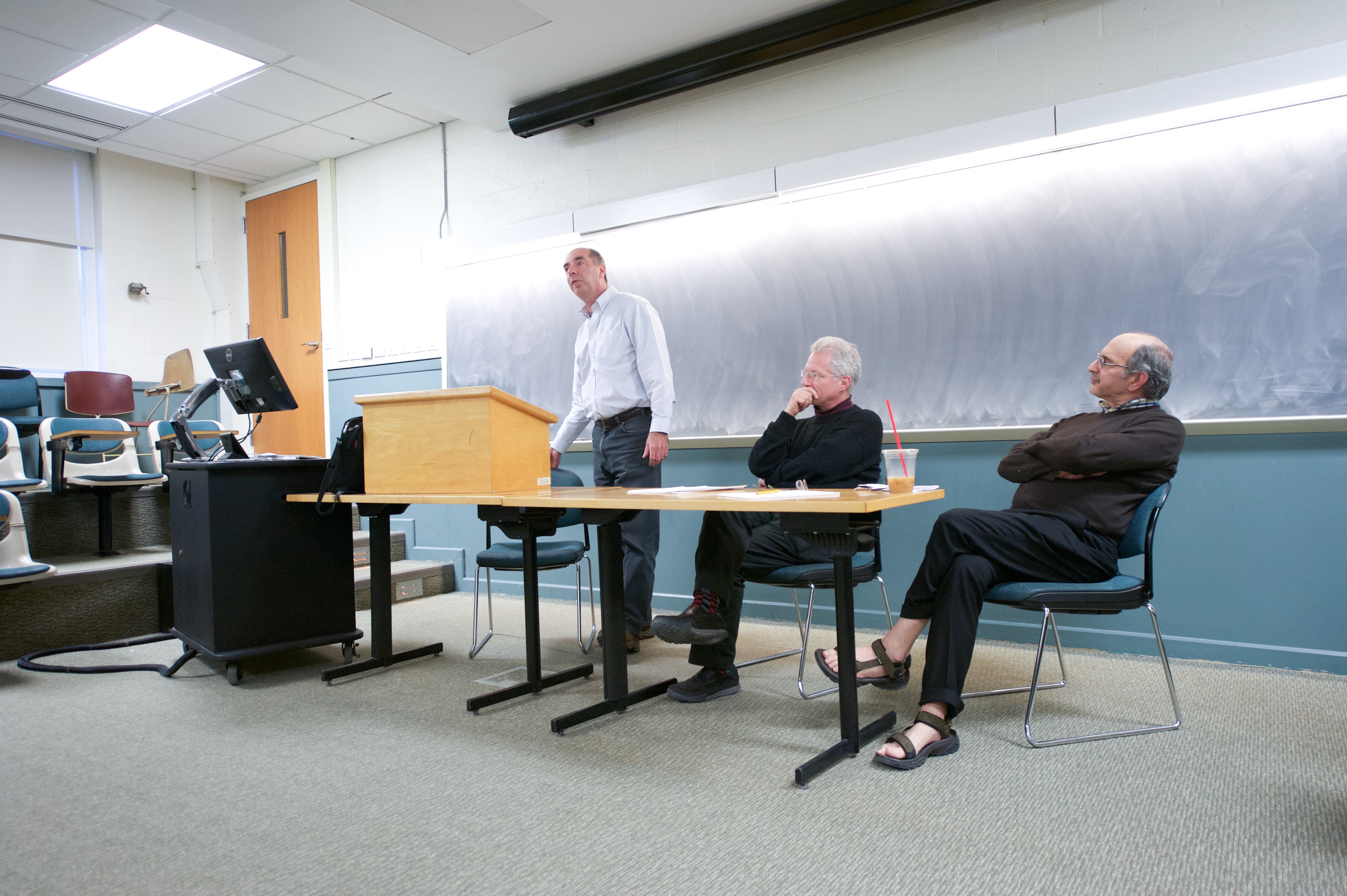 In the hour-long talk, panelists addressed the political, social, and public health concerns that the Zika virus has been raising since the start of the epidemic in April 2015. After being introduced by Assistant Professor of History, Environmental Studies, and Science in Society Courtney Fullilove, Johnston began the dialogue by providing a brief outline on the history of Zika, its status as an emerging disease, and the way it has evolved to become a global threat.

“Zika is absolutely fascinating in that…I don’t remember hearing about it until probably last December,” Johnston said. “There’s a website that gives up-to-date events on what’s happening where with what disease all around the world, not only with humans, but also with animals and even plants. It’s a very useful site to look and say ‘Okay, what’s unfolding right now?’ I don’t remember seeing Zika on there at least until November or December of this past year. In that way, Zika is very much an emerging disease.”

Johnston emphasized the youthfulness of the virus in that the first human cases appeared as late as 1952. Since the virus was so novel, only a very small number of scientific articles could be found about it at the time, and it was only in 2015 that the first PubMed article was published concerning Zika.

Following its emergence among humans, there have been three major sites of outbreaks of the disease: Yap Islands in 2007, French Polynesia in 2013-14, and the current outbreak primarily affecting the Americas. It is a mosquito-borne disease carried and transmitted by the Aedes agypti and albopictus species.

While the disease is generally minor with no long-term side effects, it has also been associated with microcephaly in newborns with infected mothers as well as the neurological disorder Guillain-Barré syndrome in adults.

“Some of the things we don’t know about what’s going on and what is going to change it in terms of the historical trajectory is what’s happening with the virus itself,” Johnston said. “One of the issues with microorganisms is that they evolve very quickly, and they can become benign very quickly or they can actually go in the other direction in a much more dangerous way.”

Cohan then provided epidemiological information regarding Zika, which he often mentions to his students in his course, BIOL171: Global Change and Infectious Disease.

“Pretty much everything I’ve learned about Zika has been in the context of teaching my course,” Cohan said. “When we had my lecture on Zika a month ago, I said ‘Okay, this lecture’s going to be up to date for this Tuesday, but tomorrow it will be out of date.’ And of course it was, because that’s how fast things are moving.”

Cohan stressed that between 1952 and 2007, only 14 known cases of Zika were reported, highlighting the extremely dynamic nature of the virus and its ability to adapt to a changing world.

“There has been evolution on the part of the virus that now is infecting tens of thousands of people in French Polynesia and into the Americas,” Cohan said. “So there’s something about it that’s making it be transmitted much better.”

Cohan explained the danger that mosquito-borne viruses possess that allow them to become more virulent over time.

“I am very worried about the spread of Zika in the United States,” Cohan said. “It’s no news that the two principle vectors of Zika are well into the [country].”

Specializing in public health systems of Latin American countries, McGuire was then able to put the outbreak into a political and social context, showing how affected nations may or may not be prepared to deal with Zika.

McGuire also emphasized the importance of eliminating mosquito breeding sites while simultaneously educating people on how to avoid being bitten. Though Brazil is hindered by an economic crisis, the burden of a maturing public pension system, a scandal in the state oil company, and political turmoil, it has a long history of disease control initiatives and good data on disease and history of public health research and experimentation.

“What the United States lacks is a public health structure with the size and efficacy of Brazil’s for destroying mosquito breeding sites, educating high-risk populations, and monitoring the spread of the disease,” McGuire said. “In the United States, for example, most mosquito monitoring and eradication is handled by 700 underfunded local agencies.”

Fullilove explained the importance of having an interdisciplinary discussion regarding the virus as it gains relevance worldwide.

“Epidemiologists, biologists, and environmental scientists are working together in policy contexts to devise models for predicting relationships between climate change and infectious disease; and we should look to the future,” Fullilove wrote in an email to The Argus. “But the past is also a useful ground for understanding links between ecology, disease, and politics; so historians can be useful here.”

She added that today, there is an increased level of significance that must be placed on the effect of a globalized world.