Sally Field Shines in Her Unique Indie Rom-Com, “Hello, My Name Is Doris” 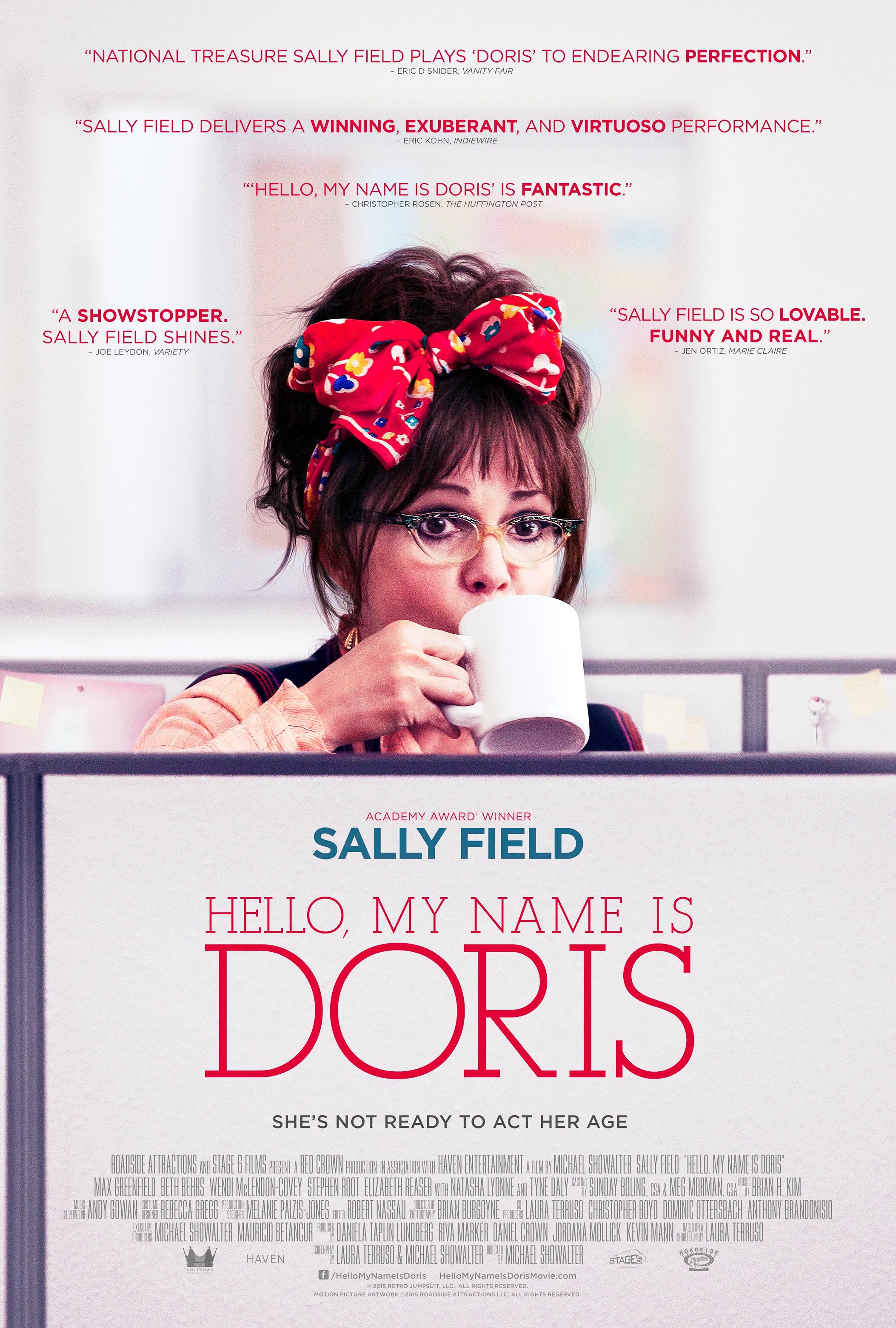 You may know her as the Academy Award winning star of “Norma Rae,” or for her role as Aunt May in “The Amazing Spider-Man” movies. But regardless of where you’ve seen her, Sally Field is back on the big screen, this time in a role that will make you wonder why she went off the radar after the Aunt May spin-off rumors. That being said, “Hello, My Name Is Doris” is not only one of the finest romantic comedies of the year, but one that defies the exhausted old-man-falls-in-love-with-a-young-woman narrative, by reversing the gendered roles and presenting it in a subtle, yet highly relatable, manner.

We’re introduced to Doris Miller (Sally Field) at her mother’s funeral, where she is approached by her brother and sister-in-law who suggest that she should sell her late mother’s house. Though Doris is reluctant to do so, “Hello, my Name is Doris” is not another movie about an old lady struggling to let go of her past. It is also a classic love story. Doris takes the ferry every day to her job in Manhattan, where she sits behind a computer in a small cubicle, invisible from her younger co-workers who never acknowledge her existence. With the arrival of a new art director, John Fremont (Max Greenfield), Doris begins fantasizing about him and finds herself attracted to an effortlessly charming man who is much younger than she. It takes Doris a motivational speech by a self-help author named Willy Williams (Peter Gallagher) and a fake Facebook profile under the name of Lilith Primrose to pursue a relationship with John.

The film’s plot is easy to follow, but is considerably less predictable than that of the average romantic comedy. The dichotomy between Doris’ desire to keep her mother’s house and her intergenerational romantic pursuit develops Doris’s character and engages the audience in the journey she takes to make amends with her past.

Regardless, Sally Field shines in her one-of-a-kind role, and captures all the qualities you would expect from someone infatuated by a newly found love. It is easy to call Doris a 60-ish year-old woman with the spirit of a 20 year-old, but Field proves that age is nothing but a social construct when it comes to livelihood and energy. As Doris puts on many colorful, and even neon, outfits throughout the movie, Field delivers a profoundly charming and sweet performance that never fails to capture the support of the audience.

With a budget of $1 million, “Hello, My Name Is Doris,” benefits from a highly talented ensemble of supporting actors and actresses, who each offer individuality and depth to their characters regardless of how significant their parts might be. Tyne Daly, who plays Doris’ best friend Roz, is a notable standout. Also featured is the online personality Anna Akana, who is known for her popular YouTube videos, and Beth Behrs, who is known for her leading role in “2 Broke Girls.”

Finally, one of the most typically underappreciated “characters” of cinema on display in “Doris” is the city of New York itself, which brings its brisk and spirited qualities to the many scenes that feature its urban architecture and East River scenery.

With “Hello, My Name Is Doris” Sally Field proves, once again, that she is still capable of offering an award-worthy performance. Hopefully her latest success on the big screen will finally convince Hollywood to put aside its ageist behavior and instead produce more movies featuring older women in leading roles, whose talent and intellect are the defining factors, not their age and looks.