Associate Professor of Classical Studies Lauren Caldwell filed a complaint against the University on Feb. 17, alleging, among other claims, Title VII and Title IX violations. 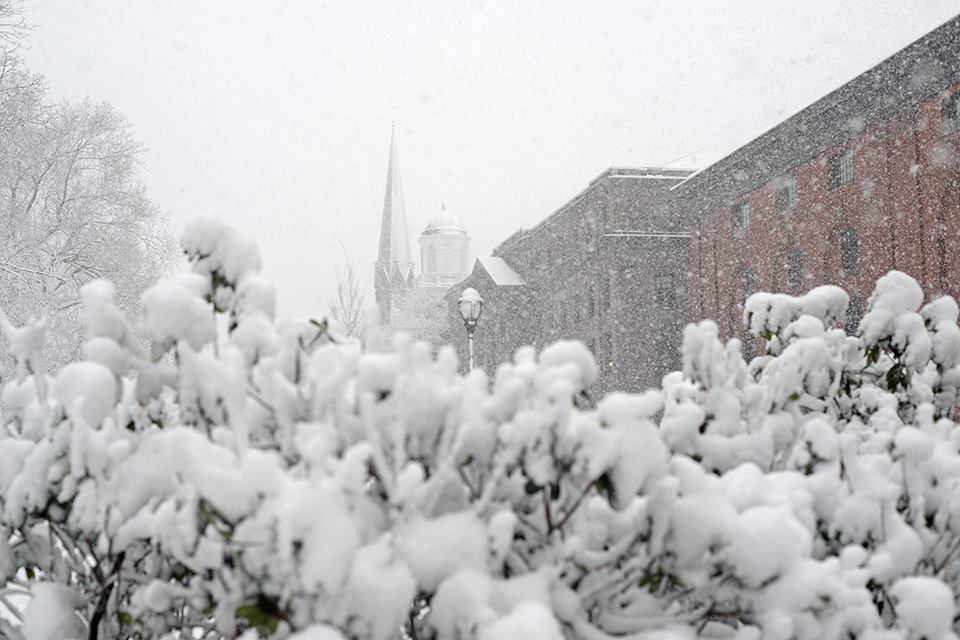 Associate Professor of Classical Studies Lauren Caldwell, who was granted tenure in March 2015, filed a complaint on Feb. 17 against the University in the federal district court for the District of Connecticut. The complaint states that Caldwell was sexually harassed by another professor at the University between 2012 and 2014, and states that Caldwell has faced sex and disability discrimination by the University in violation of state and federal law. The nine counts of discrimination and retaliation cite violation of Title VII, Title IX, the Americans with Disabilities Act (ADA), the Family and Medical Leave Act (FMLA), and the Connecticut Fair Employment Practices Act. Caldwell is not filing charges against the professor, but rather against the University for misconduct in resolving the situation.

The complaint states the professor began behaving inappropriately toward Caldwell as early as at a meeting in 2012.

“[He] made inappropriate and unwelcome comments about Plaintiff’s physical appearance,” the complaint reads. “Over the next year and a half, these comments continued and escalated to an increasingly sexual and overly personal nature.”

In April 2013, according to the complaint, Caldwell raised the issue with Wesleyan’s Title IX officer at the time, Vice President Sonia Mañjon, who allegedly told her that there was no way to resolve the issue informally. Mañjon left the position shortly after, and it was not filled until November that same year.

According to the complaint, in Feb. 2014 Caldwell was retaliated against for the issues she raised regarding the accused professor, causing professional setbacks.

In mid-April 2014, the complaint says, Caldwell came forward to Dean Joyce Jacobsen, now Provost and Vice President of Academic Affairs, about the professor’s behavior, and Jacobsen allegedly urged her to not file a complaint.

“[Jacobsen] warned that [the professor] would bring a counterclaim to any formal complaint,” the complaint reads. “She minimized the Plaintiff’s expressed concerns about sexual harassment.”

Allegedly, Caldwell’s claims were not reported to the Provost or to Vice President for Equity and Inclusion and Title IX Officer Antonio Farias, as University policy would require. Jacobsen did, however, conduct an unofficial investigation.

“Dean Jacobsen then performed her own investigation, although she is not authorized, trained, or qualified to conduct investigations at Defendant,” the complaint reads.

Allegedly, this investigation included reviewing emails between Caldwell and the accused professor and listening to Caldwell’s voicemail. Jacobsen stated that this investigation turned up “nothing actionable,” according to the complaint.

The complaint states that in late April 2014, Caldwell filed a formal written complaint to members of the administration. A month later she met with Farias, who promised to investigate Caldwell’s claims. In their second meeting, however, Farias allegedly dismissed Caldwell’s concerns and defended the accused professor, though he continued an investigation. According to the complaint, Farias also insisted that Caldwell do research for the investigation on her own time.

In an investigation outcome report, issued in July 2014 and quoted in the complaint, Farias stated that Caldwell’s evidence against the professor was insufficient.

“[There is] not enough evidence to make a clear statement that [the professor’s] behavior was deliberately harassing with the intent to intimidate or create an environment that was hostile in nature,” the investigation report allegedly read.

The investigation report also allegedly concluded that the accused professor had a lack of respect for boundaries and was in need of refresher training, but that the formal complaints of sexual harassment and retaliation were unfounded. The report allegedly also urged Caldwell to “mop up” the evidence of her complaint.

The complaint states that as a result of the University’s handling of the situation, Caldwell has not only dealt with setbacks in her career, but also had health problems that led her to take a medical leave of absence in the spring of 2015 and that further interfered with her research and professional development. She is alleging that the University did not provide her information regarding the medical leave in compliance with the FMLA. Caldwell also claimed a “short-term disability” as a result of these proceedings, which she claims was ignored in violation of the ADA.

Caldwell told The Argus that she did not initially wish to file a formal complaint against the professor, and that she hoped to find an informal solution that would solve the problem.

“I said, ‘That’s what I want. Please help me get it,’” Caldwell said. “No investigations, no formal complaints. I wrote a letter—it’s in writing—saying that’s what I wanted…and they refused. I’m getting blamed for this having happened though it’s clear that I wanted this very, very basic, minimum, informal thing.”