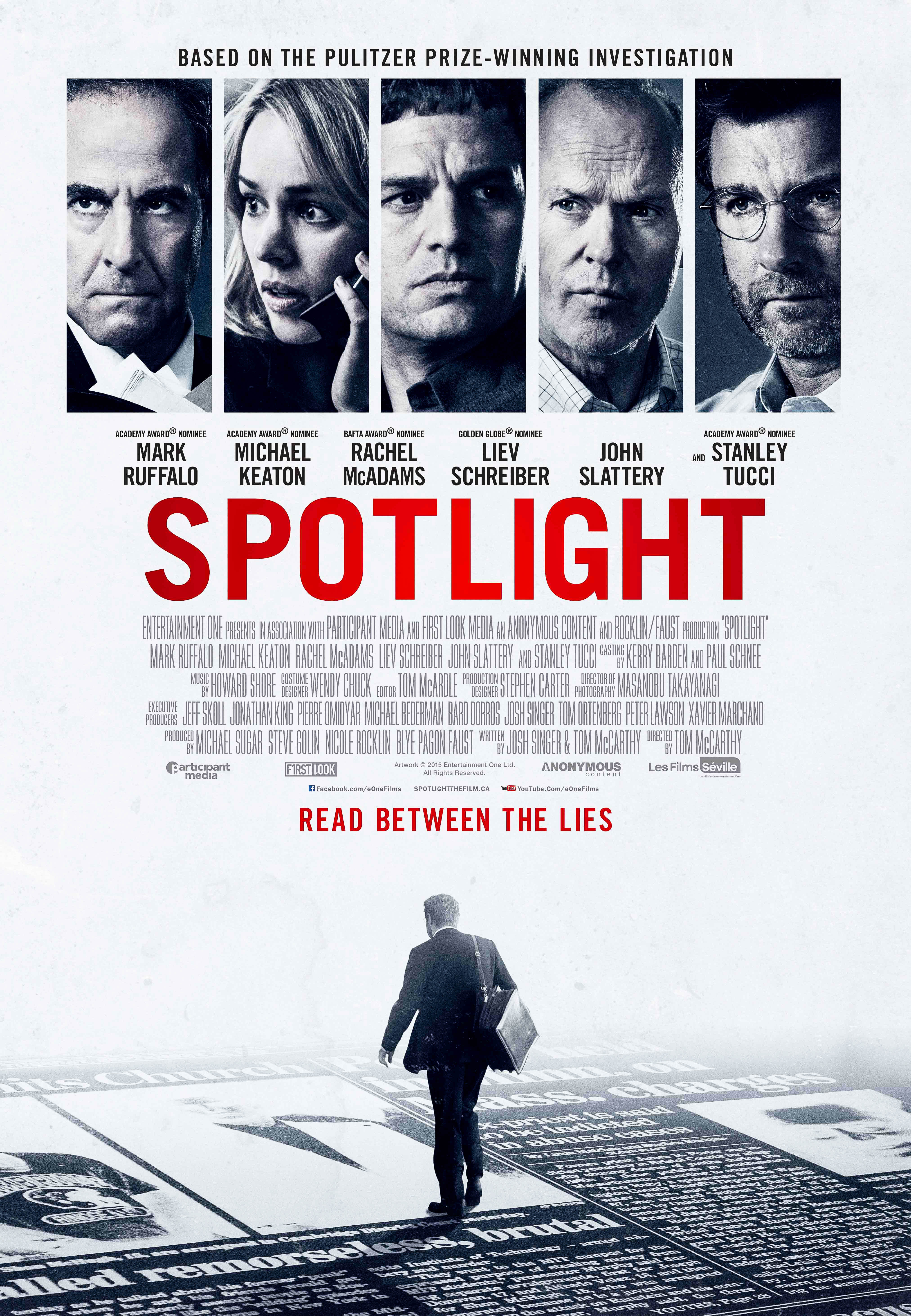 With the Academy Awards rolling around, The Argus Arts writers took a look at the nominees. Read on to hear our thoughts about who might win, which underdogs we’re holding out for, and which of the absent films should have made it into the Academy’s bracket. In the process, we examined how categories are organized, judged, and evaluated, and we revisited the films that moved us over the course of 2015.

“Spotlight,” Josh Singer and Tom McCarthy’s meticulous take on The Boston Globe’s investigation of systematic child sex abuse committed by Catholic priests, is the clear choice for Best Original Screenplay. In a film almost as detailed as the Globe’s Pulitzer Prize winning report, Singer and McCarthy somehow pull off the feat of making this film both unsparingly detailed and infuriatingly thrilling. As the investigative team headed by Walter Robinson (Michael Keaton) tracks down each new lead, the tension builds as the writers lift back the shroud of mystery that surrounded the practices of the Church—and allowed them to cover up their misdeeds through barely hidden legal and financial loopholes.

McCarthy and Singer succeed because they are adept at demonstrating how pervasive the influence of the Church was, and how far beyond Boston its misdeeds extended, while simultaneously never losing sight of the individuals who were affected in the first place. When a former victim remarks, “How do you say no to God?,” the writers turn the focus directly on the Boston-raised reporting team. As Michael Rezendes (Mark Ruffalo) screams, “They all knew. It could have been you, it could have been me, it could have been any of us.” As if it needed anymore momentum in this category, “Spotlight” won Best Original Screenplay at both the Writers Guild of America and BAFTA awards last weekend.

While “Spotlight” may be jogging to the finish line with a wide lead, it shouldn’t overshadow the merit of one film that has been almost completely overlooked by the Academy: Alex Garland’s “Ex Machina.”

The most inventive film of the year, “Ex Machina” is a sinister, and often sensual, take on artificial intelligence. While it’s hard to go wrong when Oscar Isaac is leading your cast, Garland’s writing pushes the leading man to his limit. The almost claustrophobic space of Nathan Bateman’s (Isaac) secluded compound is a perfect setting for the ravings and often deeply insecure remarks from the Elon Musk-like genius inventor. Blame it on the summer release or an unaggressive nomination campaign, but “Ex Machina” should have been a Best Picture nominee as well.

“Straight Outta Compton” also deserves its due. With producers that included Dr. Dre and Ice Cube, the film easily could have devolved into a phoned-in and sensationalist bit of revisionist history. But writers Jonathan Herman and Andrea Berloff prevent this disaster by refusing to shy away from the rough edges of N.W.A.’s history (although a critical storyline concerning Dr. Dre’s history of domestic abuse is strangely absent). In particular, it is the development of Eazy E’s character (played by Jason Mitchell) that deserves praise as an equal parts hilarious, troubled, and deeply sympathetic figure. Oh, and, while Suge Knight (played by an eerily Suge-like R. Marcus Taylor) doesn’t say much, with each word he becomes perhaps the most terrifying villain in a movie this year.

While its nomination was not much of a surprise, it’s great to see some recognition for a film such as “Inside Out,” which differs from the usual Oscar-baitey denizens of the category. In a rigorously well-researched project, Peter Docter’s writing is deeply melancholy and makes “Inside Out” a profoundly moving film.

Of course, every year there are many deserving films and filmmakers who are snubbed, and, surprisingly, among them this year is Quentin Tarantino. While it isn’t Tarantino’s best effort by a long shot, the slow build of “The Hateful Eight” is ultimately rewarding for anyone who’s willing to stick it out for the film’s explosive second half. Buoyed by Tarantino’s typically intricate storytelling, “The Hateful Eight” is both hilarious and gratuitous, and it offers a deeply philosophical take on the merits of frontier justice. Its chances were probably damaged because it’s the weakest of Tarantino’s latest trilogy, which includes “Djano Unchained” and “Inglorious Bastards,” but it’s arguably a more daring and creative work than “Bridge of Spies.” While the film’s final act takes place solely in a sparse log cabin, from the moment John “The Hangman” Ruth (played by Kurt Russell) says “one of these men is not who he says it is,” no elaborate special effects are necessary. A successful film this driven by witty dialogue (it’s almost Sorkin-esque) deserves a nod from the academy.