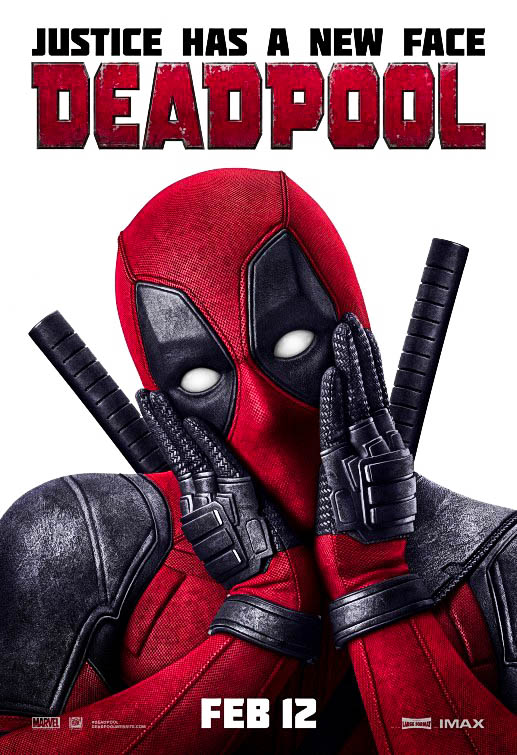 After years of increasingly stale superhero movies, each more confusing and boring than the last, Hollywood seemed poised to give audiences a release from this tedium in the form of “Deadpool.” The infamous character—known as the “Merc[enary] with a Mouth,” and celebrated for his juvenile humor, R-rated violence, and fourth wall breaking—should have been a clean break from superhero familiarity. The movie should have wowed audiences with its ridiculousness, its audacity, and its penchant for humor. For the first 45 minutes or so, “Deadpool” was exactly that: a shot of adrenaline and a departure from the cynicism that has driven franchises for the last few years. But by the end, it revealed itself as dull and cynical as the rest.

But I’m getting ahead of myself. Who even is Deadpool? Played to perfection by Ryan Reynolds, former mercenary Wade Wilson discovers he’s suffering from terminal cancer, just after he proposes to his girlfriend Vanessa (Morena Baccarin, of “Firefly” fame). Wade is recruited into a program that claims to be able to cure him and make him into an indestructible superhero. Unfortunately, the program is led by psychopaths, and Wade is brutally tortured and nearly killed. Wade is miraculously able to burn the facility to the ground and escape, discovering his newfound powers of superhealing in the process. Cue the montage of Wade hunting down his torturers and creating his special suit.

If all of this sounds like tedious, standard affair for a superhero movie, that’s because it mostly is. The film has some clever tricks, such as using flashbacks to bounce back and forth between Wilson’s origin story and some satisfying action sequences. Nonetheless, the plot is still so standard that even with the structural cleverness, crudeness, and meta-humor employed by writers Rhett Reese and Paul Wernick, the story and characters still register as flat. Wilson’s bartender friend Weasel, played by the normally excellent comedian TJ Miller, is perpetually bored looking, wasting the terrific jokes he’s given. The film’s main villains, Ajax (Ed Skrein) and Angel Dust (Gina Carano) are entirely bland and forgettable. As a movie about such an eccentric character, it deserved a more compelling or absurdist plot than a cookie-cutter origin story.

But perhaps I’m being unfair. After all, the true merit of any action film lies in, well, its action. In that sense, “Deadpool” (mostly) delivers. Director Tim Miller is stylistically frenetic, every punch, gunshot, and sword stab hitting hard and fast. The opening scene, a brutal brawl on a highway, is tense, fast-paced and thrilling; it also deftly inserts moments of comedy, such as when Deadpool talks directly to the audience or shows off his crayon drawings to the thugs he’s beating up in a moving car. The hyper-stylized fight choreography is excellent from start to finish. The action is distinctly bonkers and intense, exactly the kind of action that “Deadpool” needed.

And yes, while the plot is dull, the comedy really is fantastic. The opening credits aren’t even credits; they’re satire, mocking Hollywood tropes as well as the film’s cast, including Reynolds himself (he’s referred to as “God’s perfect idiot”). There are some wonderfully dark bits with a cab driver named Dopinder (Karan Soni), who’s in the midst of a romantic quarrel. Reynolds jokes about his failed movies and himself as an actor (“You think Ryan Reynolds got this far on a superior acting method?”). The writers frequently take pot-shots at their own studio (“It’s like the studio couldn’t afford any other X-Men”) and the X-Men franchise as a whole. The movie is, simply put, really funny.

Yet, in spite of the humor, in spite of the action, I was still let down. After an exhilarating first act, the film settles into predictable, boring rhythms without much action, and it’s never able to pick up steam again. Deadpool as a character is delightful; so why, then, is the film’s finale split between him and two X-Men (Colossus, played by Stefan Kapicic, and Negasonic Teenage Warhead, played by Brianna Hildebrand) who possess none of his charm or ability to entertain? Why does two-thirds of the movie focus on moving the plot along, anticipating the moment Wade Wilson actually becomes a superhero? Why does the movie take itself so seriously, including long, drawn-out dramatic and romantic scenes? Why does the whole film feel oddly restrained, as if it wanted to be more ridiculous than it is?

In attempting to make a viable franchise, 20th Century Fox, the studio behind this film and the atrocity known as “X-Men Origins: Wolverine,” has once again dulled Deadpool. He’s not meant to be a team player; he should be on his own, as violent and crass as he wants to be. He should be laughing in the face of anything serious, not lamenting the state of his life. He doesn’t need a full movie to explain his origin story: it simply restricts him rather than letting him blossom into the outrageous, entertaining anti-hero he could be.

Look, “Deadpool” is by no means a bad movie; it’s quite good, by all accounts. But at a time when Hollywood needed a breath of fresh air, a wild rebel who would spit in the face of everything done before, it delivered more of the same, albeit rated R. “Deadpool” isn’t enough of a departure from the norm, but it serves as a reminder that the superhero movie bubble will soon burst.