HTGAWM’s Return is Calm but Disorienting 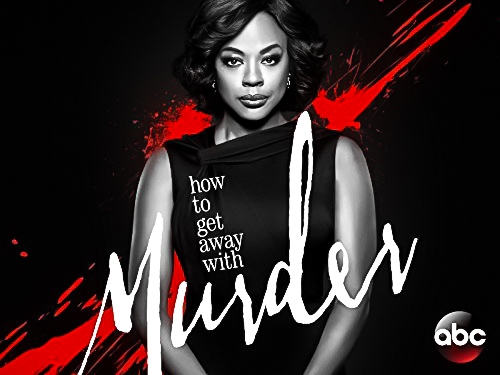 Thursday night marked the return of the ABC drama “How To Get Away With Murder” (often referred to as HTGAWM), which ended the first half of its second season back in November. In a nutshell, the show is about what happens after defense attorney Annalise Keating and her five law students commit a murder and about the lengths they must go to protect themselves. However, this brief summary barely scratches the surface of the intensity and complexity of the show’s plot.

During the first half of this season, the writers turned the drama dial up to a 10, but what saved the show from becoming a shark-jumping, headache-inducing mess was the deliberate and economical development of the plot. Everything from the tiniest details to the most outrageous action sequences moved the story forward and referred to other clues. In fact, the writers didn’t shy away from giving the viewers answers, except that the answers always seemed to generate further questions. For some, this tempo might have been too extreme, but even for those of us who enjoyed it, the general consensus was that things could not continue at this pace for the rest of the season.

The last episode ended with a cliffhanger, one whose revelations could potentially undermine the entire plot up until this point. The implication was that somehow, long before Wes Gibbons walked through the gates of Middleton Law School and took a seat in Annalise’s class, Wes and Annalise’s paths had crossed. The final shot of Annalise staring through a two way mirror at a young Wes being questioned by police over his mother’s death left several burning questions for the second part of the season to answer. How could Annalise have been involved in Wes’s mother’s death? Did Annalise recognize Wes when he walked into her class? And if so, did his identity influence her decision to designate him as one of the Keating Five? And, of course, there was also the question of how this twist would fit into the tight web of drama series creator Peter Nowalk had been spinning for the past season and a half.

I began the new episode, “What Happened to You, Annalise?” with this plot thread in mind. I wanted answers, or at least the promise of one somewhere down the line. Fortunately, Nowalk choose to strike a calmer tone with this episode than he had with the previous one, thoroughly addressing the Annalise-Wes relationship. However, his stylistic approach was gratuitous and confusing, like an author who uses strange syntax or archaic vocabulary just because he can.

Take, for example, the intriguing but impractical decision to tease out the truth about Annalise and Wes’s connection through Annalise’s Vicodin-induced hallucinations. As a viewer who has already invested a lot into piecing together the chronology of “HTGAWM,” which can jump between years, months, and weeks, I found this framing mechanism inefficient. The information that I was able to glean from it was hazy at best, and even then, I was doubtful that I could make any concrete sense out of it.

An additional weakness of this episode was that the continuing plot lines that have grown stale. For example, at the end of the first season, Wes’s girlfriend Rebecca is murdered by one of Annalise’s co-workers, a woman named Bonnie. Wes becomes suspicious of Annalise, whose insistence that Rebecca merely “ran away” provides one of the main sources of tension during the last half season. We thought that the drama was finally over when Annalise confessed in the final episode. But it turns out that Annalise is up to her old tricks: her earlier claims about Rebecca’s death were to provoke Wes into shooting her, thereby setting in motion her plan to frame another woman for the crime.

Meanwhile, Annalise’s other law student, Asher, has begun asserting that his father’s death was a murder, not a suicide. As of now, his instinct is completely unfounded, but by T.V. logic, it would be strange to arouse viewers’ suspicions only to have nothing come of it. If Asher proves to be correct, the plot twist would represent a rare departure from HTGAWM’s structure, in which no drama appears without some kind of warning. On the contrary, spontaneous drama is exactly what show should be avoiding, simply because there’s already enough to satiate even the most crisis-hungry fan.

In brief, Thursday’s season premiere was sub-par. However, with a show as surprising as “HTGAWM” and a creator as brilliant as Peter Nowalk, I don’t plan to write it off too soon. Only time will tell which direction it will take.