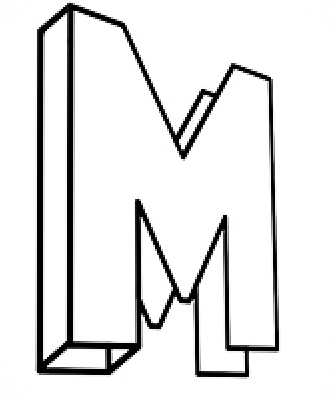 Interested in writing about arts and culture on and off Wesleyan’s campus? Want to get involved with a group of creative students, whether it be through an online magazine, a student forum, or a YouTube channel? If your answer to either of these questions is yes, then getting involved in Method Magazine might be the activity for you.

Method Magazine started in 2009 as a print literary magazine that focused on arts and culture. Released only once a year, the magazine at first did not come out often. Each issue had a single, unifying theme, like IDENTITY (2009), SPACE (2010), SECRETS AND LIES (2012), or OPERATION (2013). On their website, they state that their mission is “to build a discussion on culture through students visual and written submissions.”

In the spring of 2014, Sophia Jennings ’16 and Ben Romero ’16 converted Method Magazine into a website and formed a staff of writers, photographers, videographers, and copy editors. Jennings took over as Creative Director, and Romero took over as Managing Director. Even though Method as a whole was founded in 2009, Method as it looks today was founded in May 2013. Their sections are Art, Culture, Lit, Film, and The Salon. They also have sections for sounds, which include individual songs as well as playlists, and images.

“Method is an arts and culture magazine,” said Jennings. “We review events. We interview students and alumni. We have a fairly strong Salon section that writes opinion articles. We publish a lot of review, opinion, and criticism articles, but we also focus a lot on profiles.”

However, Method is more than a magazine. In addition to their main publication, they have a YouTube channel called Method TV, which covers different arts and culture events and produces satirical videos. This semester, they are also running a student forum, ENGL 420: Practicum in Digital Journalism, which teaches students how to write journalistic articles. A lot of the articles that students in the forum write will be published on Method’s website.

“I think for me the most rewarding thing about working on Method was building a community and seeing how my articles affected my subjects,” said Jennings. “I wrote an article about a student’s senior thesis in studio art. He used that article to apply for jobs. Six months later, I ran into him, and he is now a fairly successful designer. It is nice seeing how my articles affect people’s careers.”

If you are interested in writing about arts and culture, Method has weekly meetings on Tuesday at 41 Wyllys in room 113 at 6 PM. It is a great way for students to get involved in and learn about the arts and culture scenes on campus and really get insight into the way online publications work.

“Method is expanding,” said Jennings. “We will have new leaders this semester, and we are also trying to improve the quality of the writers. We are trying to get other students, more than just seniors.”