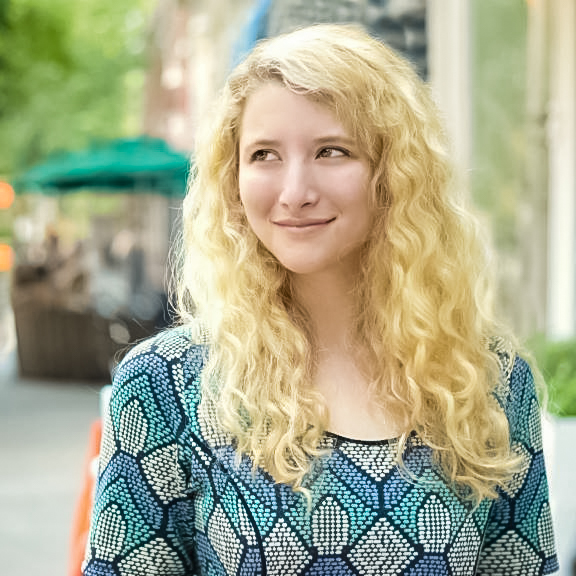 To say that the time Lily Herman ’16 spent at Wesleyan has been eventful would be an understatement. A part of the Wesleyan Twitter elite, Herman is usually glued to her laptop, at which she can be found blogging, tweeting, and generally running the social media game. As a first-year student, she co-founded TheProspect.net, which is now one of the most popular student-run college admissions and access websites in the world. During her time at Wes, she’s been involved with everything from the WSA to Wesleying. Oh, and no big deal, but last spring she was named one of Glamour Magazine’s Top 10 College Women of 2015. Herman sat down with The Argus to talk about her social media presence, Wesleying, digital media, and her Glamour award.

Lily Herman: I think over the past three-and-a-half years I’ve been involved with a little bit of everything on campus. I’m also very much on the Internet every five seconds.

A: You seem to explore a lot of different mediums on the Internet. What is the key to having a popping social media presence?

LH: I think you have to first and foremost really like social media. If you absolutely hate it, you can’t really like doing it or grow any sort of presence. I actually hated Twitter when I first got on it. My freshman roommate, Stephanie Ling ’16, made me get it. I got it really begrudgingly. And then a year and a half later, I started live-tweeting the Olympics, because I’m a huge Olympics nerd, and that started my love affair with Twitter.

I actually started on Tumblr in high school. So I would say don’t really worry about what everyone else is doing. Just do your own thing, come into your own, don’t be afraid of new experiences, and don’t be afraid of having a personal brand, I guess is the long story short.

A: Right. And you don’t really pick up those savvy Internet skills from the classroom. Considering that a lot of your writing deals with media and digital strategy, how did you know that was what you were interested in writing about?

LH: Like a lot of people, my interest in the Internet, and also digital media and marketing, started in high school. Like I said, I started a Tumblr in high school—actually a fitness Tumblr—called a FitBlr. I was fascinated not just with posting my own stuff and having this new community—one of my closest friends now in real life is someone I met on Tumblr—but I think from there, I was already really fascinated with what makes a post go viral.

And, not for the sake of making my own posts go viral, but in 2010 the Internet was still this world where no one really knew what was going on with social media at the time. A lot of these social media sites were only created in the last three to five years at that point. I just found it really interesting to sit there and tweet and see what kinds of posts did better than others. I guess the thing I’m most known for is starting what is now the world’s largest student-run, college-access organization called The Prospect.

A: So The Prospect was sort of your “learning on the fly” experience with digital media?

LH: Yeah, I think with that blog, I was able to just sort of sit around and play with a lot of stuff. I was playing around with things like headlines, titles, and our content. We weren’t really that well known for our first nine months, so that kind of gave me the freedom to do whatever I wanted on the Internet when no one was looking.

A: How did you balance growing The Prospect with life at Wesleyan?

LH: I won’t say it’s easy or that I necessarily did it well [laughs]. I think it comes down to making sacrifices and time for the things you really want to do. The Prospect was always something that really intrigued me. It’s been insane to see it grow because we now have freshmen and sophomores on campus who read it as high school students and have come up to me at times letting me know they’ve read the site for years.

There are a lot of times when I’ve had to stay in to work on it and, especially sophomore year, people used to always make fun of the fact that I was on my computer 24/7 and that, if they saw me in Usdan, I’d always be on my computer.

A: Why was writing about the college admissions process the topic that fascinated you in particular?

LH: Even going back to high school, my dad is a first-generation college student and my grandmother on my mother’s side was unable to attend college, while my grandfather only did later in life. So both my parents put a huge emphasis on education. I was fortunate enough to go to a high school with a college admissions office, but college and education access has always been very important to me.

I came into Wesleyan as a little freshman wanting to go into politics. I spent all four years of high school saying I was going to be President of the United States. I was going to join the WSA and start my great political career. Within a few weeks of being on the WSA, I knew I absolutely hated politics.

I definitely had a freak-out mentally about what I was going to do here. But fortunately, I joined Wesleying where Zach Schonfeld ’13 was super helpful in just talking about media with me and he got me super interested.

A: So I guess the culmination of this process was getting named as one of Glamour’s Top 10 College Women of 2015. How did that happen? What’s your secret?

LH: I heard about the competition as a freshman and thought it was super cool. I know some people look at fashion magazines and think they are vapid. But I really do think print magazines are sort of this microcosm of culture at the moment.

Starting in the 1950s, it was actually Glamour’s Best-Dressed College Women, which is something they make fun of [now]. Martha Stewart was actually a winner in that era. But Glamour was actually one of the first fashion magazines to take a real woman-empowerment feminist bend.

I just remember reading about a lot of the women who were winning it when I was a freshman and sophomore, and they just seemed like super cool and interesting women doing really amazing things. So I said, hey, if I have something cool going on when I’m a junior, I’ll apply. It was sort of a once-in-a-lifetime thing. When else am I going to be in a fashion magazine? It was kind of a “why not?”

A: How do you not let the fame go to your head?

LH: I have people who keep me grounded [laughs]. No, just kidding, I spend all my days on the Internet anyway so it’s not hard.

A: Any favorite Wesleyan moment?

LH: I’ve been on [the] Wesleying staff basically since I arrived here, except for a brief hiatus last semester. So I think one thing recently that was super cool was getting to come back and seeing as a senior all these really excited freshmen who were so into the blog and what we were doing. That’s really cool to get to see the evolution over the years.

A: How have you changed since freshman year?

LH: I think I’m definitely a very different person than I was four years ago. I actually wrote myself on my high school graduation day a letter to my college graduating self. So I’m going to read that soon. I don’t remember many parts of it, but I already know that I basically did not really do any of the things I thought I was going to do at 17.

I’m sorry to my 17-year-old self, but your claim to fame was a college admissions website. You didn’t start a cool band and you still don’t really play music. I didn’t get to see MGMT play here or whatever famous alumni I thought I was going to meet. I didn’t do any of the things I thought I was going to do here besides join Wesleying, but it’s been replaced with a lot of things I couldn’t have imagined.

I think overall I was very naïve, but also I think you should come to college and try all these new things and find what you love. The Prospect’s Managing Editor, Jillian Feinstein, always jokes that if you still like the person you were four years ago more than the person you are today, then you haven’t grown enough, and I totally believe that. But yeah, I’m really excited to read this letter I wrote myself at 17 and be really embarrassed of all the things I thought were going to happen to me that didn’t, and all the things that replaced those.

A: What are your post-grad plans?

LH: I’m working at a start-up in New York City called WayUp, where I will be their Managing Editor. It’s a job search discovery site and they want me to handle all of their content. I wasn’t sure whether I wanted to work in start-ups after graduation or in editorial and digital media, so I really do consider this the best of both worlds.