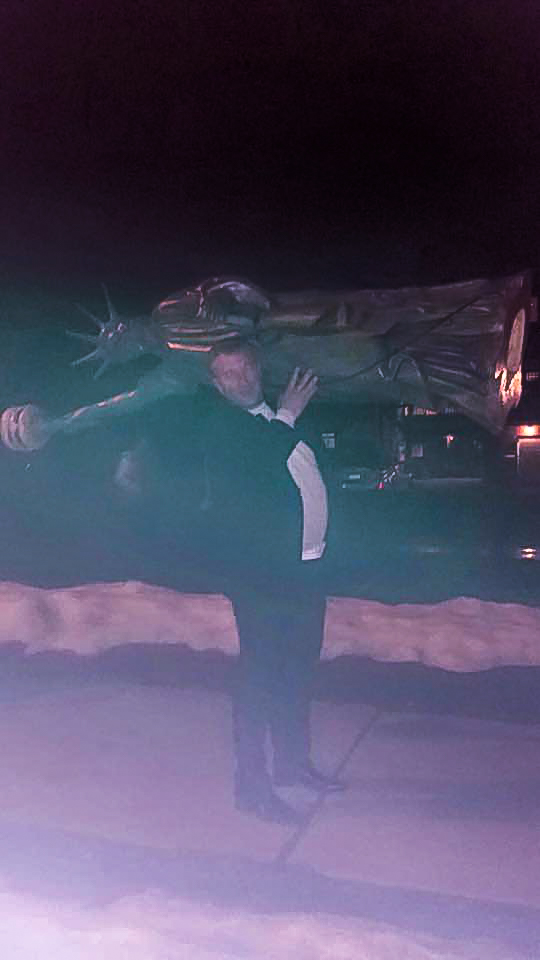 A University student has been accused of stealing an 80-pound, 7-foot replica of the Statue of Liberty from a bar in Middletown early Friday morning. The first-year was charged with larceny, criminal mischief, and resisting arrest. The statue belongs to the Corner Pocket Bar.

According to The Hartford Courant, a Middletown police officer found the student outside a home on Washington Street, struggling with a large object less than a mile from the bar at around 1:18 a.m. The officer thought property damage had occurred and went to investigate. The item turned out to be the Statue of Liberty replica. When the officer tried to approach the student, he ran.

When police caught up with him on Main Street, he reportedly had the smell of alcohol on his breath and was carrying a piece of the statue in his jacket pocket. He was identified through his University identification.

The student denied taking the statue and said that he didn’t know how a piece of it ended up in his pocket. He also told officers that he couldn’t remember which bar he had been drinking at, but later admitted that he was drinking whiskey at a bar on Ferry Street, where the Corner Pocket is located.

The owner of the Corner Pocket, Sammy Cecunjnin, told The Courant that he paid $2,000 for the statue. He said that he keeps the statue by the bar’s back door and believed that whoever stole it slipped out into an alley behind the bar.

He also said that the bar was crowded on Thursday night, so he was busy and didn’t notice the statue had gone missing.

“One of my customers was yelling, ‘These guys stole the Statue of Liberty,’” Cecunjnin said in an article in The Courant. “I looked around, and it was gone.”

He also said that he was surprised and couldn’t believe that something like this could happen, though he was quite surprised to get his statue back.

“The kids that come here; they’re very nice,” Cecunjnin told The Courant. “But they get drunk and these things happen.”

The student appeared in Superior Court on Friday morning and the next appearance for his case is on Feb. 19.

This article has been edited to protect the identity of the student.