Hoyer ’96 has the Concoction to Cure Cubs’ Curse

You might not think that a mini liberal arts college’s notable alumni—a group that is heavily populated with writers and film people—would include a sports management juggernaut like Jed Hoyer ’96. The current general manager of the Chicago Cubs is one of those exceptions. He never let any hurdle dash his dream of working for a professional sports team. 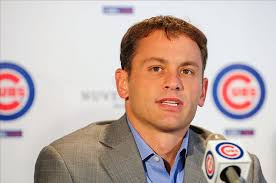 Many late Olin nights were spent with dense readings and caffeine as Hoyer, a history major, kept his eyes on both the books and baseball. A star on the Cardinals’ squad at both shortstop and pitcher, he holds the Wesleyan record for all-time career saves.

This season, his Cubbies fell games short of reaching their first World Series appearance since 1945, when they lost in the maximum seven games. The team from the north side of the city has not experienced a championship in 107 years, but Hoyer is well on his way to dispelling his second curse. The New Hampshire native was an Assistant General Manager with the Red Sox in 2004, and under the tutelage of Theo Epstein, the duo earned Beantown its first title since 1918. Chicago is on the right path, with Hoyer drafting last season’s National League Rookie of the Year, Kris Bryant, and constructing a pitching rotation consisting of the 2015 National League Cy Young Winner Jake Arrieta and veteran ace Jon Lester.

After taking over as General Manager of the San Diego Padres in 2009, Hoyer balanced a minuscule payroll for two years, which included the trade of then-superstar Adrian Gonzalez for a bunch of farm system talent and financial wiggle room. After the stint in California, Hoyer reunited with Epstein in Chicago where the Wes grad continues to make bold transactions and innovative strides toward a successful brand of baseball. Head Sports Editor Gili Lipman corresponded with Hoyer about his Wesleyan experience, the thought-process behind some of his most successful decisions, and his go-to sports film.

Hoyer reminisced fondly on his time as a baseball player at Wesleyan, having the opportunity to advance deep into the national tournament with some of his closest friends.

“We hosted the New England Regional at Palmer Field in Middletown in 1994,” he said. “It was the first year that NESCAC teams were allowed to play in NCAA tournaments. We may have been the number one seed, but we certainly were not seen as the favorite entering the tournament because the other teams were all perennial contenders. We swept the three games, which sent us to the DIII World Series in Michigan. All of the guys on that team were great friends and our parents all became close as well. I remember celebrating with everyone in the parking lot at Palmer Field for hours. There are few things better than winning in a team sport with your best friends. We ended up losing in the national championship game but that has never dampened the memories I have of those wins and those friends.” 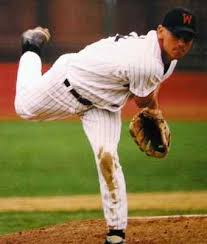 A liberal arts education often comes in handy for a wide variety of jobs, and Hoyer’s smooth transition into multiple MLB front offices is no exception to the trend.

“The best front offices I’ve been a part of really take advantage of every piece of information (quantitative, scouting, medical, cognitive, etc.) and they encourage a ton of debate,” he said. “To me, that sounds a lot like Wesleyan, a place where so many bright people and great professors encourage people to challenge each other’s beliefs. I loved Wesleyan and I left a much more confident person than I entered.”

Before Hoyer was able to pursue his dream of working in the sports industry, he had to take on an arduous challenge that most college students face; the dreaded studying that often lingers from the late hours of the night and into the following morning.

“I always loved studying in the big room in Olin,” he said. “It wasn’t the best place to focus, but it always felt and looked like college to me.”

The end result of building a successful franchise in Boston, San Diego, and Chicago may all look similar, but the development during the beginning stages is wildly different; the Red Sox have the third largest payroll, while the Cubs are fourteenth, and when Hoyer arrived in California, the Padres were dead last for all thirty-two teams.

“Putting together a team is a puzzle,” he said. “When you have little money, it simply changes how you do that puzzle. I spent two years as the GM [General Manager] of the San Diego Padres and we had the lowest payroll in baseball (roughly $38 million total). It was a great experience for me because it underscored how important it was to operate efficiently and to find alternate sources of talent.”

When asked to describe two-time World Series winner and Cubs’ President Theo Epstein in three words, Hoyer only had high praise for his mentor and current boss.

“Bold, brilliant, and competitive,” he said.

“We made really elaborate sales pitches to both guys,” he said. “Since they are such great competitors, having a chance to break a long championship drought in a baseball-obsessed city was really enticing. In Schilling’s case, he knew he was the final piece on an already great team. In Lester’s case, he really had to trust that Theo and I would add the right veterans to complement our young talent.” 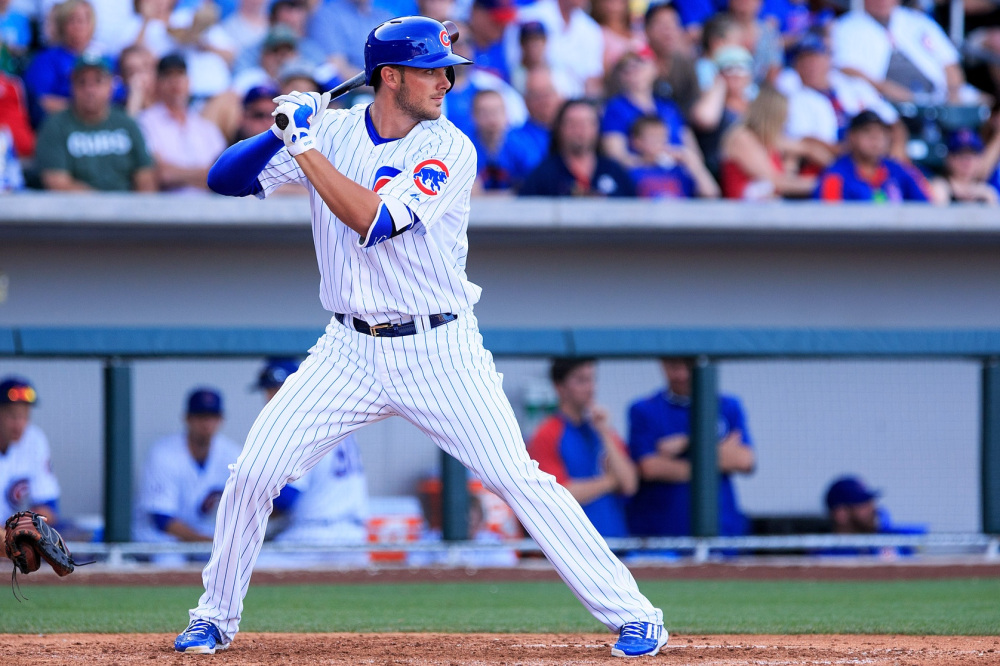 Talent does not only come through signing and trading for players from other teams, but also via the draft and farm system; Cubs’ third baseman Kris Bryant is the perfect example of this. Hoyer compared the budding star to a well-respected two-time silver slugger.

“The guy we most often compared Bryant to was Troy Glaus; both are unusually tall third basemen, both had great stats in college, and each had huge right-handed power,” he said. “Glaus was a huge part of the Angels winning the World Series in 2002 in his fourth season. I hope that part of the comparison is accurate.”

Aside from using all of his brain power in the office, Hoyer still has some free time on his hands to sit back, relax, and enjoy a good sports movie.

“My dad grew up in Minnesota and hockey was his favorite sport,” he said. ““Slapshot” was one of the few VCR movies we owned. It’s a classic sports movie. Hilarious.”

One fun fact that Hoyer shared was that he grew up down the street from current Wesleyan head football coach Dan DiCenzo in Plymouth, New Hampshire.

As most innovation does, baseball analytics commenced in the Bay Area with Billy Beane and “Moneyball,” and Hoyer’s Cubs are spearheading the charge in 2016 with statistical analyses that front offices hope will lead to injury prevention and determining whether or not a long-term contract for a specific player is validated.

“When I started in baseball, using any kind of advanced statistics was considered revolutionary,” he said. “Only a few teamsmade decisions based on this information. 15 years later, teams have 15-20 person R&D departments and every team has some quantitative presence. That part of the game is only going to become more progressive and more competitive in the years ahead.” 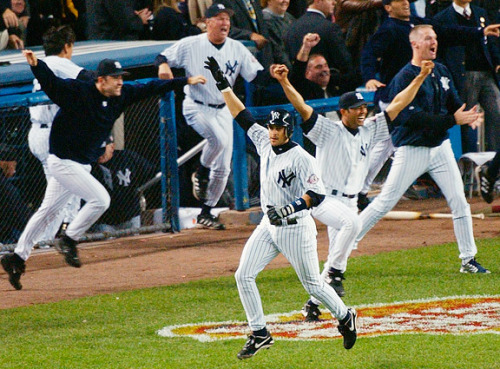 Hoyer offered advice for individuals aspiring to break into the industry of professional sports.

“Participation in the sport is invaluable,” he said. “I played for as long as I could and then coached for three years after that. Nothing I could have studied in a classroom or learned in an internship would have equaled what I learned playing and coaching. Don’t stop playing until someone tells you that your time is up.”

I ended the interview by deciding to torment the amiable Hoyer, asking him his thoughts on Aaron Boone, who smacked a walk-off home run in the bottom of the 11th inning of Game 7 to send the Yankees to the World Series in 2003.