The rapper Jason Chu spoke to The Argus about his musical inspirations and his goals for social justice. 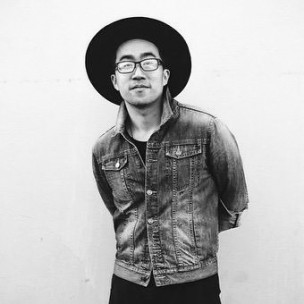 Jason Chu believes there are three types of people who create art: those who create because they have to, those who create to self-empower, and those who create to serve their community. Chu, as an Asian-American rapper with a philosophy degree from Yale, belongs in all three of these categories, but what clearly drives him is the internal desire to serve by self-empowering. Tackling topics including race, gender, pornography, and SAT prep class, Chu’s music is painstakingly honest. It almost rejects the need for instrumentation because for Chu, it’s not about merely cultivating a feeling, but leaving a distinct impression that can catalyze action.

Touring colleges this fall, including Wesleyan, where he performed at the Asian American Arts Festival last Friday, Chu has become excited by the increasing centralization of previously marginalized voices. The Argus sat down with Chu before a show at Yale and a video shoot for a new song, to discuss free speech, the contradictions of higher education, and how to empower communities through one’s art.

The Argus: What was it like to come perform at Wesleyan?

Jason Chu: It was part of the Asian-American Arts Fest and it was really cool to be on campus. It was very beautiful being there. It was good to spend time with the students. It was very exciting to hear a lot of the discussion that’s happening on campus. That definitely motivated me and inspired me.

A: In light of the protests on college campuses like Yale, your alma mater, and Missouri, are these issues something that’s on your mind when you perform at colleges?

JC: Absolutely. Actually just a couple of minutes ago I uploaded a new song that I recorded last night while I’ve been on the road talking about some of these things, because man, it’s powerful.

I feel like a lot of us on campus have grown up celebrating the civil rights movement, but I feel like in my lifetime, in our lifetime, this is the most public discussion of race, of safety, of awareness, of different experiences that I’ve ever seen happen. So I’m thrilled for that, and I’m thrilled that it’s happening on [college] campuses.

A: I remember reading a Das Racist interview in The New York Times where the writer’s first question was approximately, “You guys went to Wesleyan and you’re Indian-Americans. What makes you think you could rap?” They shot back, “Are you implying that rappers shouldn’t be educated or should only fill one lane?” Is this pigeonholing something you encounter?

JC: Yeah, all the time. It’s funny, so with my background—Chinese-American, graduated from Yale—people do say things like, “Aw, it’s crazy that you went into hip-hop,” or, “That’s wild that you’re doing this full time.” I get it, though. I understand. There are certain images that people get. Like, to me, I would say I’m not an angry Asian man. What… I want to be [is] an effective Asian man.

A: What do you think was expected of you?

JC: There’s two expectations that I see. First, for people that know my background as an academic, they’re expecting a very heady dissertation. And for me, I always try to come from the gut. I always try to come from the soul. To me, ideas are less important than emotion and feeling. Because ideas only change the world if people believe in them and if people are compelled to action by them.

So there’s that side, but I think the flip side is, if you’re expecting me to come as a rapper and just have some instrumentals and some beats and put on a loud, wild show, then I always want to offer content and lyrics and a presence that’s a little edgier than that.

A: Do you ever struggle with doubt, then? That this relationship is harder to maintain than you thought?

JC: Oh, daily, man. Like literally, earlier today. You know what I’m saying, yesterday, a week ago. Man, on a very regular basis. It’s hard, especially as a Chinese-American rapper.  There’s no defined lanes. Record labels aren’t trying to look at it. And I’m not bitter about that. That’s my role in life. But, yeah, man, it’s very scary. But you know, nothing good comes without a cost, and if it was easy, everyone would do it.

A: Do you consider yourself more of a spoken-word poet, a hip-hop artist, or perhaps some fusion of the two?

JC: I would say my primary identity is as a hip-hop artist…. With spoken word, there’s a whole community there of mentors and venues and formats and so you know, I consider myself a hip-hop artist. But, above everything else, I consider myself a speaker. I tell stories. Sometimes I tell them over beats, sometimes it’s cleaner or clearer to tell the stories without that backing. But, for me, fundamentally, the question is what medium is best to tell the story.

A: Growing up, what were some artists that drove you to create or influenced your artistic development?

JC:  It’s funny because there’s a lot of hip-hop artists I love. I grew up listening to Wu-Tang, listening to Jay-Z, listening to Rakim, listening to Em. And I would say all those dudes influenced my love of music, and a belief that music can touch lives.

But when it comes down to artists that I would say have most influenced the content and the impact that I try to have, there’s this Chinese artist, Ai Weiwei. He’s a Chinese fine artist, and I love the way that he speaks for his people and speaks to his people in a radical, revolutionary way. Or like, Bono, the way that he uses his platform to influence and to lend a voice. So in terms of impact, it’s guys like that who really cause me to dream that whatever my format is I can actually have an impact on my community, on my culture, on my society musically.

A: So, there’s definitely a social justice aspect to your music, then, to inspire further action and change?

JC: Yeah, exactly. We’re talking medium agnostic, it’s those kind of artists who really encouraged me to go into this. Because, straight up, if I was just listening to a lot of Jay-Z, a lot of Nas, a lot of Wu-Tang, I wouldn’t be a full-time hip-hop artist now. It would be for fun, it would be a hobby, a mode of self-expression.

But when I look at guys like Kendrick Lamar, like Ai Weiwei, artists who use their music, I mean, man, when I see Black Lives Matter protesters chanting Kendrick’s song, chanting, “We gon be alright,” that, to me, is why I’m in music. That kind of impact is what causes me to go on tour, to finance my music videos out of pocket. It’s because if anything that I make can have like one thousandth of the impact that that has, that’s what makes it [worth] going after.

A: So what was the moment that you decided you would do this professionally, where that conscious decision to jump in fully manifested itself?

JC: I was working for a faith-based non-profit out in Beijing for two years. And after my contract was coming to an end with them, I was looking at next moves to make. And you know, [my] music was starting to have some traction. Some friends moved out to L.A. and they invited me to come out to L.A. with them and they were like, “Yo, you should really try and do this. You’re good at it, we could see how it could work out.”

So, almost four years ago, I moved out to L.A. and really moved out with the ambition of, “Let me see how far we can take this. Who can I speak to? Who can I reach?” And since then, it’s been a lot of mistakes, but also a lot of growth.

A: How did Yale facilitate your decision to rap professionally?

JC: I love having gone to Yale. I love the community, but honestly, actually, the biggest thing I took away from it was this: I had these two buddies at Yale who worked there, they were dining hall workers, and we would just kick it. They worked at the dining hall at my residential college, and we were into the same music, the same mixtapes and stuff, the same rappers.

So we just like, hit the studio together, we rapped together, we talked about sneakers and shoes. For me, that was the biggest connect I had there. Honestly, actually a lot of what Yale motivates in my music is I feel like… a lot about the American higher education system is set up to value the cerebral over the visceral.

JC: Yeah, there’s this enlightenment-era glorification of ideas over experiences. And even in the way that postmodernity is taught in the University, postmodernity is ostensibly about lived-out experience. But yet the way it’s taught is very dry. Like, a “Dead Poets Society” scenario is not really happening in a lot of modern-day universities.

Even look at a lot of the student protests. A lot of what the university says sounds very progressive. But then, what you see is a lot of students pushing against that. It’s like, “Hey, yes, we agree free speech is a good thing.” That’s not the question. The question is not in an abstract sense should people be free to conduct discourse. The problem is on a lived out day-to-day basis, we feel a lack of care, we feel a willful maintenance of ignorance towards our experiences.

And I think it’s the exact same gut response that drives the protests at Missouri, and at Yale, and elsewhere. And I know Wesleyan has had its share of discourse recently as well. And I think it’s that exact same sense of, “Hey, you are saying all the right things, but what we are [experiencing] doesn’t connect.”