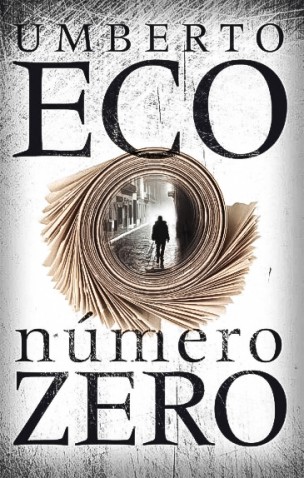 “I feel some hesitation and [skepticism] about intervening in defense of press freedom,” Umberto Eco wrote in 2009. “If such a step is necessary, it means that society, and therefore much of the press, is diseased. In ‘robust’ democracies there should be no need to defend press freedom, because nobody would ever think to challenge it.”

In the essay, which was published in The Daily Telegraph, Eco scorns former Italian Prime Minister Silvio Berlusconi, a leader known best for bribing Italian senators, hosting “bunga bunga” sex parties, and serenading George Bush, Tony Blair, and Vladimir Putin with love songs he wrote. But the main object of Eco’s derision is the Italian people. If they hadn’t been so apathetic, Berlusconi would not have stayed in power for so long.

“If society has permitted [Berlusconi], why should we blame the man rather than the society which has allowed him to have his way?” Eco wrote.

In his latest novel, “Numero Zero,” Eco continues to lambast, sneer at, and lament a society in which the people eat up gossip, accept lies, and ignore the truth (in the rare cases they receive it).

The protagonist of the novel, Colonna, is a man of about 50 who, we’re told, can write but whose work has only been published in provincial newspapers and small publishing houses. Eager for the money, he accepts an opportunity to ghostwrite the memoir of a journalist, Simei, who runs a newspaper that will likely never be published. (Though a journalist, Simei informs Colonna that he cannot, in fact, write. “Running a newspaper doesn’t necessarily mean you know how to write,” he says. “The minister of defense doesn’t necessarily know how to lob a hand grenade.”)

The newspaper, called Domani (Italian for “tomorrow,”) aims to be like the New York Post, written to satiate the cravings of a public that is ill-informed and has no intention of becoming better informed. At every turn, most of the people working at the newspaper talk about how they can tell a story so it will please its lowest-common-denominator base. One person in the newsroom, Maia, an intellectually curious but lonely person and the novel’s only female character, hopes to write for smart women, but she is forced to acquiesce to her bosses.

The only character in the novel with an interest in discovering the truth is Romano Braggadocio, a writer for Domani and a conspiracy theorist. He is convinced, he tells Colonna, that Mussolini was not, in fact, killed at the end of World War II. Instead, another man was murdered, a double for Mussolini, while il Duce ventured safely to Argentina. Braggadocio believes the theory is so simple it must be true, yet Eco spends over 10 pages informing us of the details.

Once he has told Colonna about his brilliant theory, Braggadocio’s next step is to discover the facts. He must meet with people and go to dark, hidden places in search of the truth. And he does find new information, interesting information. But each thing he learns only seems to further complicate his supposedly simple theory. Still, the further he delves into his projects, the closer he comes to discovering the truth. What he does, it becomes clear, is the closest thing to legitimate journalism we will encounter at Domani.

Braggadocio’s theory sounds entertaining when it is written about in summary form, but it fails to entertain on the page. A conspiracy theory that is so simple it takes 10 pages to explain is a humorous idea. Reading those 10 pages, however, is not funny; it’s exhausting. Eco eagerly makes jokes out of the existence and complexity of Braggadocio’s theory, and the jokes are funny, but they never make the theory itself worth reading. Even the funniest one-liners can’t make up for pages of dull and complex political pontifications.

Eco’s discussion of the press and its readers, meanwhile, makes for more consistently entertaining reading. But while Eco provides his readers with good quips about anti-intellectual publications and their anti-intellectual readers, he never manages to turn those quips into something more fulfilling. His tone, throughout, is one of contempt for the readers of these newspapers and the characters of his book; and, while that contempt may be well earned, reading an entire novel in a mostly one-dimensional, condescending tone can be tiring.

It seems that Eco wants to criticize the lowness of the public, while also feeding into the lowness of his own readers—into their desire to laugh at, and not with, characters in his book. Like Braggadocio, Eco also has a simple theory for what’s gone wrong with society and a sense of who’s behind it all; and, similarly, he spends far too many pages explaining it. It feels odd to claim that a 191-page book is far too long, but the argument Eco makes in the novel seems mostly encapsulated in the four-hundred-word piece he published indicting the Italian populace’s acquiescence to Berlusconi’s corruption. In the thousands of words he adds to the piece in this novel, Eco gives the reader a little bit of humor and a lot of wasted time.