Idiot Box: “Master of None”

“Master of None” tackles the millenial experience with intelligent glee. 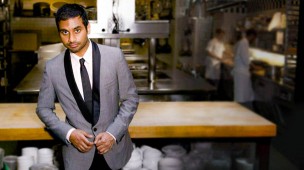 Is Aziz Ansari the great scholar of millennial culture? He’s spent seven seasons satirizing social-media addicts as Tom Haverford on “Parks and Recreation.” His recent stand-up special, “Aziz Ansari Live In Madison Square Garden” mocked the non-conflict of running out of battery for your iPad while at the airport. His recent book (this man has been very busy as of late), “Modern Romance” was a statistical, sociological look at how technology has affected dating. Now, his studies of contemporary living have come full circle, with his new Netflix TV series, “Master of None.”

In “Master,” Ansari plays Dev, an Indian-American actor struggling with the constant choices that surround him. Each episode deals with a specific theme, such as what it means to be the son of an immigrant, or the different social experiences of men and women. There is an overarching storyline, but it’s primarily used for thematic and emotional exploration. This structure is perfect: It allows for satisfying binge-watching, but also allows for each episode to be watchable on its own.

While it deals with some minor wonkiness early on, such as overly direct dialogue and some stiltedness in its performances, the show quickly becomes thoughtful and quite beautiful. The show’s second episode, “Parents,” is an early high point. Dev’s parents (played by Ansari’s actual parents) both struggled with dramatic changes due to immigration. His father had practically no choice but to become a doctor to save himself from poverty. Dev, on the other hand, became an actor simply because an agent offered him a job as the spokesman for “go-gurt.” Dev’s friend, Brian (Kelvin Yu, admittedly the weakest of the main cast), also learns of his father’s struggle just to eat. Meanwhile, Dev and Brian complain about the difficulties of keeping up with all the current superhero movie characters. The episode culminates in a deeply moving dinner scene between Dev, Brian, and their parents, in which both children discover their parents’ struggles, and realize the ease of their own lives.

Another episode, entitled “Indians on TV,” deals with the lack of diversity on television with wickedly sharp satire. Dev, and his friend Ravi (Ravi Patel, an excellent element of the show), compete for the single Indian character in a sitcom. Producers of course claim that there can only be one Indian character, as otherwise the public would consider it to be an “Indian show”. The two lament how white people typically play Indian characters (“Is Mindy Kaling real?” one character asks). Its both funny satire and tragically realistic.

But the very existence of “Master” suggests there may be hope for a more diverse future for television. The main ensemble is comprised of Dev, his black lesbian friend Denise (Lena Waithe), his white male friend Arnold (Eric Wareheim) and his girlfriend Rachel (Noël Wells), with support from Brian and Ravi. It its among the most diverse (and talented) casts on television. It treats its diversity with the upmost respect, not making a big deal about it but also dealing with the differences in life and cultural experiences they all go through. None of the characters merely exist to be Dev’s “diverse” friend; they all lead their own lives. It sets a high standard for television, one that other shows will hopefully meet or surpass.

“Master” is also a wonderful, Woody Allen-esque romantic comedy. Dev’s relationship with Rachel is the crux of the season, beginning with an awkward hook-up and continuing with them living together.“Mornings,” perhaps the best episode of the season, is essentially a two-person play that traces their relationship over the course of several months. It covers their shift from loving romance, to bitterness against each other, to compromise, to commitment. Ansari and Wells have delightful, thoughtful chemistry, making the episode an instant classic.

Ansari’s performance is one of the many treats of the show. He had proved time and time again to be an excellent comedic actor, especially with his hysterical performance in “Parks and Recreation,” but had yet to prove that he had a more vulnerable side to him as a performer. Yet, after some clunky line deliveries in the first few episodes, he becomes a vulnerable, confused figure. He longs for a deeper, more meaningful sense of purpose, but is afraid to commit to something permanent. After all, why commit when he has a million options at his fingertips?

Therein lies the central conflict of “Master:” options breed uncertainty and doubt, but isn’t it better to be able to choose rather than be chosen for? Dev’s parents had a forced marriage, something seemingly awful. But they were also lucky enough to have a successful marriage and grew to love and commit to each other. They never had time for doubt: Dev only has time to explore his options and scrutinize all of them. In the end, Dev, and by extension, the audience, realizes the beauty of impulses: it’s better to throw caution to the wind rather than attempt to consider every outcome.

“Master of None” offers perhaps the best critique of millennial culture: options drag you down. Make a choice. Go with your instinct, not a Yelp review.