Professor of Anthropology Gina Athena Ulysse was awarded the Excellence in Scholarship at the organization’s 27th annual conference. 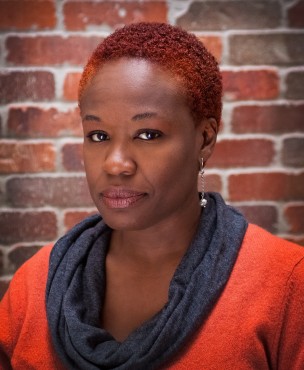 Professor of Anthropology Gina Athena Ulysse was recently given the Excellence in Scholarship award by the Haitian Studies Association,  at the organization’s 27th annual conference on Oct. 24 in Quebec, Canada. The conference is hosted by the Haitian Studies Program of the University of Massachusetts, Boston, and promotes the study of Haiti and its people from a variety of perspectives.

Ulysse expressed her excitement in an email to The Argus, noting the challenges she faced in reaching her current position.

“It really felt and still feels great,” Ulysse wrote. “In my acceptance speech, I said I will not pretend humility because I truly feel accomplished. And I do. Rewind…at the age of 11 years in the aftermath of migration I vowed I would never return to Haiti because I was frustrated with a dissonance—general ignorance about my birth country and racist representations of it in the media. So Haiti is central to why I eventually sought and earned a PhD. I am a first-generation everything so it was not an easy process at all.”

Anu Sharma, Chair of the Anthropology Department, noted the significance of the award, expressing support for Ulysse’s achievements in an email to The Argus.

“After receiving Wesleyan’s Binswanger Prize for Excellence in Teaching in 2015, Gina Ulysse was recently honored with the coveted Haitian Studies Association Award for Excellence,” Sharma wrote. “[She] is walking in fabulous shoes, following the likes of Michel-Rolph Trouillot and Paul Farmer, in winning the latter award. It recognizes her outstanding scholarship on Haitian Studies and Black diasporas, which beautifully blends performance and interdisciplinarity [sic]. Equally importantly, this award acknowledges her life and stature as a public intellectual, deeply committed to widening the scope and reach of anthropology. We are proud to have her in our midst.”

Ulysse also delivered a talk at the association’s pre-conference, focusing on the need for professors to encourage students to find their identities and not to shut down rebels. She stated the premise of the talk, expressing the need for quality education and the need for rebels in education.

“I am and have always been something of a rebel who truly believes that education is the path to liberation,” Ulysse wrote. “So my biggest fear as an educator is the zombification of the youth and an emphasis on the quantity of educations as opposed to its quality. So I often tell students I am not an app and cannot be downloaded because I want them present in the classroom. I want them engaging with the world that I am presenting them so they can make better informed decisions that does not require them to divorce themselves from their most immediate environment. I am a Frierian at heart who still believes in teaching to transgress and transform even though I know we live in a neoliberal market economy that impedes that kind of cognizance.”

As a performance artist, Ulysse’s explorations of Haitian culture are interdisciplinary in nature, incorporating both performance and scholarship. She said that she hopes to bring the performance more into the classroom.

“In the last year especially, I’m just noticing it more and more, that part of me exists too much outside of here,” Ulysse wrote. “If you look at my website, I go to other places and do my thing. Luckily, I performed with NourbeSe Phillips just a couple weeks ago, and it’s more my center, because it’s that place where the artistic and the social science merges, and I highly value that combination. And for years, I thought I had to choose, and then knowing now, that I can integrate [performance and teaching]… I now have a stage to really merge this. What will that look like in the classroom, I don’t know…. I used to tell students, ‘I’m a performance artist masquerading as an academic.’”

Ulysse discussed her history of scholarship and upcoming works, also reflecting on the need for scholarly work on Haiti to be accessible for Haitians.

“My first book on Jamaican women independent international traders navigation of the import/export industry was fundamental to honing my skills as a critical thinker, an in interdisciplinary methodologist and lyrical writer with a deep appreciation and respect for history,” Ulysse wrote. “Over the years, I have produced this triptych that will pretty soon be out there which shows different facets of me. So they mean a lot for different reasons including the fact that I was inspired to write them during key moments in my life…. I’m thrilled that ‘Why Haiti Needs New Narrative’ was published as a trilingual edition so that I didn’t contribute to the ‘exclusionary practice’ that leaves Haitians out of conversations about them. I do have a contract for ‘Because When God is Too Busy’, which will include my poetry, performance texts, art work and photographs and then there is the memoir ‘Loving Haiti Loving Vodou a Book of Rememories, Recipes & Rants’. It boldly challenges archaic notions of Proustian narratives. These works expose the fact that I am actually a surrealist at heart.”

Savannah Sosa ’18, a former student of Ulysse’s, described her experience in Ulysse’s course, stating that as a professor, Ulysse is both engaging and passionate.

“It was an Anthropology course covering post-quake Haiti, and it was a 9 a.m.,” Sosa said. “She made the course super engaging, she was so enthusiastic about everything she teaches, and, obviously, this is something that she’s very passionate about… as a Haitian woman. And anthropology, she loves. She loves teaching the courses, and throughout the semester we definitely created a bond. I would come to her office hours all the time, we would talk about, you know, things not related to anthropology at times, and she was just a really great resource, I think, especially in a class that I thought was very challenging at first, and she was definitely my advocate and helped me through a lot of those difficulties.”