In the wake of Tuesday's debate, students dish on personal political favorites for the 2016 presidential election. 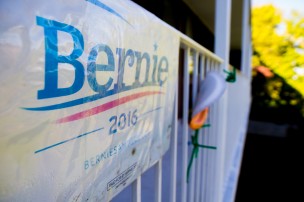 Known for its political activism and engagement, the University is an intellectually stimulating polis, especially in election years. In the buildup to the 2016 presidential election, students across the political spectrum are gearing up to make their voices heard in what has already been a tumultuous primary season for both the Republicans and the Democrats.

Despite the diversity and depth of political views at the University, especially on the left, there was a shared sense of unease going into Tuesday night’s Democratic presidential debate. Although many students feel free and proud to voice their political views, whether it be in the classroom, on social media, or off campus, many students were cautious and unwilling to go on the record before Tuesday night’s debate about who they plan to support in the 2016 presidential race, and particularly in the relatively small Democratic primary dominated by Hillary Clinton and Bernie Sanders. 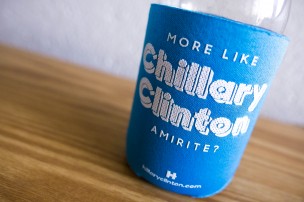 This problem was no different on the right, where there have already been two presidential debates and a narrowing of what remains in a large field dominated by Donald Trump, Dr. Ben Carson, Carly Fiorina, Jeb Bush, and rising stars such as Senators Rand Paul, Ted Cruz, and Marco Rubio. At Monday night’s Republican Committee meeting at the University, the atmosphere was convivial, with three boxes of pizza for a modest group of under 20 attendees.

Jake Cronin ’18 indicated that he does not yet support one of the 15 Republican presidential candidates but is leaning toward an up-and-comer.

“Right now, I’m not fully on board with a candidate, but I’m leaning towards Marco Rubio,” Cronin said. “I think that the stuff that he’s been saying about foreign policy is beginning to come true and sounds well. I think he could help fix the immigration problem we have.”

He continued, clarifying his statement about immigration.

“I think there’s too many conflicting views going around between the Democrats and the conservatives, so I think we’ve got to find sort of a middle ground, but I’m not a massive fan [of] amnesty,” he said.

The group grew hesitant when asked if anyone was supporting Donald Trump. Although no one in the room answered the first question, the mood changed when the question was rephrased to whether those in the room knew of anyone on campus supporting Mr. Trump.

“I think a lot of people are [supporting Donald Trump at Wesleyan],” said an anonymous student.

As for whom conservatives on campus support in general, Wesleyan Republican Committee chairman and founder and candidate for Treasurer of the Middletown School Board Emmakristina Sveen  ’17 provided an analysis.

“In general, the youth support for the presidential candidates has kind of shifted from what used to be a huge fad in everyone supporting Rand Paul right off the bat… to a lot of college students supporting Marco Rubio, as [Cronin] said,” Sveen said. “There’s certainly a lot of support for Jeb Bush. It depends on demographics and ideology. To be honest, I haven’t met that many people who are supporting Donald Trump.”

Members of the WesDems, on the other hand, were much less willing to go on the record before the debate regarding the 2016 election in any capacity, including why they are not yet supporting a particular candidate and what they are looking for in a candidate. Within the club meeting, only President Nat Warner was willing to comment.

When asked whether the Wesleyan Democrats will be endorsing a particular candidate in the primary, Warner was careful in his response.

“No, actually,” he said. “WesDems is principally a Democratic organization, which means that we focus almost exclusively on party operations. WesDems is a big tent, and we want to invite a diversity of perspectives. In service of that, we’re not going to endorse any primary candidate. That being said, I think that the debate is going to be really informative, meaningful, and crystalizing various members’ views. We’ve got a lot of undecided members, and we’re excited to see how it plays out.”

“I support Senator Bernie Sanders because he seems like an honest, genuine, presidential candidate who has been ahead of his time consistently and on the right side of a lot of important issues, such as the Iraq War, gay marriage, and a lot of other progressive issues that are important to me,” Willie Molski ’17 said.

Founder of Wesleyan Students for Bernie Alec Shea ’18 gave an analysis of Sanders’ performance halfway through the debate.

“I think that income and wealth inequality is the most important issue in the United States at this time, and I think that [Bernie Sanders] offers a capacity to start a kind of political revolution, as his campaign says, that we haven’t seen in this country in a long time,” Shea said. “I think we need to address fundamental issues that an establishment democratic candidate isn’t going to address, whether it’s Hillary Clinton, Martin O’Malley, or anyone else. Those people just don’t seem to care as much.”

Another student, Jennifer Ganger ’19, who acknowledged that this was her first time actually watching a political debate rather than experiencing sound bytes and people’s reactions on social media, said that the debate informed her on Bernie Sanders’s stance on gun control.

“I think this debate, while it does have some laughs, is definitely a great opportunity to see clearly the stances that these candidates have,” Ganger said. “I didn’t know that much about Bernie Sanders’s stance on gun control and that kind of changes some things, because I feel that he’s not as tough as he should be.”

Peripheral candidates also garnered some attention at the debate, with many students in the audience laughing at the general demeanor and comments of former Virginia Governor and decorated war hero Jim Webb, whose policy stances seemed out of touch with contemporary progressive politics according to many in the audience.

Former Rhode Island Governor Lincoln Chafee also cracked up the room while simultaneously receiving pathos, especially when Anderson Cooper laid into him about his first vote in the Senate, repealing Glass-Steagall, a law that limited speculative investing to the domain of investment banks.

As for the impression of the debate overall, Warner summed up his initial feelings.

“I think overall I—and I’m sure most of the people watching this debate—came away proud,” he said. “I was proud of the Democratic party, both in the ideas we’re talking about in and of themselves and as they contrast with their Republican counterparts. Personally, I was really impressed by Bernie Sanders’s performance. I’m still not in the position to make any endorsements either for myself or for the Wesleyan Democrats, but I think he gave a powerful message today and I hope it’s one that resonated.”

Still, however, Warner was surprised by one candidate in particular.

“I think Martin O’Malley gained a lot from this debate,” he said. “Not a lot of people knew who he was going into it, but coming out of it they certainly did. Finally, Hillary Clinton had a solid performance. I really like her. I think she’s enchanting in a lot of ways, and she has strong political views.”

Moreover, Warner relished the atmosphere of watching the debate.

“I was excited to watch and I was really happy with the turnout,” he said. “The Wesleyan Democrats, Republicans, and Arcadia got a really tremendous volume of students to come out and watch this which reflects the activism of our campus.”

Jake Lahut is a member of the Wesleyan Democrats.