“Doctor Who” premieres to a creative vacuum. 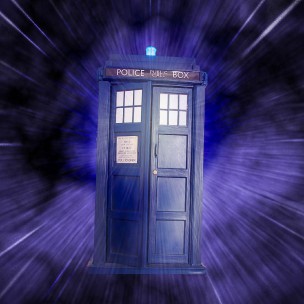 “Doctor Who” fans expecting this season to remain as fresh and exciting as the last are going to be let down. “The Magician’s Apprentice” and “The Witch’s Familiar,” written by showrunner Steven Moffat, follow the show’s long history of weak opening episode. In this instance they fail to establish the season’s overarching themes, conflicts, or arcs, treating audiences to a mostly limp retread of 1975’s classic serial, “Genesis of the Daleks.”

The barebones plot, stretched across a much longer runtime than necessary, kicks off with the Doctor (Peter Capaldi, the twelfth incarnation of the character) discovering that a child he set out to save from death-by-literal-hand-mines is in fact the child incarnation of his mortal nemesis, Davros (Julian Bleach), creator of the Daleks. From there, Clara (Jenna Coleman) and his other mortal nemesis Missy (Michelle Gomez) set out to find the Doctor, who has run away out of guilt and fear.

The episode ignores many of the storytelling techniques that “Who” has used to generate tension in spite of the Doctor’s chronic victories. Instead of a cast of colorful one-off characters and the threat of some imminent attack, the episode focuses squarely on the Daleks on their home planet and the main foursome, so there are no secondary characters or planet to worry about. The lack of tension characteristic of these two episodes is best summed up by the cliffhanger at the end of “Apprentice”: It appears that Missy and Clara are dead, and the Doctor will kill young Davros. Of course, neither character is really dead, and the Doctor won’t commit murder, giving audiences little reason to look forward to “Familiar.”

However, the setup does grant Moffat some space for philosophical exploration. The two-parter’s crux, a discussion between Davros and the Doctor, features a nice twist on “Who’s” classic compassion versus apathy argument. “Genesis of the Daleks” argued that the evil of Davros should not be stopped, as the evil that the Daleks commit ultimately brought conflicting groups and planets together (the Hitler/WWII overtones are not supposed to be subtle). While Moffat’s set-up in “Apprentice” mirrors “Genesis” heavily, he focuses his arguments on compassion and its infectious, disease-like nature. In the best scene of “Familiar” and the two episodes as a whole, a dying, teary-eyed Davros admits he cannot fathom the constant loneliness the Doctor must feel as the last of the Time Lords; indeed, the heartless creature who made it his life mission to create a heartless army is still capable of feeling sorry for someone else. It’s a beautiful scene played to perfection by Capaldi and Bleach (especially considering the latter performed under pounds of makeup while in a bizarrely-shaped wheelchair), and it’s probably not too much to assume Mr. Moffat built the episode around this very scene.

Moffat is also blessed with a superb cast. Michelle Gomez builds on her masterstroke performance from last season as Missy, the Doctor’s oldest friend and enemy. Gomez continues to walk the fine line between incredulously over-the-top and delightfully psychotic, and her balancing act is consistently delightful. She and Clara make an entertaining pairing throughout the bulk of the story, even if the focus on Missy means that Coleman is not given the chance to show off the actresses’ considerable depth and nuance. This is a shame, because not only did Coleman steal the show throughout much of last season, but also, she has already announced she is leaving the show at the end of the season.

In spite of this, the two episodes are so confoundingly obsessed with Whovian philosophy and mythology that they fail to ground themselves in their characters and their characters’ development. While it makes sense, after the Christmas special directly dealt with Clara’s guilt over her deceased boyfriend Danny (Samuel Anderson), that the aftermath of last season would not be the focus of the opening episodes, it’s disappointing to see so little of Clara’s personal life explored. Her complex relationship with the Doctor, along with Coleman and Capaldi’s chemistry, is barely touched upon, a huge letdown considering the strength of their rapport last season. This lack of character work gives audiences little in which to really be invested, since the best episodes of “Who” are those that balance absurdity with character study.

Furthermore, the opener fails to establish a “mystery” for the season like previous openers have. In previous seasons, the opening episodes gave viewers a tantalizing glimpse of some mysterious factor or character who would continue to be teased and developed throughout the season, culminating with a reveal and climax later in the season. While the payoff has been traditionally disappointing during Moffat’s tenure, he was a master of engaging his audience with increasingly enticing set-ups (Season 5 best exemplifies this trend, as it featured the spectacular penultimate/set-up episode, “The Pandorica Opens” followed by the dull finale, “The Big Bang Theory”). Moffat’s ideas this year are underdeveloped, and it’s hard to determine which ideas are actually of importance and which are one-offs with no long-term significance.

Perhaps most worrying, though, is Moffat’s promise of more two-part episodes this season: after this slow, tension-free and insignificant start, he seems to have given Whovians more to worry about than to be excited for.