Has the concept of "virginity" gone the way of chastity belts and purity balls? Students assess whether obsessing over maidenhead is a wrongheaded move and recall the pressures they felt regarding their own sexual debut. 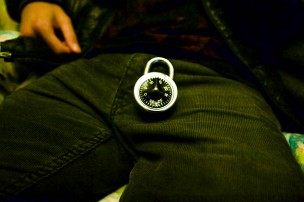 Hannah Rimm ’15, who directed “The Vagina Monologues” in 2014 and performed in “The Shmagina Dialogues” in 2015, gave her input on why virginity is a subdued topic of discussion.

“I think everyone just assumes that everyone’s had sex before, which is such a wrong assumption,” Rimm said.

Many students report choosing to have sex for the first time at the University. Rimm is one of those students.

“I didn’t have sex my entire freshman year, and I felt so isolated,” she said. “The first time I had sex was my second semester sophomore year. I was also newly out, so it was super exciting for me.”

Rimm was intentional about her sexual debut.

One member of the class of 2018, who wishes to remain anonymous, identifies as a virgin and does believe that the “first time” is a big deal—for her, at least.

“[Wesleyan] is very much a casual sex environment,” she said. “That’s fine, because it is a personal thing. I think it just makes it harder for other people who don’t want to [have sex] to hold on to it without feeling ashamed.”

She noted, however, that the decision is intensely personal.

“I plan to [remain a virgin] until I have a reason to change my mind,” she said. “Of course, morals play a role. It’s not common to want to hold on to your virginity, you know?”

“I’ve become a sex educator,” she said. “I teach sex ed with ASHA, and sex positivity is a huge and important thing to me.”

According to the anonymous member of the class of 2018, however, sex positivity may actually inhibit the conversation surrounding virginity, or at least the socially-constructed idea of “virginity.” She elaborated on the pressures of hookup culture on a sex-positive college campus.

“With the hookup culture here, I just feel like it’s so uncommon to be a virgin, or even to be a virgin who doesn’t want to lose it,” she said. “I feel like that ostracizes me… and so I do feel a certain amount of pressure on this campus to lose my virginity, so I won’t be thought of as a prude or just to fit into the majority and not be called out or ridiculed for it.”

If there is a resounding assumption that everyone else is having sex on this campus, how, then, do we lessen the stress some might feel about wanting to “lose” their virginity in order to fit in or those who want to “keep” their virginity without being ostracized?

Talia Baurer ’15, a former sex columnist for The Argus, pointed out that the adults in many children’s lives instilled in them the idea that virginity should ideally be lost after marriage, or at the very least, in a long-term relationship.

“There’s definitely a hierarchy of the way adults have talked to me and many of us about sex,” Baurer said. “‘Don’t do it. If you’re going to do it, do it when you’re married. If you do it before you’re married, do it with someone you love and trust. I just don’t want you doing it with a random person.’ But I have plenty of friends who have had sex for the first time with a hookup, and it was fine. They had a positive experience and then they moved on with their lives.”

The adults who raise us, though, have a strong impact on our decisions and how we feel about them. An anonymous member of the class of 2017 believes her mother would disapprove of her participation in a “hookup culture.”

“My mom doesn’t know that I’m sexually active, and it’s not so much that she disapproves of me as a young person having sex, but I do know that she would disapprove of just hooking up with a random people and not having a big emotional commitment because of it,” she said.

Hookups, though, are not satisfying for everybody. N.S. ’17 recounted the first time he had sex.

“I personally regret not having done it with someone I cared about or known longer,” he said. “It wasn’t an enjoyable experience. I definitely felt very weird and uncomfortable…. It didn’t seem natural… because I wasn’t physically comfortable with the person.”

Though N.S. ultimately regretted his decision to have sex for the first time in a casual hookup, he acknowledged that for some people, this is the right choice. That said, he believes communication is key in such scenarios.

“As with all healthy sexual relations, whether they be for a night or a year, I think that open communication is really important,” N.S. said. “ I just think that even if [losing your virginity] isn’t a big deal to you, let your partner know [that it’s your first time].”

Another anonymous member of the class of 2018 shared a quote from Amy Poehler’s book, “Yes Please.”

“Keep your virginity for as long as you can, until it starts to feel weird for you,” Poehler wrote. “Then, just get it over with.”

The anonymous student took this mantra to heart when she made her sexual debut; her virginity, she said, had begun to feel burdensome.

“I lost it to a guy who I was hooking up with for the second night in a row,” she said. “I was pretty ready. It’s not because I loved him. It was just an opportunity to get rid of this [virginity]. It was kind of gnawing at me. I didn’t want it anymore. And I’m not the kind of person to really think losing your virginity is a big deal.”

It was only after she had sex for the first time that she began to feel conscious of social pressure surrounding it.

“Losing it made me realize it’s really not that big of a deal, but I did go through a time when I wondered if it should have been more of a deal,” she said. “Should I care more about it? Did I do something wrong? It was only after I started talking to other people about it did I start doubting myself…. There’s definitely some slut-shaming and an idea that you’re too desperate if you lose it through a hookup, I feel.”

“The technical time that I lost my virginity isn’t the time I think about when I lost it,” Homer said. “It was the second time, when I felt more comfortable… and that was a more positive experience for me. So that’s what I think back, a time when I officially made love as opposed to getting something over with.”

Delilah Seligman ’16, who performed in both “The Vagina Monologues” and “The Shmagina Dialogues,” transitioned from male to female during her time at Wesleyan. She shared her insights on the impact of the gender binary in discussions of virginity.

“As someone who’s been on both sides of the gender fence, I’d say that definitely back in high school there was talk about boys’ needs to be proud of their virility and their urges,” Seligman said. “They’re supposed to revel in them, whereas girls are supposed to be shy, demure, and protective of their bodies.”

The very term “sex” once held a singular definition: a penis penetrating a vagina. That definition has certainly changed and become more fluid due to increased openness and acceptance of all sexual and gender identities.

The term “virginity,” on the other hand, seems to have remained relatively constant throughout history and has been defined as the absence of sex. But sex comes in shades. A person can engage in a variety of sexual acts without having penetrative sex. Where do we draw the line between sex and virginity?

Rimm pointed out that by contemporary standards, we can define sex and virginity in whatever way we choose.

“You define ‘sex’ however you define ‘sex,’” she said. “And you have it whenever you’re ready. It does not have to be a big deal for the first time, but it could be if you want it to be.”

Another anonymous member of the class of 2017 spoke about the autonomy she felt after having sex for the first time.

“It was kind of empowering [to have sex],” she said. “Realizing that this is something I can do, and I can make these decisions. I felt more like an adult and more in control of what happens to my body.”

Baurer, though, noted that there still is room for more dialogue and discussion regarding virginity.

“I think there are many challenges on this campus for anyone who does not have sex and does not engage in the hookup culture for any reason,” she said. “Wesleyan’s sex positivity forgets that it has to include and valorize the experiences of those who are not doing those things.”

Seligman provided an alternate view of the concept “losing” your virginity.

“I don’t see it so much as losing something, because that’s such a negative thing… but I see it more like you gain something,” Sligman said. “You’ve gained a new experience; this is the first time you’ve been intimate with someone… and that’s beautiful.”