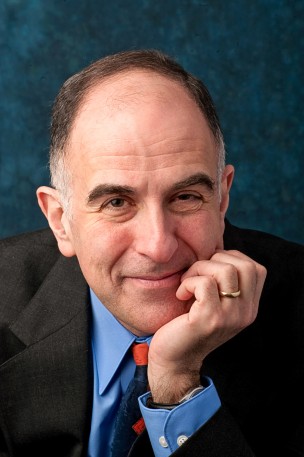 In his first ECON101 class of every semester, Professor of Economics Richard Grossman always begins by playing a “Supply and Demand” rap. While this unconventional introduction to economics serves as a lighthearted foreword to the mysteries of capitalism, it also hints that there is more than meets the eye to this Harvard grad and master of the market economy. The Argus asked Grossman for his personal playlist, which features an eclectic mix of German, Israeli, new wave and singer-songwriter music.

“I am a big fan of Reinhard Mey, a German singer/songwriter. His songs are sometimes sentimental, sometimes political, and often funny. ‘Viertel vor sieben,’ one of his sentimental songs, is among my favorites.”

“Mey is from Berlin and he often sings lovingly of his hometown. ‘Mein Berlin’ was written shortly after the Berlin Wall fell. Since I grew up while the Cold War was on, this song resonates with me.”

“David Broza is a very talented Israeli singer/guitar player. His song ‘Yihiyeh Tov’ (loosely, ‘It’ll be OK’) is beautiful and wonderfully optimistic. Another David Broza favorite of mine is ‘Haifa’—it just rocks.”

“As a relatively untalented piano player, I always liked Billy Joel’s music. ‘A New York State of Mind’ is one of his best.”

“My college roommate is a Cuban-American from Miami who enjoyed (or enjoyed making fun of) the line from ‘Dr. Wu’ that goes, ‘Biscayne Bay/Where the Cuban gentlemen sleep all day.’ Whenever I hear that song, I think back to my freshman year.”

“I like the Maccabeats’ Hanukah song ‘Candlelight.’ And, in the same genre, My 8th Day’s ‘Yalili.’ Both are fun, have nice YouTube videos, and are great to sing along with.”

9. From the Soundtrack of “Slumdog Millionaire,” “Jai Ho”

“‘Jai Ho’ is from the movie ‘Slumdog Millionaire.’ The song plays over the end credits of the movie and is accompanied by a great ensemble dance number.”

“‘Brand New Day’ is another optimistic song. Sometimes I put it on as I reach Middletown—it’s a great song to start the day with.”