The University science laboratories are home to 1,800 zebra fish, among other organisms used for testing. 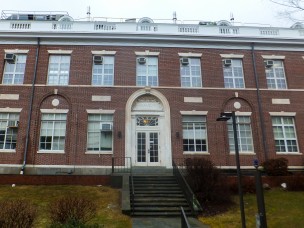 This is the first of a two-part series on animal testing at Wesleyan. The second part was published on Friday, April 3.

When she received tenure, Professor of Neuroscience and Behavior Janice Naegele decided that she would shift the focus of her research from brain damage to brain regeneration. After discussions with her father-in-law, Cesare Lombroso, a pediatric neurologist, Naegele decided to conduct research on epilepsy using mice. Lombroso’s work had focused on improving the living conditions and odds of survival in children with the disease.

“He worked with children who had the worst, the most intractable forms of epilepsy, for whom there were really no drugs that worked, no treatments that worked,” Naegele said. “And he encouraged me to direct my attention to studying epilepsy.”

Nearly every disease known to humans has been researched at some capacity and at some point in time using animal models. HIV/AIDS, Hepatitis C, Parkinson’s, Alzheimer’s, epilepsy, cancers, heart disease—you name it, and animals have probably been involved in experiments for it. And much of this research has yielded drugs, vaccines, and treatments that have proven effective in treating humans, as well as animals. This fact, many believe, more than justifies the practice of animal research and the animal lives that are lost in the name of scientific progress.

But others are less certain.

Take Director of the College of Letters Kari Weil. She had Rh disease, a condition that develops during pregnancy when a mother’s blood and an unborn infant’s blood are incompatible. She is only alive, she says, because of research conducted by Dr. Alexander Wiener and Dr. Karl Landsteiner—research that used rhesus monkeys.

“The only reason they knew how to treat it was because, I think, of studies that had been done on rhesus monkeys,” Weil said. “Now does that mean we should test rhesus monkeys? I’m not sure. I’m not ready to say that there should be no testing. But I would be the first to say: are there alternatives?”

Weil’s concern, in part, is due to the type of animal used in the experiment. Research involving primates, such as the rhesus monkeys that saved her life, is especially controversial.

Philosophy Department Chair Lori Gruen is one of many people to question research practices on primates. An ethicist, she is the creator of last1000chimps.com, a website devoted to tracking and eradicating chimpanzee research. She believes that chimpanzees are too similar to humans for research using them to ever be justified.

“Chimpanzees are highly intelligent, emotional, socially complex great apes that are very evolutionarily and genetically similar to human beings,” Gruen said. “So they’re very similar to us in terms of their emotional lives and their intellectual and physical and social experiences and using them in painful, invasive ways is a harm to them; they don’t consent to it. So, from an ethical point of view, which is the work I do—it’s not justified; it can’t be justified.”

The problem with primates, critics say, is not just that they are too close to humans for research on them to be justifiable, but also that they are too distant for it to be especially useful. The National Institutes of Health (NIH) halted an HIV/AIDS study on chimpanzees, conducted in the 1980s during the height of the epidemic in the United States, because the animals were a poor model for human response to the disease. Efforts to use chimpanzees for Hepatitus C have slowed in recent years because, despite the fact that chimpanzees provide a good model, non-animal methods have proven to be effective. In 2013, the NIH announced it was retiring all but 50 of its 360 research chimpanzees.

At the University, there is no research being conducted on any of the especially controversial animals: primates, dogs, or cats. Supervisor of the Animal Care Facilities Peter Shatos wrote in an email to The Argus that the facilities contain 1,800 zebra fish, 430 zebra finches, 250 mice, and 85 rats.

But while research on primates tends to generate the most controversy among animal experiments—along with research on dogs and cats—other forms of animal research still come with many ethical concerns.

Some of these come from within the scientific research community. Every institution that receives federal funding for vertebrate animal research, such as the University, is required by the NIH to create an Institutional Animal Care and Use Committee (IACUC). Institutions housing mammals must have an IACUC, regardless of federal funding status. IACUCs are responsible for regulating animal research conducted at institutions. They read through animal research protocols, determining whether they are scientifically and ethically justified. The committee accepts, rejects, or requests more information about the proposals.

According to scientists, these protocols lead to good, ethical science. The committees determine not only whether certain research has to be done on animals; they also determine whether the research has been done previously, theoretically preventing applicants from using animals, and often killing them, in order to perform old experiments.

But others question the composition of the IACUCs. Each IACUC is required by law to include at least one scientist, one veterinarian, one nonscientist, and one person unaffiliated with the institution. Many scientists say this brings diverse views to the IACUCs. But some people, like Gruen, claim the inclusion of scientists from the institution prevents the IACUCs from making sound ethical decisions.

“Imagine a place [unlike Wesleyan] where there are actually primates and dogs and cats that are being used in research,” Gruen said. “And the people that are deciding it’s OK are the very people who are using the animals in their research. Does that instill confidence in the public about the oversight?”

Devoto responded in an email to The Argus that the reason for the inclusion of at least one scientist on the committee is due to the need to determine the scientific merit of the studies.

“An essential part of protocol evaluation is a determination of whether research is justified: Will the proposed research provide new and valid information, is it good science?” Devoto wrote. “This evaluation requires considerable scientific expertise.”

But Gruen believes that determining scientific merit should not be the only, or even the main, concern of the IACUCs.

“[IACUCs] are about whether a scientific experiment is justified for animal welfare concerns,” Gruen said. “So it’s not really an answer [to speak of scientific merit.] How can a scientist who doesn’t know ethics answer an ethical question? I could say the same thing about that, right?”

In addition, Gruen said that IACUCs are often over-eager to accept proposals.

“There was a study that was done last year or the year before that says pretty much [that] IACUCs are rubber stamps,” Gruen said. “That 99 percent of all the research protocols are approved and the other 1 percent are usually just modified and then approved.”

Gruen cited an article from The Cap Times that sourced a 2001 study by Scott Plous, Professor of Psychology at the University, and Harold Herzog, which stated that 98 percent of research protocols submitted were approved by the institutions’ IACUCs.

Plous is on sabbatical in India and was unavailable for comment, but Devoto wrote in an email to The Argus that at least one-half of protocols submitted to the University’s IACUC are not approved as written. All protocols, during the time he has been chair, he added, ended up being approved. The committee views all of the animal research conducted at the University to be scientifically justified.

In general, though, Gruen has lasting concerns about the ethics of animal testing.

“There’s a moratorium on euthanasia on chimpanzees, as there should be,” Gruen said. “But other animals—dogs and cats and fish and rats and birds, mice—they’re all killed. So there’s a question about whether that is justified. And how you would justify it.”

Correction: A previous version of this article erroneously stated that Gruen did not provide a source for her statistics; this is false. The article also stated that less than half of protocols submitted to the University are not approved as written, but in fact, more than half of protocols submitted are not approved as written. These have been corrected above.