With the Academy Awards rolling around, The Argus Arts section took look at the nominees and made our own predictions. We asked who might win and which underdogs we are holding out for. 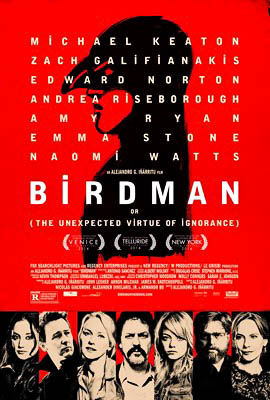 For the first time since 2009 (when the Academy doubled the potential number of nominees), only eight films have been nominated for Best Picture. This year, the Academy tipped its hat to a collection of character studies. Four are biopics, and four are fictional creations.

“The Theory of Everything” lands at the bottom of my list. Eddie Redmayne is impressive in his ability to display Stephen Hawking’s emotions as the scientist develops his infamous motor disorder. I liked that the film focused on Hawking’s first marriage, but it was unable to carry the story or explore the implications of his scientific work. Nothing else about the movie really impressed me by any means.

“American Sniper” bothers me. To be fair, its recreations of war are expertly done, and Bradley Cooper gives what may be his best performance as Navy SEAL Chris Kyle. The movie begins by taking a promising route exploring how Kyle struggles with PTSD from his multiple tours. Unfortunately, director Clint Eastwood decides to drop that in the final scenes and glorifies a man who walked a much more morally gray line than the film suggests. I’m not sure Eastwood really knew what he wanted to say with “American Sniper,” but he fails to make a genuine statement.

“The Imitation Game” is unadulterated Oscar bait, but at least it’s decent Oscar bait. Benedict Cumberbatch gives a strong performance as Alan Turing as he cracks a Nazi code with his misunderstood genius. Alexandre Desplat’s score is fine, as is the pacing. This movie, in general, is good. It is not great.

I’m excited that “Whiplash” made the cut if only because it’s so far from what one would expect from the Oscars. Damien Chazelle’s directorial debut is an excellent depiction of a young drummer’s nihilistic quest to become legendary. Miles Teller plays that drummer quite well, but the real heart (or lack thereof) of the movie is J.K. Simmons. Simmons plays Teller’s jazz instructor, and he is wonderful and horrifying to behold in each frame he inhabits.

“Selma” marks the first movie on this list that actually deserves to be recognized as one of the best films of the year. David Oyewolo’s MLK is unparalleled, and at the same time he is matched with several amazing ensemble performances. Ava DuVernay directs some of the most powerful scenes of the year. Chances of “Selma” winning Best Picture: zero. With “12 Years a Slave” winning last year, the Academy will avoid caring about “race films” for another few years.

“The Grand Budapest Hotel” might be Wes Anderson’s greatest work. Like “Selma,” it possesses a breathtaking ensemble that rotates around the captivating wonder of its lead, Ralph Fiennes’s Gustave. “Budapest” hilariously creates a fantastical world on the verge of World War II (or some equivalent). It’s gleeful in its darkness, but heartwarming in its humanity.

“Boyhood” as a film is nearly impossible to criticize. That’s not to say the film does not have flaws. But how does one break down a movie that encapsulates more than a decade of time and the most fully realized representation of coming of age ever seen in film? Each scene in “Boyhood” comes from someone’s real life experience. This may not be Richard Linklater’s masterpiece (look to his “Before” trilogy), but this will almost certainly remain his most groundbreaking work. The success of its concept at all is astounding, and the feeling of watching “Boyhood” is like nothing else.

And then, there is “Birdman.” This dark comedy revitalized Michael Keaton’s career. It is gorgeously engineered to appear as one continuous shot; it finally gives Emma Stone a role worthy of her talent; and it beautifully and exhilaratingly explores what adoration is amongst the backstage drama of the opening of a Broadway play. Is “popularity the slutty little cousin of prestige,” as Edward Norton’s character whines? Does true power come from viral fame, as Stone suggests? Is anyone in the cast even remotely a decent human being? “Birdman or (The Unexpected Virtue of Ignorance)” ponders those questions and many more, all while being stunning, hilarious, and heartbreaking at every turn.

A few days ago, I would have said “Boyhood” had the win locked. But with “Birdman” winning at the Producers Guild that seems far less likely. “Birdman” winning is far from secure, but it has now become the favorite.