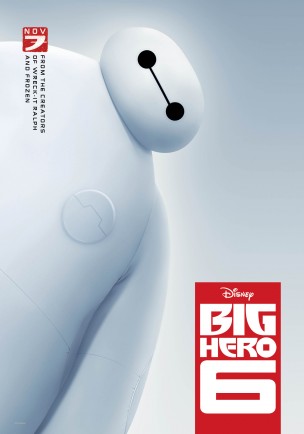 This past year was incredible for animated features. However, with great films come great surprises. This year, the Oscar voters managed to shock everyone by declining to nominate “The Lego Movie.” Many had predicted the film would take home the golden statue, yet the critically acclaimed box office hit failed to garner a spot among the nominees. Perhaps the best explanation behind this snub is in the Hollywood Reporter’s article, which mentions that “the members of the animation branch are largely older, European and hate seeing traditional animation slip away.”

That being said, the nominees in the animated feature category are all worthy of recognition, and, with Pixar’s absence, this year’s competition is a tough call. Disney’s “Big Hero 6,” DreamWorks’ “How to Train Your Dragon 2,” Laika’s “The Boxtrolls,” Studio Ghibli’s “The Tale of the Princess Kaguya,” and Cartoon Saloon’s “Song of the Sea” are this year’s nominees, boasting diverse stories and animating techniques.

“How to Train Your Dragon 2” is by far the frontrunner, due to its mesmerizing visuals and captivating storyline. The original film was nominated back in 2010 but lost to “Toy Story 3.” With the exception of “Toy Story 3,” the Academy members have never awarded a sequel an Oscar in this category, and compared to Disney’s rising popularity in the last few years, DreamWorks is no longer a favorite among the voters. However, with a Golden Globe in hand and incredible campaigning by DreamWorks Studios, “How to Train Your Dragon 2” might break the traditions and win the night.

On the other hand, Disney is defending its title as “Frozen” made a comeback for the company last year. “Big Hero 6” is Disney’s first animated feature with Marvel characters, which is a step forward from its fairy tale tradition. The big budget box office hit has yet to finish its international run, but has already caught the attention of many critics around the world.

“The Boxtrolls” is Laika Studios’ third stop-motion animation, after “Coraline” and “ParaNorman,” nominated in this category. The British film stands out among other nominees with its unique stop-motion magic, but unfortunately offers no more than what “Coraline” and “ParaNorman” competed with before. While “The Boxtrolls” is far from putting the Oscar in its box, it’s always nice to see stop-motion animation appreciated in today’s CGI-dominated industry.

Lastly, from the creators of “The Secret of Kells,” “Song of the Sea” is the dark horse in this year’s race. “Song of the Sea” has managed to row the path to the top thanks to its distributer GKIDS (also the distributer of “The Tale of the Princess Kaguya”), which has masterfully advertised and screened the movie among the critics and the Academy voters despite its limited public release and small online presence. So far, the trailer looks pretty solid for a movie that is promisingly both culturally rich and visually detailed. It’s very unlikely for “Song of the Sea” to win the first place, but considering that it made its way past “The Lego Movie,” I would hesitate before guessing the outcome with this one.

Will Win: “Big Hero 6”
Should Win: “The Tale of the Princess Kaguya”
Snubbed: “The Lego Movie”