Bernstein ’15 Passes Away During Break, Memorial Service to Be Held On Campus

“Rex was a large person with a large personality, and he will be missed by many here on campus,” Vice President for Student Affairs Michael Whaley wrote. 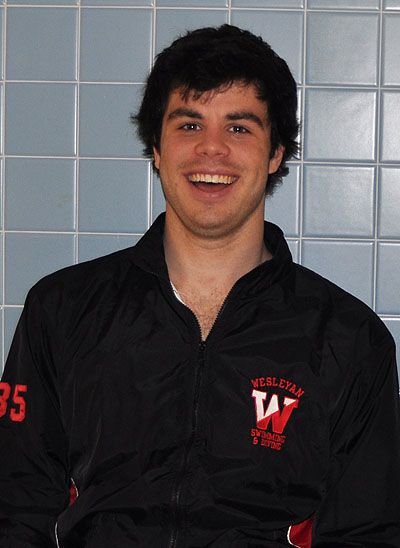 According to a Jan. 15 all-campus email from Vice President for Student Affairs Mike Whaley, Bernstein died peacefully in his sleep while visiting family on the West Coast. The cause of death has not been released. The Office of Religious and Spiritual Life is partnering with Bernstein’s friends on campus to plan an additional memorial service at the University.

“Rex was a big guy with a big heart, a big smile, a big laugh and a twinkle in his eye,” read an obituary in The Journal News from Jan. 18. “Rex had a quick wit and a lot of opinions. He had the courage of his convictions.”

Whaley echoed that statement in his email to the campus.

A government major with a minor in history, Bernstein was a member of the Beta Theta Pi fraternity and a former member of the swim team, competing in the backstroke and freestyle events. As The Journal News recounts, Bernstein was often seen walking his dog, Gato, around his neighborhood.

Whaley reminded students that Director of Religious and Spiritual Life Rabbi David Teva and University Protestant Chaplain Reverend Tracy Mehr-Muska, who will organize the on-campus service, and the therapists at Counseling and Psychological Services (CAPS) are all available to talk to students. CAPS can be reached around the clock at 860-685-2910.

Assistant to the Vice President of Student Affairs Lorna Scott will be collecting expressions of condolence and remembrance that will be forwarded to Bernstein’s family. These may be sent to lscott@wesleyan.edu.

“They especially asked for photos, memories and stories from his friends,” Whaley wrote.

The comments section of this article is open to students, friends, and family who wish to share their thoughts and memories.