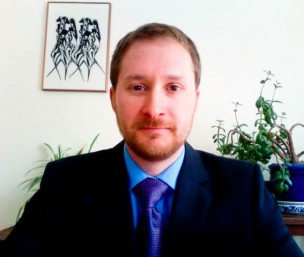 As a Visiting Assistant Professor of African American Studies, David Swiderski has expressed his passion for and extensive knowledge of music by teaching classes such as “Ebony Tower” and “I Strike The Empire Back: Black Youth Culture in The Neoliberal Age.” Swiderski has been an avid music fan since he was a teenager, when a record club membership offered by Columbia Records allowed him to build a collection rooted in alternative rock and grunge’s signature “Seattle sound.” He turned to the blues in high school when he picked up the guitar. Swiderski’s musical upbringing, along with his studies in African American music, has informed his significant technical and historical music expertise. The Argus asked him for his personal playlist, and what he provided ranges from the blues, funk, and jazz to soul, folk, and politically inspired hip-hop.

Little Walter, “Roller Coaster”
“Little Walter is a harmonica virtuoso who played a lot with Muddy Waters. ‘Roller Coaster’ is not typical blues harmonica; it’s this totally liberated expression. My jaw just dropped listening to it.  How you could have in your mind to play what he played is the astonishing part.”

Charles Mingus, “Hog Callin’ Blues”
“Mingus has a manic energy in his music. I love the way he incorporates this range of sonic impulses from the whistles and screeches of horns to more melodic instrumentation.”

Herbie Hancock, “Fat Mama”
“This begins Hancock’s exploration of soul and funk by drawing those into the world of jazz. The link with the Mingus piece is this amazing tenor saxophone, which is way down in the lower registers of the tenor. It’s this totally funky groove to start the song off and he’s playing a Fender Rhodes on top of that, which gives the song a great pulse of energy. It’s a much rounder sonic experience than the Mingus piece, which has a lot more jagged edges and discord.”

Booker T. & the M.G.’s, “Time is Tight”
“I was doing my dissertation research on Cleveland and found this Jules Dawson movie, “Up Tight,” about the neighborhood I was studying. It’s about the Black Nationalist struggle in the ’60s, and Booker T. & the M.G.’s wrote this song for its soundtrack.  It’s a bit somber but very lovely; I like the R&B sound. The organs, guitar, and the horns section combine to create music that generally appeals to me.”

Guns N’ Roses, “Paradise City”
“This song and Slash got me interested in playing the guitar. I must have been in fifth or sixth grade, and they made a big impression.  It’s one of those rock anthems from the ’80s that’s a guilty pleasure or like musical candy. I still listen to it sometimes. I drove my wife crazy; we were driving to New York, and it came on, and we had been in a traffic jam getting stressed out, so I just turned it up and made us listen to it at full volume. We were in a much better mood after that.”

The Coup, “Pick A Bigger Weapon”
“I’m especially drawn to conscious rap.  Rap music as it evolves has a question of whether or not it has a higher purpose. Is it just for party music or is there something impactful you can say about the world?  This late ’90s Oakland group promotes explicitly radical politics.  When I’m feeling frustrated at the state of the world, I put on this track and let them vocalize what I’m feeling.”

Nina Simone, “Since I Fell For You”
“A beautiful love song. For quieter moments and more mellow moods, I go with her.”

Mahalia Jackson, “Take My Hand, Precious Lord”
“Again, just beautiful to listen to. “Take My Hand” is easy on the ears and soothing to the soul. It’s like medicine.”

Ani DiFranco, “Shy”
“An amazing musician with politics heavily interwoven into her music.  She takes apart the folk genre and rearranges it in a way that is brand new and totally compelling.  Her vocal range is staggering on ‘Shy,’ which is the first DiFranco song I ever listened to.  I had never heard music like this before.”

Rachmaninoff, “Vocalise”
“I’ve recently found that Bobby McFerrin’s version of ‘Vocalise’ is perhaps the perfect lullaby in that it is pleasant for parents and soothing for babies (at least mine).”