Films that the Arts Staff loved from the past few months.

The summer blockbuster is a long-standing art form of its own. In 2014, summer hits come in so many different shapes and forms: the small-time liberal indie, the explosives-ridden superhero megalith, the 12-year-long art film. The Argus Arts staff got together to talk about our favorites: 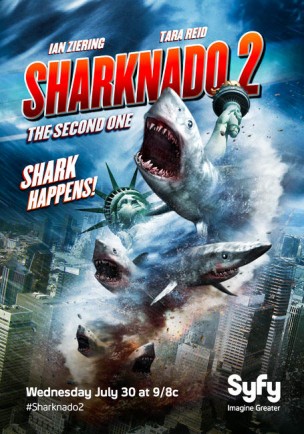 “Sharknado 2: The Second One”

I watched “Sharknado” and “Sharknado 2: The Second One” one after the other. On a personal level, I couldn’t wait longer than a minute to experience again the thrill of watching “Beverly Hills, 90210” star Ian Ziering slice through a shark (from the inside-out) with a chainsaw. The rest of the world had to wait a full year between the surprise hit of the 2013 SyFy original movie—a title bestowed upon only the best of cinema, such as “Big Ass Spider!” and “Chupacabra Vs. The Alamo”—and its almost immediately announced follow-up. In that year, the world changed. The Sharknado threat moved from Los Angeles, shot with 50 percent stock footage, to New York City, shot in brilliant, high-as-a-kite definition. You really feel like you’re immersed in a tornado surrounded by hammerheads.

Like any NYC-focused disaster movie, the Statue of Liberty takes a hit, but the finely tuned, perfectly self-aware schlock of the first film does not. “The Second One” is a tour-de-farce of so-bad-it’s-good acting, not even slightly realistic visual graphics, and is-that-how-they-think-humans-speak dialogue. The “Sharknado” series knows exactly what it is (a deliciously campy B-movie) and why we watch it (to judge, to laugh, to make fun of). Are you not entertained?

Last year, when Disney wooed the world with “Frozen,” the eyes were on “Maleficent” as Disney’s next fairytale motion picture. “Maleficent” focuses on the origin story of the “Sleeping Beauty” villain and offers an alternate ending to a classic fairytale.

“Maleficent” is visually pleasing, beautifully designed, and has an immaculate soundtrack. Angelina Jolie delivers one of her best performances yet, which breathes new life into a character that I have been craving to know more about ever since I saw the Disney original “Sleeping Beauty” on VHS. However, the movie suffers from a few flaws. First, its focus is almost entirely on Jolie. The script was written specifically for Jolie the actress and therefore showcases her best talents, but not enough time is given to supporting characters. It should also be noted that the scenes feel disconnected at times, and I feel that there could have been room for more plot.

Even considering its shortcomings, however, “Maleficent” is my favorite movie of the summer. It gave closure to one of my childhood wishes, and I owe that to everyone involved in its production.

“Guardians of the Galaxy”

There were probably better movies this summer than “Guardians of the Galaxy.” In the history of cinema, something like “Boyhood” will end up being remembered more fondly than this. But I dare you to find a blockbuster (and, perhaps, a film) more fun than “Guardians.” Yes, it’s technically a superhero movie, making it the twenty-first superhero movie in the past four years. And it’s based on a property that, before the movie was announced, roughly 10 people (myself included) enjoyed. Everything about “Guardians” screamed failure. Yet somehow, director James Gunn extracted a movie that was simultaneously accessible to new viewers and that stayed true to the original comics’ glorious, massive scope.

First and foremost, “Guardians” works so well because it has a sense of humor and joy about itself. Rather than becoming mired in detached sarcasm or gritty darkness, “Guardians” understands the inherent ridiculousness in its premise and goes wild with it. Talking raccoon? Check. Giant floating god-skulls? Check. Humanoid tree with the voice of Vin Diesel? Check. The film is so sincere and bombastic that all its elements must simply be accepted. Nobody stares into the camera shrugging their shoulders. It’s pure, unadulterated fun, thanks in part to the strength of the leads. Chris Pratt’s goofy charms and Zoe Saldana’s steely intensity are on full display here. Bradley Cooper makes a talking raccoon come to life in a way that only Bradley Cooper can. Hell, Vin Diesel repeats three words throughout the entire movie and breathes life into a talking tree. I’m not saying that “Guardians of the Galaxy” will reinvigorate the superhero movie. But it’s a hell of a lot of fun, full of weirdness and energy. So it’s a good start. 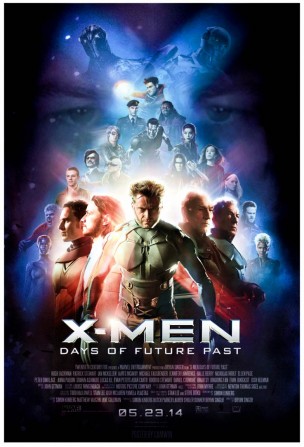 “X-Men: Days of Future Past”

“X-Men: Days of Future Past” begins in a post-apocalyptic wasteland, where humans and mutants alike have been hunted to the brink of extinction by robotic sentinels. It is in this post-apocalypse that the X-Men decide to band together one final time to send Wolverine (Hugh Jackman) back in time with Kitty Pryde’s (Ellen Page) time travel powers to prevent Mystique (Jennifer Lawrence) from murdering mutant-hating bigot, Bolivar Trask (Peter Dinklage) and stop the sentinels from ever being created. While the convolution of the plot is undeniable, “X-Men: Days of Future Past” is a suitably epic and satisfying seventh entry in the X-Men film series. In spite of Kitty’s time travel abilities, it is made clear that Wolverine’s trip into the past is a one-time deal, as well as their only shot at stopping the sentinels.

As such, the fate of the world rests on Mystique’s decision. Though I enjoy the focus on Mystique, who—like most women in superhero movies—was largely relegated to the sidelines before “X-Men: First Class,” I also cannot deny how problematic it is that the film essentially boils her options down to choosing between Xavier’s belief in peaceful coexistence and Magneto’s desire for a violent mutant uprising. In the end, though, the decision is hers, and the stage is set for Mystique to have her own adventures apart from both men. Hopefully, Fox will follow up on this with an equally satisfying Mystique solo film, as X-Men producer Lauren Shuler Donner has suggested they will.

Society’s gotten over the whole “women aren’t funny” thing, right? If there are any holdouts out there, they need not look any further than the Gillian Robespierre-directed, Jenny Slate-starring romantic comedy “Obvious Child.” The film is also a perfect display of women being smart, sensitive, and thoughtful as well. Basically, this film, like other young female-driven projects such as “Girls” and “Frances Ha,” reminds us that women make for some of the quirkiest and most nuanced characters. “Child” follows Slate’s Donna, a struggling comedian whose one-night stand leaves her with an unwanted pregnancy to terminate and a sweet guy who possibly wants more from the relationship.

One of the most refreshing things about “Child,” in addition to the subtle feminism of its interesting female main character, is the fact it still maintains a sweet rom-com heart underneath its crude jokes and overtly liberal ideals. Ultimately, Donna and the other characters are simply looking to find themselves and to be loved—tried-and-true rom-com themes. The combination of an earnest search for love with the sometimes dirty and unpleasant truths of twenty-something life make for a refreshingly honest film. “Child” is playing at the Film Series this semester, and I highly recommend everyone take the time to experience life from Robespierre’s funny and sincere perspective. 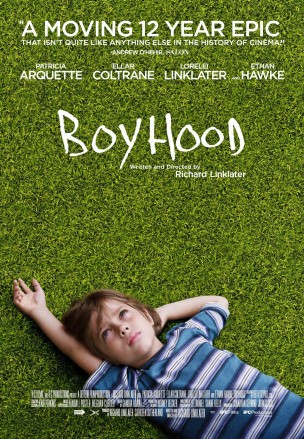 One of the most anticipated films of the summer was Richard Linklater’s “Boyhood,” a nearly-three-hour tale of a young boy, Mason (Ellar Coltrane) finding his way through the tribulations of youth and young-adulthood in Texas, as well as the turbulent relationship of his parents (Patricia Arquette and Ethan Hawke). For those who have enjoyed other Linklater films, such as Wesleyan-favorite “Dazed and Confused,” “Boyhood”’s rambling pace, amorphous plot, and sweetly nostalgic sense of “good old days” dreaming are at once familiar. He accomplishes this by aiming his lens away from plot twists and major life milestones, such as protagonist Mason’s loss of virginity or high school graduation, and instead favoring the “ordinary” moments of life, such as a morning before work or a conversation with dad. This lends the film a “homier” feel and creates a subtler tension that carries the plot forward in an accessible and resonating way.

What sets this film apart is Linklater’s unorthodox filming method of shooting a few days a year for twelve years with the same cast. This not only augments his conveying of the transitory nature of time, but it also avoids the traditional pit-fall of unfortunately mismatched younger and older versions of characters that create choppy transitions through the years. There was also a noticeable improvement in the acting as the film progresses. The soundtrack pulls together the most iconic songs of each era, from Coldplay to Britney Spears to Arcade Fire, to serve as guideposts in orienting the audience to the time. The result of these temporal considerations is a leisurely paced, dreamy film weighed down by its thoughtful adherence to the ordinary that offer plenty of room for self-reflection.