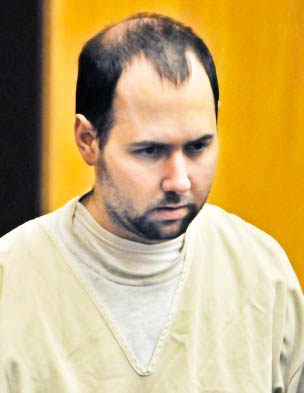 On Friday, April 11, Connecticut Valley Hospital doctors recommended that Stephen Morgan, the man acquitted of the 2009 murder of University student Johanna Justin-Jinich ’10 due to insanity, remain in the maximum-security Whiting Forensic Division. Morgan will be evaluated every two years to see whether he is ready to be released to a less secure facility.

According to an April 11 article in The Hartford Courant, Morgan’s doctors said that he had been making progress in releasing his paranoia and gaining insight into his mental illness. The doctors also said he is now more capable of coping with the emotions that arise when he thinks about Justin-Jinich.

“I wish to apologize for what I did to the family,” Morgan was quoted as saying in The Courant. “I know no words of mine can ease their pain. I’m trying to understand why I did what I did.”

On May 6, 2009, Morgan shot Justin-Jinich while she was working behind the counter at Red & Black Café in Broad Street Books. Morgan and Justin-Jinich met while taking classes at New York University in summer 2007. Morgan was not a student at the University, but he developed an obsession with Justin-Jinich and repeatedly attempted to contact her.

Morgan addressed the court, expressing thanks to his doctors and his treatment team at the Connecticut Valley Hospital. He also stated that his goal is to work hard to gain a better understanding of his crime.

The court is scheduled to evaluate Morgan again in 2016.