Fish Out Of Water: Students Expand Horizons With Introductory Classes in the Arts 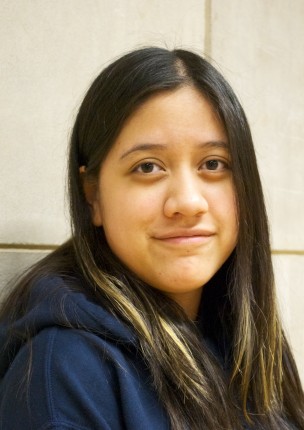 Since 1831, the University has emphasized its liberal arts education, and though satisfactory completion of 32 credits is the requirement for graduation (with most majors requiring the successful completion of 10 credits on average), students have the freedom to choose from a wide range of courses and explore their areas of interest. As an international student who came to Wesleyan with the intention of majoring in mathematics and computer science, I had never taken an arts class before. This semester, I was tempted to take Acting I in an attempt to diversify my curriculum and, in doing so, discovered an entirely new artistic side of myself. It may be daunting to take a course in the arts with no prior experience, but I quickly learned that I was not the only one having this sort of experience. So I got a box of donuts and a recorder, and prepared to interview four students about their experiences in the lovely world of arts.

I had the pleasure to talk with Alexander Turner ’15, a sociology major from Los Angles. This semester, he is taking The Social Body, Urban Societies, Narrative and Ideology, and Acting I. For me, the latter is challenging in representing a believable character with human emotions. For Turner, the difficulty lies elsewhere.

“We’re learning how to act,” Turner said. “It’s an introduction to acting…. For me, what I’m learning how to do is memorize lines. It’s the biggest thing. ’Cause I can’t do that!”

Turner has had some exposure to the world of acting through roles in student films.

“I’ve been in a bunch of student films,” Turner said. “Chloe [Shipko ’14] asked me to be in one of her movies last year. I think it was for her class project and I was like, ‘No! I’m going to ruin your movie.’ But then I was forced into it and got good reactions.”

Turner has also acted in Shipko’s thesis and other student films. These experiences made him curious about acting in general, leading him to our class.

“I’ve been doing acting and I wanted to see what a method would say,” Turner said. “I was curious because there are so many different parts of living as a human that you can represent on a screen, and if everyone approaches it from the same way, you’re going see very narrow aspects of human experience and expression. I wanted to see what that way was and why.”

When I asked Turner what he thinks about the difference between acting on film and in an acting class, I was not surprised that he saw them as separate experiences.

“One, in film…you do have to memorize lines but…it doesn’t matter really that much,” Turner said. “And then film is more kind of like hanging out with your friends. You don’t really have to sit in class and do things! But I guess they are kind of similar too.”

I think of art as a representation of an individual’s inner image and feelings on paper, screen, or stage. Turner also has a unique perspective on the arts.

“To me, art is an expression and I think it depends on if the person receiving it relates to the person who is expressing it,” Turner said.

Turner thinks every artistic experience is specific to that individual.

Aime Arroyo-Ramirez ’16, a sophomore from Berkeley, California, is a neuroscience and behavior and biology double major that can dance her way through any party. This semester, in addition to two science classes, a lab, and a physical education course, Arroyo-Ramirez is taking West African Dance I to add something new to her schedule. Her last comparable experience was a hip-hop class in fifth grade during which she had to perform in front of the whole school; West African Dance is adding a new academic perspective to her past dance experiences.

“We’re learning how to dance, obviously,” Arroyo-Ramirez said. “But what I think a lot of people tend to forget about dance classes is that they also learn a lot about the culture…[of] where the dance comes from.”

Though West African dance is new to Arroyo-Ramirez, she has been able to make connections to her neuroscience background.

“I took a class last semester called ‘Behavioral Neurobiology,’” Arroyo-Ramirez said. “We learned a lot of things involving neuroscience, but we learned a lot about movement and how it started and what’s going on and muscles and everything like that and so I thought it would be really cool to take a class where I’m looking at something through a different point of view.”

Although Arroyo-Ramirez didn’t plan to take dance classes in college, she was inspired to do so by one of her courses last year.

“Last year I took a class called Greek History and so I realized…there is more to me than just science,” Arroyo-Ramirez said. “I love science. It’s really fun. But I also love history. I love art. I just want be this well-rounded person and I feel like…I tend to forget about other things when I’m focusing on my major so much.”

Arroyo-Ramirez may have been afraid of taking a dance class at first, but I couldn’t see a single sign of regret in her eyes when she was talking about her class.

“Sometimes…I would be a little worried about the class because I would be like, ‘There’s going be dance majors in the class and…I’m just going look awful in comparison and I have not done nothing like this in a while,’” Arroyo-Ramirez said. “But honestly, the professor looks at your experience. So they’re not going to expect something crazy for you when it’s something really new.”

William Donnelly ’15, an English major, is taking Introduction to Dance among his other classes.

“We learn the basics of movement,” Donnelly said. “We’re not learning specific types of dance necessarily, we’re just sort of learning how to move and move with each other…. [The class is] meant to introduce people who are unfamiliar with dance into moving their bodies in new ways that I haven’t previously thought of.”

Donnelly was inspired by the artistic pursuits of those around him.

“I took dance because my boyfriend is a dancer,” Donnelly said. “He is very passionate about dance and I just thought…[I would] learn a little bit more about something that he is really interested in…Also, last semester I had a lot of very heavy reading intensive classes, so I though I’d take something that was a little bit out of my comfort zone.”

Donnelly is satisfied with his skill progression in the class so far; however he doesn’t quite agree with the fact that many dance courses are worth only half a credit.

“I know a bunch of people who are in dance classes and they have this super intensive workout, and on top of that they have papers, have to go to performances and everything, and still they only get half credit for it,” Donnelly said. “I think dance classes should be worth more than a credit because it takes…an intensive amount of physical energy.”

After taking his first dance class, Donnelly now has an appreciation for the time and effort dance majors put into their work, despite the half credit that may be listed next to some classes on WesMaps.

“I have definitely learned how much work it takes to be a dancer,” Donnelly said.

To end an already amazing evening of hearing about interesting experiences, I wrapped up my interviews by talking to Hugh Manoli ’15 from Pittsburgh, who is double majoring in neuroscience and behavior and biology. He is taking Drawing I this semester; although this is his first time in a studio art class at Wesleyan, he was continuously involved with arts during high school.

“I went to an arts magnet high school, so I have sort of a basis…a background in drawing,” Manoli said. “So during the afternoon we took art classes, but my drawing class was not that good. I think this one [Drawing I] is a lot more structured because we have to fit all of Drawing I into a semester. Whereas in my old school…each year you took a drawing class so there wasn’t as much pressure. This one is definitely more intensive. And I think because it’s more intensive it’s more helpful, because you actually focus on [doing] better.”

Like Donnelly, Manoli was looking for a change in his schedule to counter his usual study grind.

“I think one reason I took it in addition to getting better at drawing is because I have two test-heavy and study-heavy classes, and I wanted to take two very different classes,” Manoli said. “Not only is the work different, but the type of thinking is different, and I’ve had a lot of semesters where I’ve only had science classes, only test-heavy classes and it ends up being very stressful…. I think creativity and artistic expressions, stuff like those, are really important to foster even if you are a major out[side] of arts because, you know, creative thinking is important.”

Drawing may not be Manoli’s top choice among visual arts: he also enjoys painting and hopes to take it in near future before graduating. Furthermore, he plans to continue enjoying various aspects of art beyond his time at Wesleyan.

These four students show that your major does not limit your academic life at Wesleyan. Thanks to the emphasis on liberal arts, everyone can pursue their artistic interest no matter what else they study, or what their past experience has been.