The Glitch Mob Misses The Mark on Love Death Immortality 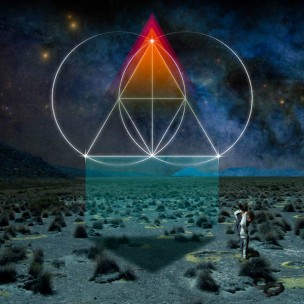 Four years after The Glitch Mob’s album debut, Drink the Sea, the LA-based trio has returned with a more mainstream effort, the grandiosely-titled Love Death Immortality. Moving away from the band’s hip-hop roots to embrace a synth-heavy, dubstep-inspired style, the majority of these new tracks fall short as dance music and fail to captivate enough to stand on their own.

The Glitch Mob got its start performing live in clubs in Los Angeles and San Francisco, and its songs have, in the past, reflected a nuanced engagement with the listener. Displaying a careful balance of consistency and complexity of beat, fan favorites such as “Fortune Days,” “We Can Make the World Stop,” and “Warrior Concerto” were as inventive as they were catchy. Lacking the triteness of conventional electronica, they relied on melodic hooks rather than on the inevitable beat drops and escalating synth that characterize the genre.

Unfortunately, the self-produced Love Death Immortality suggests the band may be resting on its laurels, delivering for the most part a mix of stock beats and mumbled vocals that barely hold the listener’s attention. The album’s opener, “Mind of a Beast,” introduces a beat that recurs, with some subtle variations, throughout the following nine tracks. Rather than titillate the listener with its familiarity, the beat becomes increasingly stale and overworked by the third or fourth iteration. Combined with most of the songs’ incessant and predictable drops and climaxes, this repetition creates a feeling of sameness throughout the album and makes the occasional warped, inarticulate vocals (in tracks not featuring other artists) seem all the more superfluous.

The Glitch Mob’s use of outside vocalists, however, is equally shaky at times. As can be expected with electronic music, where the focus is on thump and throb, the lyrics leave something to be desired. In “Our Demons,” featured singer Aja Volkman is forced to croon, “You took the honey from the queen bee keeper,” a line that bears no relation to the chorus, “No wonder, you got demons,” and clashes metaphors with “No wonder, you’re so stubborn/nobody ever made you dig deeper.” Volksmans refrain of “You Got Me Out of Control” puts a similar damper on “I Need My Memory Back,” echoing over the beat drops without ever fully integrating into the track.

Yet among Love Death Immortality’s highlights are the remaining three tracks featuring outside vocals, “Becoming Harmonious,” “Fly by Night Only,” and “Beauty of the Unhidden Heart.” Once the initial auto-tune drops away in “Fly By Night Only,” singer Yaarohs’ silky voice takes center stage and provides a melodious interlude in a track that otherwise makes use of harsher beats. In “Becoming Harmonious” and “Beauty of the Unhidden,” vocalists Metal Mother and Sister Crayon, respectively, direct the delicate beat instead of being overpowered by it, resulting in two of the richest and most satisfying tracks of the entire album. “Beauty” in particular makes for an elegant and unanticipated closer, gratifying the listener while simultaneously countering the rest of the album’s more aggressive tone.

Preview track “Can’t Kill Us,” currently the group’s most popular on iTunes, also reveals that The Glitch Mob is still capable of working its old magic. With a twangy, almost rock-influenced sound, it enchants without leaning on vocals and returns to the clever, haunting hooks that earned the band its fame.

In exactly a month from the release of Love Death Immortality, on March 11, The Glitch Mob will be back on tour to perform in venues ranging from Coachella to the Moulin Rouge. Whether the new album will succeed in enthralling concertgoers will no doubt prove its truest test, and one whose outcome will play a key role in the band’s revival after its three-year hiatus. Fans of the trio’s previous work may be underwhelmed at first, but among the album’s disappointments are songs of great potential, whose presence is testament to the band’s capacity for an even more innovative and intelligent comeback.