Valentine’s Day Movies Sure to Ruin a Romantic Night Out 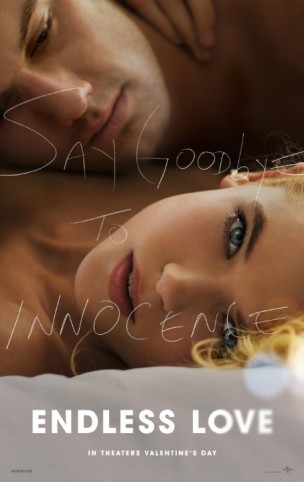 Valentine’s Day is finally here, and going to the movies can be a great start for a romantic evening. However, the movie choices this year leave something to be desired. Though “Endless Love” and “Winter’s Tale” are being advertised as the perfect additions to a romantic evening out, neither are worth your money. Take my advice and avoid watching these two movies, at least on Valentine’s Day.

Pretty girl? Check! Handsome boy? Check! Love at first sight? Double check! The handsome boy is a bad guy? Spot on! “Endless Love” is this year’s over-hyped Valentine’s Day movie, meaning that it’s a complete waste of two hours of your time. This remake of Franco Zeffirelli’s heavily-panned 1981 movie of the same name is actually the second adaptation of the book by Scott Spencer.

The story is nothing you haven’t seen or read before. David Elliot, played by Alex Pettyfer, is an affable boy with a corrupt history. He falls in love with the privileged Jade Butterfield, played by Gabriella Wilde, only to be stopped by her parents, who try to keep them apart.

Although Gabriella Wilde’s role in the “Carrie” 2013 remake was promising, no acting power can overcome Endless Love’s poorly-written script. On the other hand, Alex Pettyfer turned heads after his role as a male stripper in “Magic Mike.” “Endless Love” is a little less racy than “Magic Mike,” featuring lots of kissing, jumping, and frolicking, yet the two strip down whenever they are alone. If you enjoyed Pettyfer in “Magic Mike,” you can probably get through this one without falling asleep.

“Endless Love” has been heavily advertised as a Valentine’s Day date movie, yet its unimpressive script renders it a flop. The ads are all over Facebook and YouTube, trying too hard to appeal to both male and female demographics when the movie will probably end up doing poorly at the box office.

Many people, including me, were sure “Winter’s Tale” would be the perfect Valentine’s Day movie, yet the early reviews warned us all of another disaster. The movie has lower ratings than “Endless Love” in early reviews, which means that watching its trailers and teasers over and over again is a better financial bet than shelling out the cost of an actual ticket.

Based on a the 1983 novel by Mark Helprin, “Winter’s Tale” is the story of Peter Lake, played by Colin Farrell, who falls in love with a girl dying of tuberculosis. Nothing is out of the ordinary until you add some magic powder to it and throw some time travel into the mix. As seen in the trailer, the plot is both interesting and confusing at the same time. The only thing that kept me waiting for something better was the promise of Russell Crowe as the villain in this movie. Unfortunately, we are living in times where even Russell Crowe can’t prevent movies from being sent to the hall of shame.

From his unbelievably awful portrayal of Alexander the Great in 2004’s “Alexander” up to the recent box office bomb “Dead Man Down,” Colin Farrell has lost his star power. Where Farrell goes, disaster follows. Even a small role in the beautifully crafted “Saving Mr. Banks” was not enough to redeem him.

Make no mistake, “Winter’s Tale” is a wonderful story about the power of love and the novel certainly belongs on your shelf. It is much cheaper than a ticket to another unsuccessful adaptation, and you can read it over and over again without regretting it.