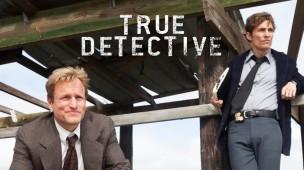 As storytelling has progressed, its modes and systems have grown in number and complexity. Film, literature, and television, as the decades and centuries have slipped by, have continued to add to the narrative canon, filling it with genre and subgenre by the multitudes: the Western, the Hard-Boiled Detective Novel, and so on. If there were a genre of entertainment that were to define our current media culture, it would be the police procedural, which has captivated viewers across the country in so many forms (“CSI,” “NCIS,” “Law and Order”), all reveling in technical grace and shameless gristle.

It is from this cultural moment that “True Detective,” HBO’s new crime drama, has seemingly sprung. Anyone who watches an episode cannot help but notice the use of that genre’s tropes: the ill-fitting detective partners; the strange, overly complicated killings; the attention to the process of detection. Anyone who has watched any of the season’s three episodes thus far could also tell you how much of an oversimplification that mode of interpretation will produce and how gravely it will rob the show of what makes it special.

Nowadays, so many police procedurals are desperate to transcend the banality of their genre. They throw in twists and complications, odd premises and setups (looking at you, “Intelligence”), all to distract from the straightforwardness of their trajectories. “True Detective” also attempts to escape the shackles of its genre, but it does so in a unique way. Rather than festooning its systems with intricacies, it strips them bare. Here, there are few narrative quirks and fewer structural gimmicks. Yes, the show plays with flashback and flashforward, but it does so in a blatantly simple way. There is nothing here but the basics—skeletal, athletic, and vibrant. And oh, does it work.

The setup of the show is simple. Matthew McConaughey and Woody Harrelson (circa 1995) are hunting a killer in Louisiana. This is their first time working together. They don’t really mesh. Their attempts to solve the case are interspersed with future interviews, conducted following the closure of the case, due to a sudden resurgence in the killings. They like each other even less now.

The reason I now rabidly recommend “True Detective” is because of its humanity, and the way it uses its tone to convey that. For all intents and purposes, the crimes on this show do not matter. They are incidental. They are catalytic. But they are not central. Rather, they are the impetus for the interactions between these two men, both of whom are broken, hungry, and struggling. They spend their time in the car arguing about God and the fate of humanity. They snap at each other over petty things. With the deftness of the scripting and the compassion of the acting, these things begin to move away from the world of tropes, and into the realm of true representation.

In a lesser show, McConaughey’s nihilistic ramblings or Harrelson’s pious rebuttals would seem ham-handed, but here they do not; they stem not from the show’s agenda or its thematic makeup but from the souls of those who spew them. They are the intellectualized externalization of these characters’ need to make sense of sin—theirs and that of the community in which they are charged to carry out justice. They talk not for the viewers, but for themselves. Watching the exchanges in that squad car, it’s clear that, were these characters to realize someone was listening in, they wouldn’t care. They’re not trying to sound smart. They’re not trying to sound anything.

It is this sense of fractured, wounded realism that allows the show to move forward as deftly as it does and imbues the show’s overtly Southern Gothic aura with a sense of purpose and true, deep unease.

It would be easy, upon first glance, to compare the use of this mood to one of HBO’s other recent standards, “True Blood.” This would be a mistake. Where “True Blood” used its tone to add menace and intrigue when the writing lost steam, “True Detective” effortlessly connects its tonal approach with its underlying concerns. The Southern Gothic vein of literature, lest we forget, was never about pure horror. Rather, it was about examining the wounds of a spiritual, geographical, and social community, wounds both self-inflicted and inflicted by others. Southern Gothic, just like those intermittent debates between partners, is an externalization of a soulful fear. This is what defines “True Detective.” This is what makes it worth watching.