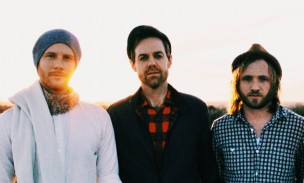 Combine rich, instrumental layers and sweet vocal harmonies and the product will likely resemble the musical sound of Dallas folk group Fox and the Bird. About two years after the release of its first full-length album in 2011, the band began working on its most recent record, Darkest Hours, which was digitally released on Tuesday, Jan. 14.

In 2008, a group of Texas musicians began holding living-room gatherings in an effort to learn songs the others had written. Out of these relaxed meetings, a concrete band emerged. Fox and the Bird included four founding members, one of them frontman Dan Bowman of Rockaway, N.J. Inspired by the lyrics of the title track of their first album, Floating Feather, the group dubbed themselves Fox and the Bird.

“[Floating Feather] is a somewhat autobiographical account of a relationship between two people that are the antithesis of one another,” Bowman wrote in an email to The Argus. “A relationship that doesn’t make sense. ‘It’s just like you’ve heard, you take the fox and the bird, and try to make ‘em friendly for a day.’”

Though a total of 13 members have contributed to the project, Bowman is the only remaining member of the original four. Today, the band consists of drummer, percussionist, and ukulele player Paul Grass; violinist Petra Kelly; and banjoist and musical saw player Jacob Metcalf.

Being part of a band is not a new experience for any of the current members. Grass has performed in local rock and roll bands, but his work with Fox and the Bird is his first time playing folk music. Kelly was also exposed to other musical projects and has been involved with several Denton, Texas bands, such as Spooky Folk and Hares on the Mountain. Along with his contributions to Fox and the Bird, Metcalf performs under his own name with another group of musicians (Bowman even acts as a full-time musician in Metcalf’s group).

Deriving musical inspiration from bands like The Low Anthem, Phosphorescent, and The Bowerbirds, the band is identifiable by its textured sound and well-balanced vocals. Songwriters such as Sarah Harmer and Gregory Alan Isakov have helped the group further develop its lyrical repertoire. The composing effort is not the handiwork of a single member, and even former band members contribute to current songwriting endeavors.

Regarding their newest album, the members of Fox and the Bird are excited to share the product of their hard work with family, friends, and fans. After eight months of recording, mixing, and artwork, Darkest Hours was more than ready to be released to the public this January.

Compared to Floating Feather, the band scaled back in relation to the number of people holding each responsibility in the production process. Though 10 or 12 musicians were prominent on the first record, only 6 were in the studio for the current one. As a result of downsizing, Bowman believes that Darkest Hours is a more cohesive album than its predecessor.

“We are proud of these recordings,” Bowman wrote. “This album feels honest to us. We hope that the album translates to listeners and is relatable because of the honesty of the songwriting. I hope to see this project assist us in our goal to stretch our reach regionally and nationally and, additionally, to open up new avenues for us internationally.”

Where the band’s first album is a bouncy tribute to love and life, Bowman described Darkest Hours as a fitting title for a truly candid record. Though the new album deals with gloomier subject matter, it still maintains an air of optimism.

As the band promotes its music, its members hope to tour and release albums more frequently, and they look forward to collaborating with the artists they have been inspired by over the years. Though no dates have been officially publicized, the band plans on touring in the Midwest to promote the new album. In the meantime, the best ways to listen to Darkest Hours and other Fox and the Bird music include CD Baby, iTunes, and Spotify.