Director of Development To Depart 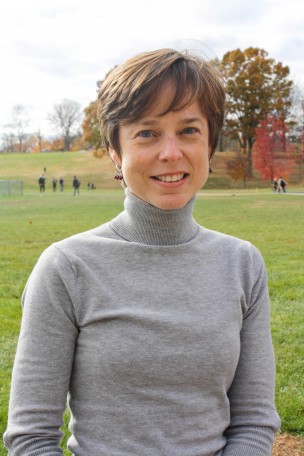 “It was so hard to decide to leave Wesleyan, it really was,” Bergen said. “I feel so incredibly lucky to have been at Wesleyan for so many years. [Vice President for University Relations] Barbara-Jan Wilson…with whom I’ve worked closely for a long time, has helped me develop professionally, keeping me engaged with new responsibilities, opportunities, and projects, and I’m very grateful for her mentoring and support.”

Wilson noted her disappointment at seeing Bergen leave the University.

“I am delighted for Anne about this wonderful opportunity for her and her family, but deeply sad to lose such a valued colleague,” wrote Wilson in an email to The Argus. “[She] has been a significant contributor at Wesleyan for the past 14 years [….] Of particular note was her work with Pentagram, the creative genius behind the [“This is Why”] campaign. A skilled fundraiser and a strategic and creative force in [University Relations], Anne’s work has had a major impact at Wesleyan.”

Bergen reflected on the fundraising campaign, on which she began working when President Michael Roth replaced former President Douglas Bennet. Due to the recession, the campaign was not launched until the spring of 2012.

“We learned that people were clear on what their Wesleyan was about, but they didn’t want the administration of the University to tell them why Wesleyan was special because they were Wesleyan and they knew better than any administrator why Wesleyan is important,” Bergen said. “I think that’s a great part of the Wesleyan culture: the questioning and the resistance to listening to ‘the man.’ In response, we said, ‘Well, let’s not tell them why; let’s ask them why.’”

The campaign, as Bergen sees it, has been a success.

“It’s been so much fun because people’s responses are so wonderful, and it seems to be resonating with our alums,” she said. “Alumni and parents are being really generous to Wesleyan, and that makes a big difference for students and faculty.”

Bergen’s decision to explore options beyond the University came this summer, after the launching of the campaign.

“It seemed like time for a new challenge at this point in my life and in my career,” she said. “I started looking around a little, and when the position at Brearley came up, I thought I would explore it. Everything I’ve learned about Brearley has been so fantastic…. When I was fortunate enough to be offered the position, I accepted.”

In the coming months, University Relations will work with Human Resources to begin the search for a new Director of Development.

“We plan to talk with Barbara-Jan Wilson and identify the needs,” said Director of Human Resources Julia Hicks. “We’ll see if there are any changes to the job description and what her organization plans are.”

Hicks expects that, in the interim, other members of University Relations will take charge of Bergen’s responsibilities.

“There are some senior development officers on staff who will pick up some work,” she said. “The work is kind of spread amongst those that can pitch in and help out. There’s not a black hole; the contacts are made, and we try to keep everything as smoothly flowing as possible.”

Wilson commented on the nature of the position that Bergen will assume in January.

“She leaves us to take on an exciting new challenge at Brearley […][which] is recognized as one of the top [girls’] schools in the nation and a top prep school overall,” Wilson wrote. “She will report directly to the Head of School, and will be charged with leading Brearley’s philanthropic program to new and greater levels of productivity and distinction, engaging the entire Brearley community.”

Though she expects to draw on the experience she has gained at the University, Bergen also acknowledged the differences between fundraising for a college and for a small day school.

“Brearley is a much smaller school than Wesleyan, so it has fewer alums, and, of course, the alumnae are women,” Bergen said. “Parent giving is more pronounced in a K-12 school—although Wesleyan parents are also very generous—so I’ll be working with women alums and parents more specifically, and I look forward to that.”