On Sept. 19, The Daily Meal published an article titled “60 Best Colleges for Food in America for 2013,” ranking Wesleyan at 29. The Daily Meal is a culinary blog and website that publishes recipes and reviews online. This ranking is the second review of college food that the website has published; Wesleyan did not rank on last year’s list, which was titled “52 Best Colleges for Food in America.”

Dana Kaufman, the author of this year’s article, prefaced the list by explaining the need for such an evaluation.

“Last summer, The Daily Meal conducted an eye-opening study, building on our previous ranking, that examined the most outstanding campus dining at nearly all of the approximately 2,000 four-year colleges across America,” Kaufman wrote. “We discovered some schools that gave their students top-notch dining experiences, while others failed to pass even the most simple health inspections.” 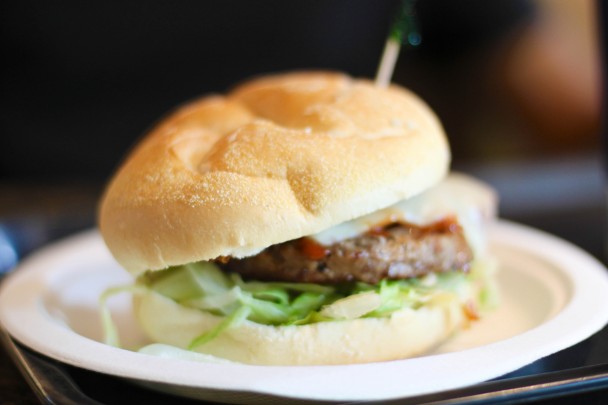 “For this year’s second annual study, we had a few goals in mind when revamping the list: to see if the schools that wowed us last year were still maintaining culinary perfection; to see the improvements some of the average dining programs have made to possibly rise in the ranks; and to see if any colleges that didn’t make the cut last year have begun to see the importance their dining services have to students,” Kaufman wrote.

Eat/Dine Editor of The Daily Meal Dan Myers described the selection process for the rankings.

“We examined the dining programs at nearly every single college in the country and ranked them accordingly,” Myers wrote in an email to The Argus. “While we couldn’t visit and eat the food at every college, we did visit each website, spoke with administrators, analyzed student reviews, and assembled our rankings accordingly. We didn’t judge just on the flavor of the food, but by variety, freshness, sustainability, and efforts to listen to the students.”

The ranking was unknown to the University’s culinary staff until recently, when Bon Appétit Executive Chef Brian Dagnall discovered The Daily Meal’s online list. Because the University was not ranked on last year’s list, and the list is not highly publicized, the ranking came as a surprise and garnered mixed reviews.

“I was surfing the Internet, and I found [the ranking],” Dagnall said. “There’s what—7,000 college and universities in the United States? So to be in the top 29, that’s not too shabby.”

The ranking was based off of five main criteria: healthy food and whether the food is local and sustainable; accessibility and service; events and nutritional education; student feedback and social media; and the X-factor, or something that sets the university apart from other institutions.

Wesleyan did not rank as highly as other small liberal arts colleges, such as Middlebury College, Tufts University, or Bowdoin College. Dagnall commented on the ranking, comparing his experiences working at Wesleyan to his time spent at other universities.

“I think it’s more of a popularity contest,” Dagnall said. “If you look at the schools that are ranked in the top 10 you’ve got Stanford, you’ve got MIT. Let’s just say Wesleyan’s food program is up there with a lot of the top food programs in the United States.”

This ranking follows the University’s 2012 and 2009 number one rankings on peta2’s list of Most Vegan Friendly Schools.

“We did the peta2 vegan competition, and it was student-drive pretty much,” Dagnall said. “I think that’s primarily why we won—we do have a huge vegan base on campus. We do have a strong vegan program. Not only in the lunch category but in dinners as well. So I know that drove a lot of it.”

Dagnall has visited many of the top schools on The Daily Meal’s list and maintains that Wesleyan should have had a higher ranking.

“I worked at MIT, so I know the food program there, and I spent a lot of time in Boston,” Dagnall said. “I know a lot of the schools that ranked up in the top 10, top 20, and I think we’re far better….I think we should have been in the top five or ten.”

Kaufman stressed that all of the universities and colleges ranked on the list have excellent food and are making strides to improve their culinary culture.

“While the hierarchy might be changed [from last year’s rankings], all the schools on our list still go above and beyond the call of duty,” Kaufman wrote. “And while there is a clear hierarchy, we’d be happy to eat at any of the colleges on this list. The truth is that life can be pretty delicious if you’re an undergrad.”