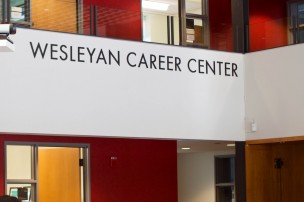 With rising college tuition costs, graduating early provides an appealing option for students looking to save thousands of dollars. Shortening the campus experience also means fast-tracking post-grad plans. Just last year President Michael Roth discussed his own experience of graduating in three years from Wesleyan in an article for The Washington Post.

“I loved my alma mater, but it seemed expensive even in the 1970s, and so I became a sophomore during my first year,” Roth wrote. “The campus offered me countless opportunities, and I ran after them: I was president of my (co-ed) fraternity, published fiction, took music lessons, held down more than one job, and sought to excel in my classes. At the time, I thought that given the fact that I was going to be at school for only three years, I’d better take full advantage of everything there that I could.”

Both Roth and the administration have promoted the three-year plan as a way to increase accessibility and reduce student debt, but they emphasize that it is not the best option for every student.

“The three-year option is not for everyone, but for those students who are able to declare their majors early, earn credit during Wesleyan summer sessions, and take advantage of the wealth of opportunities on campus, this more economical path to graduation can be of genuine interest,” reads the University’s website.

For many students, the decision to graduate early, though worthwhile, is daunting.

“It’s a tough life,” said Ho-Jae Cha ’14. “It’s a lot of time commitment. You really have to give up your sleeping time.”

Cha, an English and philosophy double major, is an international student from Korea who began his freshman year at the University in the class of 2015 but will instead be graduating this spring with the class of 2014.

“On average, I sleep two to three [hours per night],” Cha said. “It was definitely hard freshman year not sleeping, but it’s sort of like, practice makes perfect. Last year, I pulled an all-nighter about twice a week.”

Cha works three on-campus jobs, participates in four clubs, and has taken up to seven classes in one semester. This year, he is also studying for the LSAT and the GRE.

“I work twenty hours a week, and that means giving up twenty hours of time to potentially have a meal with friends, go work out, just hang out, or do homework,” Cha said.

Nevertheless, Cha recognizes that his situation may be unique in that he has had more difficulties trying to complete all the requirements for his double major. Initially, Cha had set out to complete a Government degree as well and took several courses in that department during his first year.

Most three-year students must enter the University knowing what their paths of study will be. Four-year students are afforded the luxury of time to figure it all out.

“I went into college knowing exactly what I wanted to do, what my major was, and I completed a lot of my requirements my first semester,” said Ryan Graff ’14, a Molecular Biology and Biochemistry (MB&B) major. “I knew specifically what I wanted with each step, which is why I think I was able to do this. I would only recommend it if you think you know and have known for a while. If you know what you want, it can easily be done in three years.”

Graff first realized he had the potential to graduate in three years during his first semester sophomore year. By applying credits he had earned in high school and through research he had completed over the summer, Graff was able to join the class of 2014. However, he soon realized that changing one’s class year presents problems when it comes to the social scene.

“I get emails every so often saying, ‘Come to the senior brunch or barbeque,’ but I don’t actually go because I feel like I don’t know enough people to go,” Graff said. “But I tag along to all the junior events, even though I am not technically a junior, because I feel like that’s where I belong.”

Graff also worries that he might only be invited to alumni events for the class of 2014 instead of 2015.

“Socially, I am not going to know my graduating class at all,” Graff said. “It will be weird to look around at graduation and not really know the people there, but hopefully the juniors will come to graduation.”

Although Graff acknowledges that graduating in three years makes the workload a bit tougher to handle, he does not think it’s unmanageable.

Graff also brought attention to a different type of academic challenge: forming strong relationships with professors in a shorter period of time.

“It would be a little bit nice to get to know the faculty more than I do,” Graff said. “In three years, you don’t get the same connections you would get in four. Freshman year you are in huge intro classes, sophomore year you are starting to meet professors you like, and it is only in the third and fourth years that you can really start to make intimate connections with your professors.”

Studying abroad was another opportunity that both Cha and Graff were unable to participate in and one of the main deterrents in their decisions to study at Wesleyan for only six semesters.

“Ultimately, I do want to receive the best education possible because studying at a place like Oxford is a great opportunity to expand my horizons, but then I considered the economic factors of studying in Europe for a year, which would be more expensive than Wesleyan,” Cha said. “[I also wondered], what if Oxford doesn’t give me the benefits that I had hoped for? So I stuck to the plan. Our English department is great; how much can I miss?”

Both Cha and Graff hope to pursue higher education abroad even though they will not study abroad as undergraduates. Cha plans to eventually study in Europe, and Graff hopes to teach in Africa.

“I want to take a couple of years off,” Graff said. “I want to spend a year in Africa to teach kids math and science and volunteer at an HIV clinic.”

Julie Hsia ’14, who is a Chemistry and MB&B double major and chose to graduate one semester early, did not study abroad. However, she notes that her decision was by choice, not by necessity.

“With science majors, the requirements are so specific, and they would rather you not do it elsewhere,” Hsia said. “But I probably could have worked to time it, as there have been semesters where I did not take only science classes, so I could have studied abroad.”

Hsia has always been a member of the class of 2014; she realized last spring that she could graduate a semester early, because due to their lab work, science majors tend to accrue credits more quickly than students in other majors.

“I didn’t like enough of the spring classes and the more I thought about it the more it seemed right for me,” said Hsia. “My friends said, ‘You should stay because it’s our senior year,’ but they understand.”

Unlike Graff and Cha, Hsia hasn’t run into any major social problems with her decision to graduate early, as she will still have the opportunity to come back for senior week and graduate with her friends in the spring.

From what these students had to say about their college experiences, it seems clear that while the three-year option can make it hard for students to get a “full” Wesleyan experience, it can also be an invaluable fast track for students who arrive at the University knowing exactly what they want.