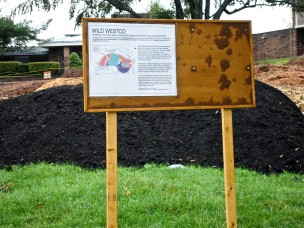 Last year, Wesleyan Students for Real, Ethical, and Sustainable Habits (WesFRESH), a student group dedicated to raising awareness of food issues, attempted to start the construction of a greenhouse on campus. Though the construction proposal was approved and $30,000 was allocated from the Green Fund for its completion over the summer, Physical Plant officials determined that the proposal was a logistical impossibility and postponed the project indefinitely.

WesFRESH first seriously considered trying to implement this proposal in September 2010 after discussing the idea of a new greenhouse on campus for three years. Working with Long Lane Farm and Bon Appétit, members of WesFRESH planned to build the greenhouse in order to grow a variety of food for dining purposes at the University.

The greenhouse would have allowed students to participate in agricultural production throughout the school year.

“[We wanted] to have a space on campus for extended, experimental agriculture,” said Andrew Pezzullo ’13, a member of WesFRESH. “The farm does [this too], but it does most of its work in the summer and so the rationale behind the construction of a greenhouse would be that we would extend the season on both ends.”

WesFRESH also hoped to save energy by building the greenhouse near the Middletown power plant on the corner of Williams and High Streets. According to Pezzullo, the heat that came from the power plant could be used to heat the greenhouse during the winter.

“This type of greenhouse would be able to produce a pretty diverse array of vegetables through the wintertime without using much energy,” he said.

After hearing the proposal for the greenhouse earlier this year, the Green Fund Committee was eager to get behind the project.

“I thought it was really great,” said Green Fund Committee Chair Evan Weber ’13. “We had been in contact with the people behind the project for most of the year, so we knew what kind of ideas they had. I thought it would really help attain food sustainability on campus in a tangible way while also educating people about food sustainability.”

During the summer, members of WesFRESH prepared to begin the project by hiring a contractor and working on getting approval from both the Middletown Zoning Commission and the University Physical Plant.

According to Pezzullo, Associate Vice President for Facilities Joyce Topshe determined that the planned location of the greenhouse made the project unfeasible and a logistical impossibility. Furthermore, she believed that such a project could take up to six years to complete and would cost around $120,000. Because of these reasons, she withdrew her support from the proposal.

“If she had been interested, then she had the capacity to make this a lot easier for students.” Pezzullo said. “[We were told] students need to do everything and yet [we heard] ‘You guys don’t know how to do these things because you haven’t been trained in the ways of bureaucracy, construction, and administration.’”

Because the project has been benched, the money set aside for the development of the project was returned to the Green Fund.

Since that time, WesFRESH has been working on modifying the project by contacting several University administrators and proposing an alternate location for the greenhouse—Long Lane Farm.

Pezzullo believes that the initial plan of locating the greenhouse on Williams and High Streets is, at this point, unlikely to come to fruition.

“There’s been a rethinking of what the greenhouse should look like,” Pezzullo said. “[Putting it on Long Lane] would be a downfall visibility wise, but on the other hand it could increase the number of students, faculty and staff participating in the really open space.”

Though Pezzullo doubted the greenhouse would be built soon, he speculated that it might be possible within the next two or three years. He also said he believes that the implementation of the idea would be a great benefit to the larger University community.

“[The greenhouse] continues to be a spectacular opportunity for Wesleyan to showcase what it talks about all the time—its greenness and its sustainability,” Pezzullo said. “It’s essentially a mantra that appears in the most basic of literature about Wesleyan. It’s these types of student-initiated large-scale projects that will make people on, and off, campus realize that Wesleyan has committed itself to sustainability.”